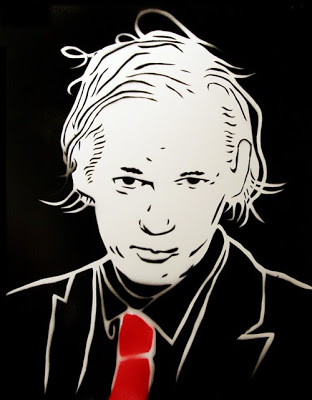 Is Julian Assange crazy to want to go to Ecuador, of all the obscure places on this globe?

QUITO, Ecuador — After the UK waived the right of Julian Assange to resist extradition to Sweden, Assange took refuge in the Ecuadorean Embassy in London. He is seeking political asylum in Ecuador to avoid prosecution in Sweden and possible deportation to the United States for exposing state secrets via Wikileaks.

Western media are second-guessing Assange’s choice. Is he crazy to want to go to Ecuador, of all the obscure places on this globe? UK and U.S. officials are already putting pressure on the government of Ecuador to hand Assange over for prosecution for violating the terms of his bail. That pressure will no doubt intensify.

The United States and Ecuador have been on touchy terms since Correa’s presidency began in 2007. Correa refused to renew the U.S. air base in Manta, on Ecuador’s Pacific coast, choosing instead to open an oil refinery there in partnership with Venezuela’s Hugo Chavez. Correa said at the time that he would be glad to let the U.S. maintain its base in Ecuador if Ecuador were allowed to open a military base in Florida. Rafael Correa is not likely to be easily intimidated.

Critics of Assange’s decision to seek asylum in Ecuador cite Rafael Correa’s crackdown on oppositional media. From the start of Correa’s term in office, media have attacked him politically and personally. He has responded with law suits, prosecutions of individuals and confiscations of media outlets, accusing his critics of colluding with the largest banks against the interests of the majority.

Correa’s censure of local media has brought him international criticism from organizations such as the Committee to Protect Journalists and the Inter American Press Association. Under intense international pressure he pardoned several high-profile journalists who had been fined and sentenced to prison. To oppose a free press would seem a vile act. But opposing a Murdoch-like press, itself a vile species, is much less so. Quoth A.J. Liebling: “Freedom of the press belongs to those who own one,” aka the 1 percent.

Critics who believe Correa’s press crackdown should give Assange pause fail to realize that both men abhor media corruption, especially the complicity of mass media with governmental and financial interests and pressures.

Changes in the new Ecuadorean constitution, written since Correa took office, have empowered the environmental movement on several fronts, on land and at sea. Assange will find Ecuador one of the greenest governments on earth. And with his popularity at a continued unprecedented high, Correa is highly likely to maintain the country’s presidency in the upcoming 2013 elections. So there would be no likely radical change of policy in the foreseeable future.

Though it’s a small country, Ecuador is ethnically and environmentally diverse, with lovely tropical coast, high volcanic Andes, and Amazon rainforest. Indigenous peoples and Afro-Ecuadorians enrich the culture. Increasing numbers of U.S. retirees are choosing to move here. So while Ecuador may seem like a “last resort” for Julian Assange, he will actually have a number of resorts — and climates — from which to choose.

Mr. Assange will also find more than adequate high-speed Internet connections available, at least in the urban areas. It’s not exactly a hardship post. And at least some of us who have chosen to live in Ecuador would be proud to have Julian Assange as a neighbor. There’s a perfectly comfortable two-bedroom apartment downstairs from us that’s currently available.

Julian, come on over!

[James McEnteer is the author of Shooting the Truth: the Rise of American Political Documentaries (Praeger 2006). He lives in Quito, Ecuador. Read more of James McEnteer’s articles on The Rag Blog.]

3 Responses to James McEnteer : Julian Assange, Come on Over