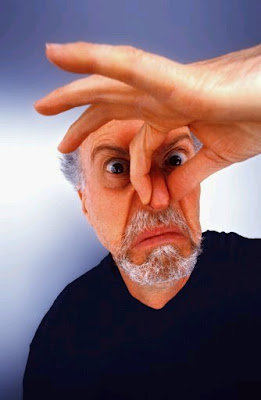 Senate Majority Leader Harry Reid: ‘In the summer, because of the heat and high humidity, you could literally smell the tourists coming into the Capitol.’
By Jim Hightower / December 19, 2008

Perhaps you are as excited as I am that, at long last, our Congress critters have delivered for us!

Health care for all, you ask? No, not that. A real economic recovery program? Uh… no. An end to the Iraq war? No, again. Instead, what the lawmakers have produced for us is (hold on to your hat, now) a new Capitol Visitor Center!

Yes, if you and your family go to Washington to absorb a bit of the majesty of our country’s democratic institutions, a brand spanking new, 580,000-square-foot facility is now open for you and me – America’s hoi polloi. So, instead of standing in line outside the Capitol building to take a tour, we can stand in line inside the center. At least it’s air-conditioned.

And having AC turns out to have been a big selling point to get congressional leaders to spend $621 million for this tourist holding pen. It’s not that they’re concerned about the creature comfort of the 3 million hometown folks who trek through the Capitol each year – it’s that they don’t want to have to smell us.

Smell us? Yes, Senate Majority Leader Harry Reid announced that the center solves one of our country’s most pressing problems: stinky constituents. At the opening ceremony for the facility, Reid offered this homage to the common citizen: “My staff tells me not to say this, but I’m going to say it anyway. In the summer, because of the heat and high humidity, you could literally smell the tourists coming into the Capitol. Well, that is no longer going to be necessary.”

It’s good to know that the sweaty masses will no longer be quite so offensive to our finicky salons – but wouldn’t it have been cheaper just to have the guards hose us down as we enter the marble halls? Besides, with all the stench that constantly comes out of Congress, who knew that a senator’s nostrils can even detect BO?

And Congress Won’t Have to ‘Smell the Tourists’ Anymore by Scott Ross / NBC Washington / Dec. 3, 2008

1 Response to Jim Hightower : Diminishing the Stench in Congress