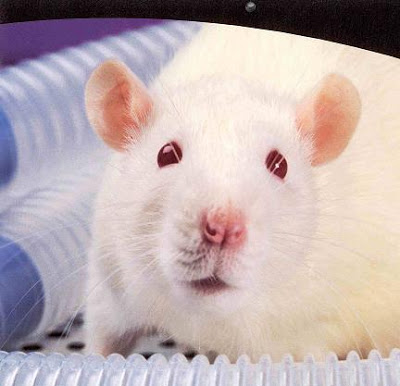 Time for another Gooberhead Award, presented periodically to those in the news who’ve got their mouths going 100 miles an hour – but forgot to put their brains in gear.

There are so many gooberheads in today’s story that it’s hard to tell who is the gooberest of all. It’s certainly not James Elliot, an Army veteran who came back from Iraq with PTSD. During his treatment by the Veterans Administration, he was recruited by VA doctors to be part of a behavioral study of Chantix, an experimental drug developed by Pfizer to help people stop smoking.

But no one told Elliott about one small detail: a side effect of Chantix is that it can make you suicidal. Not good for a PTSD victim. Sure enough, weeks into the drug test, he suffered a mental breakdown, got a gun, and ended up being tasered and arrested by the police.

Three weeks later, the VA finally notified the 940 other vets in the study that… uh… there could be a… uh… side effect. Unabashed, the lead doctor declared that Elliott’s breakdown was no reason to deprive veterans of “an effective method of treatment to help them stop smoking.” Well, yes, suicide is very effective at stopping smoking.

Then came the goobers in the White House to defend their VA appointees for running a dangerous human experiment on vets without telling them. Bush PR flack Tony Fratto hailed the “wonderful leadership” of VA secretary James Peake. Yet, when told that Elliott said he’d been treated like a “lab rat” by the VA, Mr. Wonderful responded that such a comment “hurts me.” Yeah Peake, it’s all about you! Then he said he saw “no evidence to suggest the study should be stopped.” Well, not unless you count Elliott’s breakdown as “evidence.”

So Secretary Peake’s attitude wins today’s Gooberhead Award – because he’s definitely the gooberest of all.