Beat poet, author of ‘The Beard,’ died in Oakland on May 4. 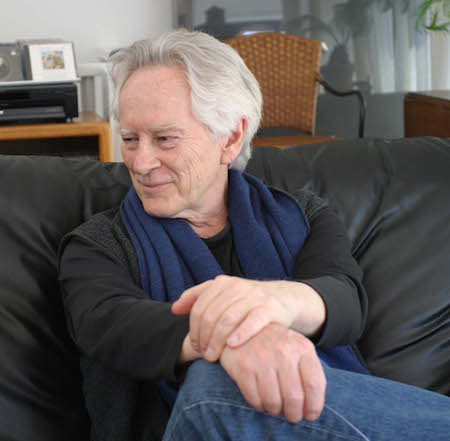 SONOMA COUNTY, Calif. — Along with a star-studded cast of Sixties personalities, among them Timothy Leary, Dick Gregory, Jerry Rubin, and Lenore Kandel, Michael McClure performed at the Human Be-In that was held in Golden Gate Park in San Francisco on January 14, 1967. That event, which preceded the Summer of Love, is said to have ushered in the era of sex, drugs, rock ‘n’ roll, and rebellion.

Of the five poets who performed their work at the Six Gallery, only one of them — Gary Snyder — is still alive, and he’s 90. Michael McClure, who was born in Kansas in 1932, died in Oakland, California, on May 4, 2020. He was 87. Lawrence Ferlinghetti, who attended the landmark cultural event at the Six, is still alive at 100, but he didn’t read any of his work. While he published the Beat Generation writers, he wasn’t really a Beat, but a bohemian, a painter, an anarchist and in a way petty bourgeois, as the owner of City Lights Books and City Lights Publishing. Too bad there aren’t more petty bourgeois individuals like him.

McClure was genuinely Beat and
part of the inner circle.

McClure was genuinely Beat and part of the inner circle, though he also carved out his own style of poetry and theater. Henry David Thoreau’s quip, “If a man does not keep pace with his companions, perhaps it is because he hears a different drummer,” certainly applied to McClure.

For years, McClure played music with Ray Manzarek of The Doors. I heard him perform at the Sweetwater Music Hall in Marin County, though he spent so much time rehearsing that when it came time for him to face the audience he was largely played out. The rehearsal, which went on for hours, proved to be more entertaining than the performance itself, though it was very cool, indeed, to see him and hear him on stage with the Grateful Dead’s Bob Weir. But then he was in his 70s.

In many ways, McClure was a poet’s poet who never enjoyed the large global audience that Allen Ginsberg created and then nurtured for decades. McClure also had a keen sense of politics, censorship, and artistic freedom. Early on, he recognized the chilling effect of the Cold War and McCarthyism on American culture, creativity, and moral values.

He helped to thaw the deep freeze that inhibited many, though not all writers, actors, publishers, moviemakers, and more. With real grace, which came to him naturally, McClure morphed from the Beat culture of the 1950s to the hippie culture of the 1960s. He kept going gracefully year after year, decade after decade. Like Ginsberg and Kerouac — who was in the audience at the Six Gallery, along with Neal Cassady and Natalie Jackson, the quintessential Beat woman — McClure was always experimenting with language and with form as one can see in his book, Ghost Tantras, and elsewhere. Some of his admirers called him “an American Shelley.” Like Shelley he was a romantic revolutionary.

Married twice, to Joanna Kinnison and Amy Evans — both of them creative in their own right — he shared a sense of shyness with Kerouac. About Diane di Prima, the author of Loba and Memoirs of a Beatnik, McClure said, “She might be the greatest living American poet.” He gave credit to women artists where credit was due.

When I interviewed McClure not long ago, I reminded him of the famous photo in which he appears along with Ginsberg and Bob Dylan. McClure said “Allen, Bob, and I hung out together in San Francisco, went to parties, and shared ideas. One day, Dylan said, “Let’s take a picture of the three of us.” Larry Kennan shot us behind City Lights; it’s Jack Kerouac Alley now.”

I also asked McClure what he added to the Beat mix. He said “I put mammalian consciousness into Beat literature. I expressed the biological aspect of humans. At the Six Gallery, I read about the slaughter of whales.”

McClure wrote the lyrics for “Mercedez Benz,” which Janis Joplin performed with heart and made famous. Before she performed the song she said, perhaps tongue-in-cheek, perhaps not: “I’d like to do a song of great social and political import.” It was that, indeed, albeit in a subtle way.