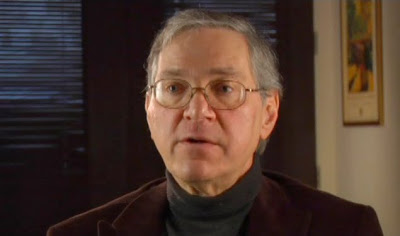 He grew up singing the lyrics to the anti-war ballad, “Ain’t gonna study war no more,” but all his adult life he’s studied war again and again. Since 1974, when his first book, War Without End, was published, until the present, Michael T. Klare has written 14 books about war, warfare, and weapons. No major war and few minor skirmishes in which the U.S. has been involved since the 1960s have escaped his critical gaze.

Perhaps before anyone else in his field of study, he saw that, even as the U.S. lost the war in Vietnam, Pentagon generals and U.S. cabinet members began to plan future wars. Klare has aimed to keep pace with them and to alert the public to the next global conflagration. He’s written about nuclear war, guerrilla warfare, and counterinsurgency, and he has exposed the machinations of the weapons industry in books such as American Arms Supermarket and A Scourge of Guns. Since the start of the 21st century, he has focused increasingly on global battles for control of oil especially in the Middle East.

A professor of Peace and World Security Studies at Hampshire College in Massachusetts, and the defense correspondent for The Nation, Klare speaks frequently about war and peace, and the economics and politics of the American Empire. Along with Noam Chomsky, Howard Zinn, Naomi Klein, and others, he has helped to educate Americans about the realities of power, wealth, and the corruption behind the promise of American freedom and democracy.

In the wake of the recent upheavals in Egypt and Morocco and the bombing of Libya, the time seemed right for an interview with an old friend, college classmate, and the foremost global expert on “War Without End,” to borrow the title of his first book.

Q: For nearly half-a-century, you have been a student of war. What do you think the Pentagon has learned in that time?

A: That public opinion at home matters, and that it must shape the media coverage of military issues as much as possible to ensure public support for what it regards as its primary mission. We see this, for example, in Defense Secretary Gates’s reluctance to become involved in a ground war in Libya, which he (correctly, I think) believes would not enjoy public support.

Q: What have you learned in the past 50 years?

A: My biggest discovery has been the centrality of resource competition in warfare. During the Cold War, it seemed that ideology was the driving force for war. I now see that as an anomaly. Since the dawn of “civilization,” humans have fought wars for land, water, slaves, furs, timber, spices, oil, and other resources.

Q: What surprises you the most about the current state of warfare in the world?

A: The degree to which wars are being fought with the simplest weapons — small arms and grenade launchers — rather than the super-sophisticated weapons that dominate military planning in the U.S. and other advanced industrial powers.

Q: Are you a pacifist?

A: No. My father fought in the Pacific during World War II and told me (as a young child) of his belief in the need to resist Fascism and Nazism, and I’ve always felt that I would have done the same if I were in his shoes. I haven’t seen any wars since then justifying the use of force by the United States on that scale.

Q: Do you think that Obama has turned out to be a copy of Bush when it comes to war or is he a different kind of warrior?

A: Obama is more like Bush I than Bush II. He is unwilling to use force in a preemptive or unilateral fashion, as in the 2003 U.S. invasion of Iraq, but he’s willing to use force in conjunction with other countries when he feels vital U.S. interests are at stake (the threat from terrorism in the case of Afghanistan) or fundamental human values (as in Libya).

Q: Secretary of Defense Gates recently told cadets at West Point that any military men who urge the president to send large numbers of ground troops to Asia or Africa should have his head examined. Do you agree with him?

Q: You grew up in a time when there were fears of nuclear war between the U.S. and the USSR. That never happened. Why?

A: We came very close to a nuclear war at the time of the Cuban Missile Crisis of 1962, when the leaders of both sides were faced with the very real prospect of mutual annihilation — and decided that nothing could justify such an outcome. After that, both sides took steps to reduce the risk of a nuclear conflict.

Q: Could you say how you were shaped in your thinking by the war in Vietnam?

A: I felt intuitively that U.S. intervention in Vietnam was not honorable like World War II, but rather was driven by crass realpolitik. At that time, I was studying to be an architect, but I found I couldn’t concentrate on my architectural studies and needed to learn about U.S. foreign policy and the strategies that led us into Vietnam. I wound up becoming a student of peace and conflict studies.

Q: Chairman Mao said the U.S. was a paper tiger. That doesn’t seem to be the case does it?

A: Mao was wrong about many things. He did understand, however, that the U.S. government is inhibited from its use of military force by U.S. public opinion and the U.S. public’s reluctance to become involved in a major land war in Asia. When U.S. public opinion supports the use of military force, as was the case in the first Gulf War (Operation Desert Storm) and to a considerable extent in the 2003 U.S. invasion of Iraq (for the first few months), the United States is no paper tiger.

Q: The U.S. seems capable of carrying on wars in at least half-a-dozen countries at the same time? How much longer can it go on doing so?

A: I don’t agree with that statement. President Bush found that the War in Iraq consumed so many resources that he abandoned the war in Afghanistan — hence the revival of the Taliban — and now President Obama finds that he must draw down U.S. forces in Iraq in order to step up the war in Afghanistan. Modern warfare — as conducted by the U.S. military — is enormously expensive and the U.S. no longer has the economic wherewithal to fight many wars at once.

Q: Will the so-called war on terrorism ever end?

A: Terrorism is a tactic used by irregular forces without access to funds and armies and will never go away. Washington’s “Global War on Terror” will end when some future administration discovers a greater danger — China, global warming, mass migrations, or whatever.

Q: Are terrorists the new equivalent of the old Communists?

A: This seems to have been the case after 9-11, but in the absence of any similar event since then, and the continuing deterioration of the U.S. economy, I don’t sense that it still holds true for most people.

Q: What will be the long-term repercussions of the war on terrorism?

A: A systematic decline in civil liberties enjoyed by most American citizens, along with an abiding suspicion and dislike of the United States in the Muslim world.

Q: You were part of the anti-war movement in the 1960s and 1970s. Are there lessons for today from those movements?

A: At that time, we largely viewed people in the Armed Forces with suspicion and contempt, if not downright hostility. Over the years, I have come to appreciate that most people in uniform are decent and believe in the value of what they are doing. I feel nothing but sympathy for the soldiers who have fought three or more dangerous, grueling tours of duty in Iraq and/or Afghanistan for what I consider to be misconceived strategic purposes.

Q: Do you own a gun? Have you ever fired a weapon?

A: No and no. But I have accompanied U.S. soldiers on live-fire combat exercises and have seen the effects of U.S. military firepower up close.

Q: The U.S. never seems to change its basic strategy of supporting dictators and dictatorships around the world. Is that how you see it?

A: Since World War II, American leaders have supported authoritarian regimes because they believed it was in America’s best interests to do so. They believed that the damage done to the societies involved was outweighed by the benefits received by the United States. The U.S. will have to abandon this policy in the face of global hostility. We are already seeing the beginning of the end of this policy in the Middle East.

[Jonah Raskin is a prominent author, poet, educator, and political activist. His recent books include Field Days: A Year of Farming, Eating, and Drinking Wine in California and The Radical Jack London: Writings on War and Revolution.]