He was an insurgent poet, feisty publisher, lover of the written
and spoken word. 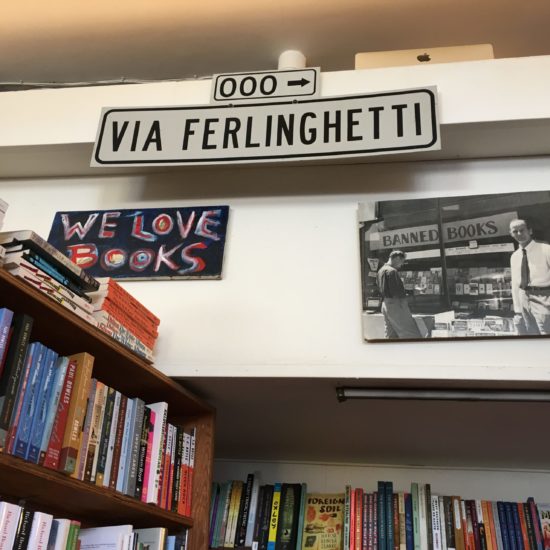 SONOMA COUNTY, Calif — He was a poet, a painter, a publisher, and a bookstore owner who helped to give birth to the writers of the Beat Generation, especially to the raucous work of Allen Ginsberg. Lawrence Ferlinghetti founded City Lights Books in 1953, along with fellow New Yorker, Peter Martin, who soon departed from San Francisco and returned to the East. Ferlinghetti died on February 23, 2021, at the age of 101. His Coney Island of the Mind has sold more than a million copies since it was first published in 1958.

Two years earlier, he published Ginsberg’s Howl and Other Poems, the best known book of American verse in the second half of the 20thcentury. In 1957, Ferlinghetti went on trial for obscenity. He was found not guilty. The judge ruled that Howl had redeeming social value. That verdict helped to open the door to avant garde and subversive literature for the next 50 or so years.

Though Ferlinghetti published many of the Beat writers, including Jack Kerouac, Gregory Corso, Michael McClure, Diane di Prima, and Bob Kaufman, as well as Ginsberg, he considered himself a pre-Beat who traced his literary ancestry back to the fifteenth-century French outlaw poet, François Villon.

City Lights Books started as a proverbial hole in the wall. It expanded decade by decade and became a Mecca for lovers of books and literature who flocked to 261 Columbus Avenue in North Beach from all over the world. Ferlinghetti’s own office was located on the second floor, and, while he was rarely seen in the bookstore, especially over the past decade or so, he was a visible presence in San Francisco often at a cafe and on the city’s streets. 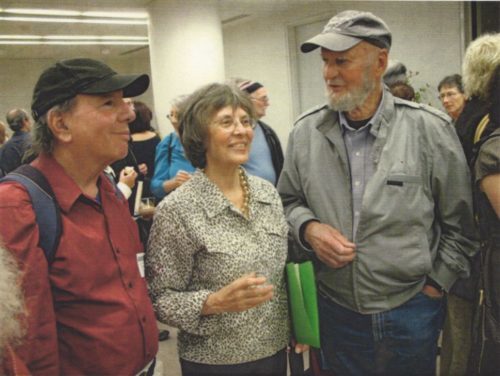 A philosophical anarchist who believed that the government that governs least is the best government, Ferlinghetti lambasted American presidents like Nixon and Trump, denounced the War in Vietnam, and in one of his best known poems called for “a rebirth of wonder.”

A world traveler, he was also the first poet laureate in San Francisco and the subject of Chris Felver’s 2013 documentary, Ferlinghetti. In the 1950s, he performed with jazz musicians. In the 1960s and 1970s, he lamented the decline of reading in the American counterculture, and aimed to revive the culture of the book. His age took a toll on his work as publisher, and, for the past decade or so he did less and less at City Lights and relinquished most of the reins to Elaine Katzenberger. Nancy Peters also played a vital role at the store and the publishing company. In recent years, City Lights has put into print more and more books by women and people of color. It has evolved even while it has retained much of the founder’s original vision.

In his most recent work, Little Boy, (2019) Ferlinghetti took the facts of his own birth and early years and turned them into the stuff of fiction. Born in Yonkers, New York, in 1919, he never knew his own father, and, while he was raised in part by a woman he called his “Aunt Emily,” he was for the most part an orphan and a waif who dropped his real last name, “Ferling,” and dubbed himself Ferlinghetti. No one who wanted to be on his good side, except for Ginsberg, called him “Larry.” He was always Lawrence.

Ferlinghetti will be remembered as a literary lion who showed in his own life and work that one doesn’t have to live in New York to enjoy a rich and satisfying career as poet, novelist, painter ,and publisher.

When he turned 96 in 2015, he was asked, “Are you a curmudgeon?” He replied “Everyone is a curmudgeon past the age of 70.” And on the changing face of San Francisco, he said, “Come back in 20 years and you won’t recognize it. Manhattanization goes on and on.” But he still loved the city that was his home for more than half a century. “In San Francisco you can still be an individual,” he said. “The city, what’s left of it, is the last frontier.” On that frontier, he took his last breath of ocean air.