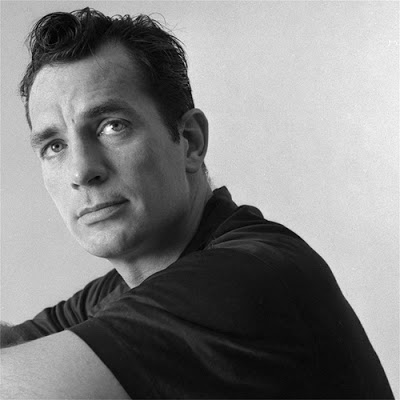 Woody Guthrie was right. Some will rob you with a six-gun, some with a fountain pen. A fountain pen was the weapon used in a case concerning the estate of Jack Kerouac. It began when he died in 1969, and it ended forty years later in South Florida this July where Judge George W. Greer — who first came to national attention as the trial judge in the Terri Shiavo case — made legal history in a case that has far-reaching consequences for Kerouac’s publisher, Viking Press.

Kerouac, of course, is famous not only for On The Road, but for his guidelines in which he offered practical suggestions to writers. “Scribbled secret notebooks, and wild typewritten pages, for yr. own joy,” he wrote at the top of the list he entitled “Belief & Technique for Modern Prose.” About copyright he was often silent and seemingly unconcerned. Still, he became increasingly vigilant as he aged and about his own literary estate he was adamant.

At the age of 47 and in declining health he wondered what might happen, “if I kick the bucket” as he put it. He was certain he did not want his third wife, Stella Sampas, or her brothers –- whom he knew from his boyhood days in Lowell, Massachusetts — to inherit anything. He didn’t want his daughter Janet — his one and only child — to inherit either, and that was Kerouac at his most mean.

On October 20, 1969, the day before he died, he wrote a long, candid letter to his nephew Paul Blake, Jr. in which he stated, “my entire estate, real, personal, and mixed all goes to you.” But that did not happen. Kerouac’s mother Gabrielle inherited everything, and, after she died in 1973, Jack’s wife Stella Sampas inherited the estate. After her death in 1990, her brothers inherited –- and that was precisely what Kerouac did not want to happen. The Sampas brothers were the last people in the world he wanted to have his estate.

Now, it appears beyond a reasonable doubt that the signature on Gabrielle Kerouac’s will that gave the Sampas’s their millions –- they sold the long typescript of On the Road for $ 2.3 million — was a forgery. Neither Stella nor her brothers had a legal right to Kerouac’s estate. That is what Judge George W. Greer ruled in a Florida court on July 29, 2009 after hearing the testimony of handwriting, and other experts who said that Gabrielle was too infirm to sign her name as it appears on her last will and testament. Judge Greer declined to state who might have forged her signature, but Kerouac fans are imaging who took the pen and wielded it like a sword.

Jack Kerouac’s one and only daughter, Janet Michelle Kerouac — who was a novelist in her own right — brought the original lawsuit against the Sampas family. When she died in 1994, Paul Blake, Jr., Jack’s nephew, and the son of his sister Caroline, continued it. Now 61, and living in Arizona, Blake isn’t sure what’s next and no one else seems to know, either. Blake’s Florida lawyer Bill Wagner hasn’t decided whether to sue John Sampas for a part of the Kerouac estate, valued at $20 million.

Who has the last word remains to be seen, too. Right now the person who is doing most of the talking about the case is Gerald Nicosia, a long-time friend of Jan Kerouac, and the author of Memory Babe, probably the most authoritative biography of Kerouac. It was Nicosia who jump-started the case in the 1990s. While playing literary detective and conducting research for his biography, Nicosia uncovered a copy of Gabrielle’s will, which he showed to Jan. They both concluded it was a forgery. After Jan’s death, Nicosia took on the Sampas brothers, and battled them year after year. The July ruling in Florida by Judge Greer has enabled him to rejoice after years and years of what seemed to him a literary injustice.

“What is the lesson of the case?” Nicosia asked soon after he heard Judge Greer’s decision in the Kerouac case. “That it’s possible to stand up against the worst the liars can bring at you. I didn’t give up and I didn’t stop telling the truth.”

[Jonah Raskin is the author of American Scream: Allen Ginsberg’s “Howl” and the Making of the Beat Generation.]

For other articles by Jonah Raskin on The Rag Blog, go here.

This entry was posted in Rag Bloggers and tagged Authors, Beat Generation, Literature. Bookmark the permalink.