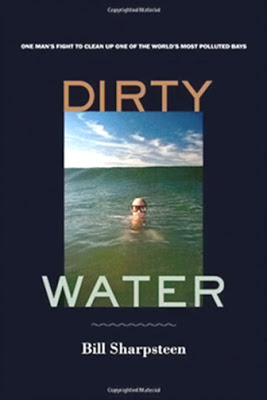 Bill Sharpsteen’s Dirty Water:
How a community took on City Hall and won

When Tom Hayden’s biography is finally written it probably won’t say a lot about the role he played in helping to clean up the waters of Santa Monica Bay — where L.A.’s sewage was dumped for decades. But it’s an important chapter in Hayden’s long life as a political activist, and it says a lot about his passion for the environment.

Bill Sharpsteen, a writer and photographer who lives in Los Angeles, tells the story of Hayden’s fight to clean up the ocean waters off the coast of Los Angeles in his new book, Dirty Water. The book is subtitled “One Man’s Fight to Clean Up One of the World’s Most Polluted Bays.”

But Dirty Water, which is both entertaining and uplifting, is more than the story of one man. It’s the story of a brave community that dared to take on City Hall, and it has a fascinating cast of characters that includes Tom Hayden and Howard Bennett.

The cast also includes half-a-dozen other colorful players: the idealistic scientist, Dr. Rimmon Fay; the pragmatic L.A. Mayor, Tom Bradley; the well-heeled activist, Dorothy Green; the battling attorney, Felicia Marcus; and, of course the arch-villain Willard Bascom, the executive director of the Southern California Coastal Water Research Project (SCCWRP), who launched a cover-up of the polluted waters off the coast of L.A., and who told members of his staff to keep their mouths shut.

In Dirty Water, Sharpsteen makes it clear that it takes a whole community — and a functioning organization — to fight city hall and to clean up toxic environments. It takes all kinds of people with all sorts of skills. Today’s organizers could learn a great deal by reading this book.

Howard Bennett was probably the most flamboyant of the figures in the fight. Bennett was and still is a kind of Yippie; he’d make an excellent stand-in for Abbie Hoffman because he knows how to stage events for the media to publicize causes. He could well be the ghost of Abbie. 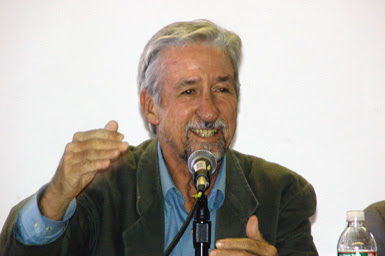 Tom Hayden.
So, Bennett enlisted members of Save the Bay, the environmental organization he helped to create, to encircle L. A. City Hall with a mile long brown ribbon to symbolize the browning of the waters off the coast. He held press conferences and gave out “Dirty Toilet Awards.” Like Abbie Hoffman, he wasn’t afraid to be crude and rude in order to wake up citizens and to inject them with a sense of moral outrage.

Bennett, Fay, Marcus, and Green all played pivotal parts in the battle to clean up L.A.’s dirty waters. But they wouldn’t have gotten as far as they did or been as successful as they were — the waters are a lot cleaner today — if it wasn’t for Hayden who was then a California State Assemblyman and Senator who created the Santa Monica Bay Revitalization Task Force, and used his position to focus national attention on the issue. Hayden brought all his savvy as a 1960s activist and organizer to the campaign to clean up Santa Monica Bay, and while he hasn’t harped on this part of his career, he ought to be remembered for it and applauded too.

Hayden also couldn’t have done what he did without Howard Bennett, the self-styled Yippie guerrilla theater activist who understood, as did Abbie Hoffman, how to garner media attention and globalize local issues. “Heal the Bay — is this the only bay that needs to be taken care of?,” he asked author Bill Sharpsteen. “It’s the whole freakin’ west coast of America and the east coast of America of America and every city on every ocean in the world.

Find Dirty Water: One Man’s Fight to Clean Up One of the World’s Most Polluted Bays, on Amazon.com.