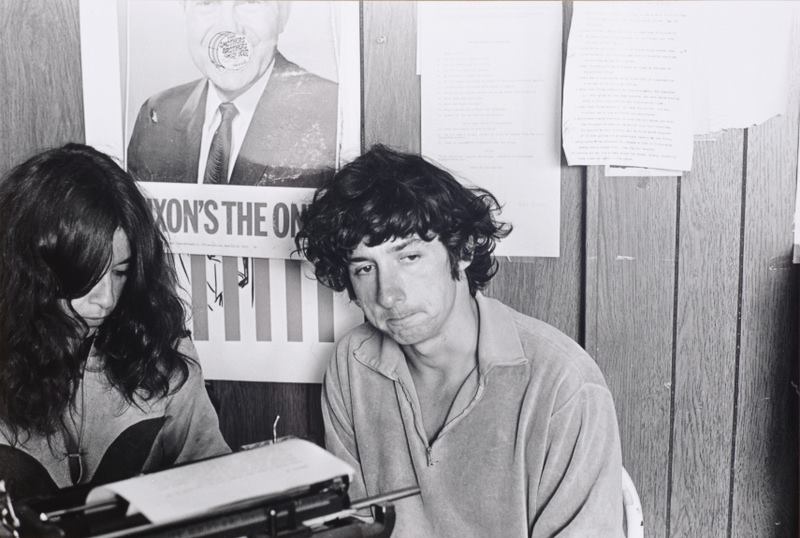 Tom was brilliant, irascible, loyal and strong-minded; he was also ecumenical, occasionally grumpy, but very generous, with a powerful intellect that covered up a heart of gold.

I knew Tom well in the late 1960s and ‘70s He, Stew, and I roomed together first in Oakland at a home owned by anti-war vet Don Duncan, then at 2917 Ashby in Berkeley, where Tom paid the rent. We continued our friendship during the Chicago 8 trial, and remained close after I came back from Vietnam where we had mutual friends.

I last talked with Tom at the 2015 Power of Protest conference. I last talked about Tom to Bobby Seale this past week at the 50th Anniversary of the Black Panther Party to let Bobby know Tom was ailing.

Stew wrote a poem before he died; its first line goes, “Let me raise a cup to my fallen pals.” Now Tom is one of them. As he was of mine. Sad.

[Judy Gumbo Albert was a founding member of the Youth International Party (Yippie!), along with Abbie and Anita Hoffman, Jerry Rubin and Nancy Kurshan, Paul Krassner, and Judy’s late husband Stew Albert. Judy has a Ph.D. in sociology and spent the majority of her professional career as an award-winning fundraiser for Planned Parenthood. She lives in Berkeley, California, and is currently writing her memoir, Yippie Girl, which is also the name of her website.]