Junior and Sarah Won’t Be Happy About This 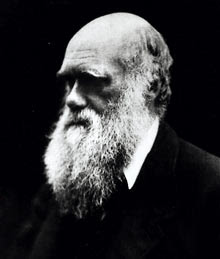 Sections of Church likely to be dismayed by Darwin move
Charles Darwin to receive apology from the Church of England for rejecting evolution
By Jonathan Wynne-Jones / September 14, 2008

The Church of England is to apologise to Charles Darwin for its initial rejection of his theories, nearly 150 years after he published his most famous work.

The Church of England will concede in a statement that it was over-defensive and over-emotional in dismissing Darwin’s ideas. It will call “anti-evolutionary fervour” an “indictment” on the Church”.

The bold move is certain to dismay sections of the Church that believe in creationism and regard Darwin’s views as directly opposed to traditional Christian teaching.

The apology, which has been written by the Rev Dr Malcolm Brown, the Church’s director of mission and public affairs, says that Christians, in their response to Darwin’s theory of natural selection, repeated the mistakes they made in doubting Galileo’s astronomy in the 17th century.

“The statement will read: Charles Darwin: 200 years from your birth, the Church of England owes you an apology for misunderstanding you and, by getting our first reaction wrong, encouraging others to misunderstand you still. We try to practise the old virtues of ‘faith seeking understanding’ and hope that makes some amends.”

Opposition to evolutionary theories is still “a litmus test of faithfulness” for some Christian movements, the Church will admit. It will say that such attitudes owe much to a fear of perceived threats to Christianity.

The comments are included on a Church of England website promoting the views of Charles Darwin to be launched on Monday.

This entry was posted in RagBlog and tagged Evolution, Religion. Bookmark the permalink.