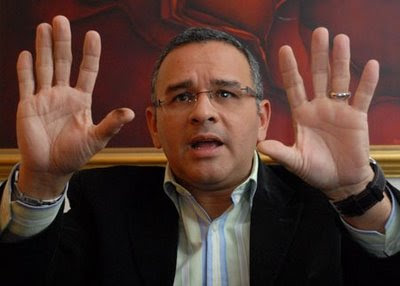 How corporate media turned a diplomatic crisis into a political advantage for the U.S.

SAN SALVADOR — Since the “Cablegate” leaks were first announced, I have been championing Wikileaks and Julian Assange as at the forefront of the struggle for government transparency. I considered the release of these cables a major blow to the Empire, exposing the unsavory practices of U.S. foreign policy and its arrogant, hegemonic worldview.

The cables I was reading were mostly just providing proof that the U.S. was consciously doing what we already knew it was doing: legitimizing the Honduran coup despite being fully aware it was an illegal coup d’état, trying to isolate Venezuela and Cuba, pressuring foreign governments to not investigate war crimes in Iraq and Afghanistan, spying on heads of state and foreign functionaries, etc.

And then the first cables that mention El Salvador were published by the Spanish online news source ElPais.com. I was in a San Salvador pizzeria Tuesday night when the TV that had only been background noise up until that point grabbed my attention: “Breaking News: Wikileaks cables call President Funes’ government schizophrenic.”

At the end of November Salvadoran newspapers began reporting that 1,119 of the more than 250,000 cables leaked as part of Cablegate mentioned El Salvador. My friends and I were waiting for the first ones to be published so we could see plain and simple what dirty deeds the U.S. Embassy had been up to in El Salvador.

On Tuesday night, we got our wish, but we should have known to be careful what we wish for. What I saw on the TV news and read in the newspapers was not about the dirty deeds of the U.S. Embassy, but rather outright defamation of the government of President Mauricio Funes and the leftist party that brought him to power, the Farabundo Martí National Liberation Front (FMLN).

The first five cables that were released by ElPais.com, which apparently also has in its hands the other 1,114 cables mentioning El Salvador, are basically political updates sent to the U.S. by Robert Blau, who was the Charge d’Affaires at the U.S. Embassy in San Salvador at the time. In September 2010 President Obama named the new U.S. Ambassador Mari Carmen Aponte and Blau became the Deputy Chief of Mission, continuing as one of the Ambassador’s close advisors.

His memos contain a barrage of false accusations and distortions about the FMLN and its leaders as well as exaggerated declarations about conflict and tensions between President Funes and the FMLN members that are part of his cabinet. To read more analysis about the actual content of the San Salvador cables and their impact, I suggest you read the communiqué put together by the Committee in Solidarity with the People of El Salvador (CISPES).

Overall, the release of the documents has done nothing more than give more ammunition to the Salvadoran right wing in its ongoing attempt to discredit and undermine the Funes administration and the FMLN. As I said to a friend after reading the initial coverage, “Imperialism sure is astute. It managed to transform a major diplomatic crisis into a political advantage.”

Argentine Marxist Néstor Kohan explains in his book Approaches to Marxism that capitalism is incredibly adaptable. It is constantly entering into crises but these crises in themselves never mark the death of capitalism, it simply adapts and bounces back even more voraciously. The same can be said for U.S. imperialism, currently capitalism’s main tool for global expansion.

[While this falls outside the scope of this article, I would like to point out that Kohan isn’t a fatalist but goes on to explain that organized, mass resistance with an alternative proposal (socialism) is the only thing capable of taking capitalism down.]

Imperialism proved adaptable and the major corporate media sources of the world found a way to avert focus from all the information in the cables that incriminates the U.S. — both the Obama administration and past administrations — and channel public attention towards the information that makes the U.S.’s declared and undeclared “enemies” look bad.

To understand how they did this, I will point you to five words that I learned on my first day as a Communications major: “The medium is the message.” What Marshall McLuhan meant when he wrote this phrase that would begin advertising, public relations, and journalism textbooks for decades to come, is that the form in which one presents an idea has more impact than the idea itself. This brings us to how Wikileaks decided to present the more than 250,000 diplomatic leaked cables from around the world.

Wikileaks chose not to publish everything on their website so that all the information is transparently available and journalists of all types — independent, establishment, right leaning, left leaning, etc. — could then drudge through it, analyze it, and determine what should be reported on.

Instead, five major newspapers are deciding which cables they want us to see and also formulating the first analysis the public receives about what the content of the chosen cables means, perpetuating corporate media’s domination of information.

Let’s return to the San Salvador cables as an example. El País journalist Maite Rico, who wrote the article about the first five released cables, is well known for using her journalistic platform to undermine the Latin American Left. When she’s not omitting information to make Venezuelan President Hugo Chavez look bad, she’s busy fabricating information about the death of Raúl Reyes, a leader of Colombia’s Revolutionary Armed Forces (FARC).

Her false reporting on the Colombian military attack on a FARC encampment in which Reyes was killed was later used to sully the names of leftist leaders throughout Latin America as guilty by association with the FARC. She also published a book called Marcos: the great imposter that does nothing more than defame the leader of the Mexican Zapatista movement.

The examples of her hostility towards Latin America’s leftist leaders go on and on. And this is the person apparently deciding which leaked U.S. Embassy cables about El Salvador we get to see. No wonder the first five released cables contain opinions of the U.S. Embassy that could potentially damage President Funes and the FMLN’s credibility.

I would like to see the cables sent by the U.S. Embassy during the 2004 Salvadoran presidential campaign, when overt intervention by the Ambassador and the U.S. State Department helped turn a close race between the FMLN’s Shafick Handal and the far-right Nationalist Republican Alliance (ARENA) candidate Tony Saca into a decisive victory for the latter. But I have to wait until El País decides they are worthy of reporting.

I would also like to see the cables sent in 2007, when Salvadoran police trained at the U.S.-run International Law Enforcement Academy (ILEA) violently attacked a peaceful protest against water privatization.

And, of course, it would be informative to read the cables sent during the Salvadoran armed conflict, when the U.S. was “advising” and equipping the repressive Salvadoran military as it carried out civilian massacres. I guess I’ll have to wait for those too. I’m not holding my breath.

As long as Wikileaks is letting mainstream corporate media sources decide which cables we get to see and what we should glean from them, those sources are going to publish information in the interest of maintaining the thing that has served their pocketbooks so well up until now — the status quo.

As David de Ugarte wrote in his editorial for Sociedad de Las indias Electrónicas, “From a state of panic to Wikileaks and why Assange doesn’t make us freer,” “At this moment Assange and WikiLeaks occupy a central role in representing the confluence of interests of media corporations and States. It is true that both groups of power briefly enter in friction… but it is precisely because they converge, not because they diverge.”

It is no surprise that five corporate news agencies would serve imperialist interests. So, why would Assange entrust only them with information that has the potential to undermine those interests? I don’t know. We can all speculate on the answer to that question. I just know that it’s the duty of those of us who support alternative media as a method to emancipate ourselves from corporate control of information to speak up and also examine the cables and analysis coming out with a critical eye.

[Austin native Leah Wilson is a solidarity activist and collaborator with the Committee in Solidarity with the People of El Salvador (CISPES). She lives in El Salvador.]