Louisiana – Stepping Back into the Middle Ages 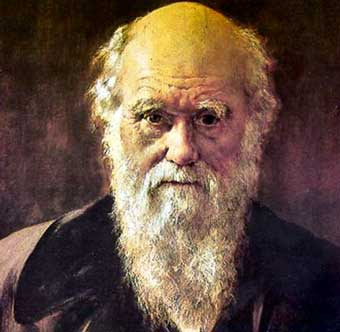 It comes as no surprise that the Louisiana State Legislature has overwhelmingly approved a bill that seeks to undercut the teaching of evolution in the public schools. The state, after all, has a sorry history as a hotbed of creationists’ efforts to inject religious views into science courses. All that stands in the way of this retrograde step is Gov. Bobby Jindal.

In the 1980s, Louisiana passed an infamous “Creationism Act” that prohibited the teaching of evolution unless it was accompanied by instruction in “creation science.” That effort to gain essentially equal time for creationism was slapped down by the United States Supreme Court as an unconstitutional endorsement of religion. State legislators, mimicking scattered efforts elsewhere, responded with a cagier, indirect approach.

The new bill doesn’t mention either creationism or its close cousin, intelligent design. It explicitly disavows any intent to promote a religious doctrine. It doesn’t try to ban Darwin from the classroom or order schools to do anything. It simply requires the state board of education, if asked by local school districts, to help create an environment that promotes “critical thinking” and “objective discussion” about not only evolution and the origins of life but also about global warming and human cloning, two other bêtes noires of the right. Teachers would be required to teach the standard textbook but could use supplementary materials to critique it.

That may seem harmless. But it would have the pernicious effect of implying that evolution is only weakly supported and that there are valid competing scientific theories when there are not. In school districts foolish enough to head down this path, the students will likely emerge with a shakier understanding of science.

As a biology major at Brown University, Mr. Jindal must know that evolution is the unchallenged central organizing principle for modern biology. As a rising star on the conservative right, mentioned as a possible running mate for John McCain, Mr. Jindal may have more than science on his mind. In a television interview, he seemed to say that local school boards should decide what is taught and that it would be wrong to teach only evolution or only intelligent design.

If Mr. Jindal has the interests of students at heart, the sensible thing is to veto this Trojan horse legislation.

This entry was posted in RagBlog and tagged American Society, Cultural Traditions, Science. Bookmark the permalink.