Many Innocents Still at Guantanamo — Will Obama Make It Right? 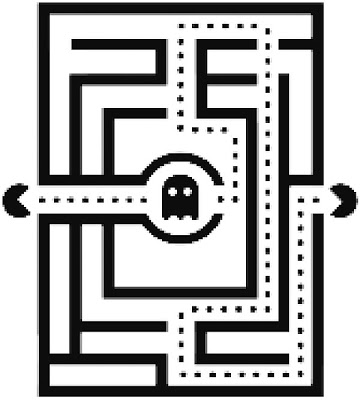 See A Prison of Words by Noah Feldman below.

SAN JUAN, Puerto Rico — A former Bush administration official says many Guantanamo detainees are innocent, and have been held only because U.S. officials hoped they would know something important.

Lawrence B. Wilkerson was chief of staff to Secretary of State Colin Powell. He says only two dozen or so of the roughly 800 men held at Guantanamo are terrorists. About 240 prisoners remain at the US military prison.

“There are still innocent people there,” Wilkerson told The Associated Press on Thursday. “Some have been there six or seven years.”

Wilkerson says he learned of their innocence through State Department briefings and military commanders. He first made the allegations in an Internet posting this week.

The Pentagon has said the detainees are dangerous enemy combatants.

Cambridge, Mass. — HAS the Obama administration changed the legal rules for detaining suspects in the war on terrorism, or is it continuing in the footsteps of the Bush administration?

We got a clue last week when the Justice Department filed an important document “refining” the government’s position in lawsuits over those held at Guantánamo Bay. Hailed by supporters as a leap forward, yet criticized by human rights groups as being little different from what came before, the filing reveals a distinctive approach to constitutional law. Cautious and modest where George W. Bush was ambitious and brash, Mr. Obama still claims the authority necessary to sustain almost everything his predecessor did.

Perhaps what’s most important here is what Mr. Obama’s lawyers do not say. The Bush White House long insisted that the president had inherent power as commander in chief to do whatever it took to defend the country — including overriding American and international law. The Obama filing, however, is silent on the topic of inherent executive power. Indeed, the magic words “commander in chief” never even appear.

Technically, the Obama lawyers have not abandoned the argument for broad presidential power, just implied that such authority is unnecessary to get them what they want.

Yet omitting the claim to unfettered executive authority shows respect for Congress and international standards. In effect, the Obama administration is saying to the courts that if the detainees cannot be held as a matter of federal or international law, judges should release them. This approach is brave — so brave it might even prove foolhardy if the courts, sick of nearly a decade of detention, decide to clear the decks.

The filing argues that the authorization for the use of military force passed by Congress after 9/11 — the contemporary equivalent of a declaration of war — gives the president the powers any sovereign would have under the general principles of the international law of war. Relying on international law to make sense of Congress’s grant of power has deep roots in our constitutional tradition.

In the context of America’s present global military posture, however, the rediscovery of this notion is little short of astonishing. The laws of war, mostly designed for old-fashioned struggles between sovereign states, often do not fit today’s circumstances. The Bush administration saw this mismatch as an occasion to treat the Geneva conventions as “quaint” (in the words of Alberto Gonzales, the former White House counsel).

The Obama lawyers, however, seem to believe that the international law of war is flexible enough to serve their interests — and even to expand the president’s power to detain suspects beyond the strict language used by Congress when it gave President Bush authority to carry out his war on terrorism.

Here is where the law gets complicated: In 2001, Congress told the president he could make war on anyone who had “planned, authorized, committed or aided” the Sept. 11 attacks. The Bush administration, though, went further; it claimed the power to detain any “enemy combatant,” defined to include “anyone who is part of or supporting Taliban or Al Qaeda forces or associated forces.” In an unfortunate legal overreach, one administration lawyer said the government could detain a “little old lady in Switzerland” whose donation to an Afghan orphanage ended up in the hands of Al Qaeda.

The administration lawyers suggest in their brief that “substantial support” of terrorists could be defined by some unspecified analogy to the laws of detention in traditional armed conflict. Yet the details are left to the imagination; and when push comes to shove, this language might well include all the Guantánamo detainees, including those who never belonged to a terrorist group.

The upshot is that the Obama approach is potentially broad enough to continue detaining everyone whom the Bush administration put in Guantánamo in the first place. The legal theories are subtler, and the reliance on international law may prove more attractive to our allies. But President Obama is stuck with the detainees Mr. Bush left him, and some may pose a real danger. Faced with this conundrum, and pressed for answers by judges who are rightfully impatient, the administration is hurrying to reframe existing powers in new legal doctrines.

The true test of whether Mr. Obama has improved on the Bush era lies in how his administration justifies its decisions on the 241 remaining Guantánamo detainees, whose cases will now be evaluated internally and reviewed by the courts. If the new legal arguments actually affect who goes free and who stays in custody, then they will amount to meaningful change. Without real-world effects, though, even the most elegant new legal arguments are nothing but words.

[Noah Feldman is a law professor at Harvard, a fellow at the Council on Foreign Relations and a contributing writer to The Times Magazine.]