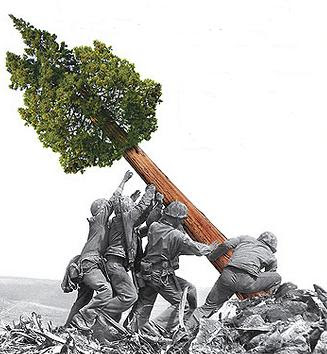 What if our engineers, now building weapons, could build solar cities instead?

My talented young cousin works as a rocket scientist at a local aerospace plant. She considers herself one of the lucky MIT grads who landed a job in the space end of the aerospace industry.

Her friends, however, are designing drones that sometimes miss their terrorist target, accidentally bombing innocent brides and grooms in Afghanistan.

My cousin tells me about a colleague of hers, a drone-builder, who had a nightmare; she accidentally droned her own bedroom.

“She’s still designing these drones, though,” my cousin tells me. “That’s where the money is, the jobs, in military contracts, in building sophisticated weapons systems.”

What if our engineers, now building weapons, could build solar cities instead? Under the Solar America Initiative, Boeing started the ball rolling, contracting with the Department of Energy to make solar energy competitive with conventional electricity by 2015.

Aerospace conversion could happen — and should for the sake of our planet.

Flying 100,000 troops to a far off land to fight an ever-morphing enemy leaves a huge carbon footprint; bombing cities and then rebuilding them emits a carbon monster.

Some might argue the carbon cost is necessary to protect national security, but it doesn’t take a rocket scientist to determine that war and occupation multiply our enemies.

Plus, war is not job smart. In 2007, University of Massachusetts economic researchers found a billion dollars invested in mass transit generates twice as many jobs as the same billion invested in military contracting.

Not bad, but not great either, given that America has lost 8.4 million jobs since the start of this recession.

Congress would be wise to model a new green-job stimulus package after the Works Progress Administration, the 1935 Roosevelt Depression brainchild that employed an estimated 10 million Americans building 850 airports; 110,000 libraries, schools, and hospitals; 500 water treatment plants; 78,000 bridges and 8,000 parks. The WPA also employed artists to paint murals in post offices, like the San Pedro post office on Beacon Street where a WPA mural depicts the history of the harbor.

Can we afford a super stimulus? Critics lament the growing deficit, estimated to climb to $1.6 trillion this year. But these same critics rarely talk about the elephant in the room: our bloated near-trillion-dollar military budget that siphons much-needed resources from our daily needs.

Take housing, for example. According to the Center for Responsible Lending, our congressional district suffered 7,000 foreclosures in 2009. Over the next four years, the center predicts 25,000 homeowners from West Los Angeles to the harbor will lose their homes to foreclosure.

Freeze the foreclosures. Save our neighborhoods. Instead of funding no-bid contracts in Iraq, Congress could create the Loan Officer Corps to pay mortgage brokers to mediate between banks and homeowners to keep more Americans in their homes, more counties collecting property taxes, more cities solvent.

Saving lives, saving minds, saving forests — it’s all green. But how do we pay for this?

Cut the waste in our military budget. Bring our troops home from the trillion-dollar wars in Iraq and Afghanistan. Exact a serious fee on every stock trade on Wall Street. Bust open the bank vaults in the Caribbean where corporate tax dodgers stash their profits. Repeal the Bush tax cuts for the rich. End the war on drugs with its obscene prison costs.

When President Franklin Roosevelt enacted the New Deal, one out of every four Americans was out of work. Today, in California, the real unemployment rate, the one that includes the underemployed and those who have given up looking for a job, is pushing 20 percent.

It doesn’t have to be this way. Together, we can create a better future: new jobs, health care, clean air, land and water. With our wealth of talent, we can champion a new green economy competitive with China and Germany.

It’s time to put America back to work.

It is time for a Green New Deal.

1 Response to Marcy Winograd : We Need a Green New Deal