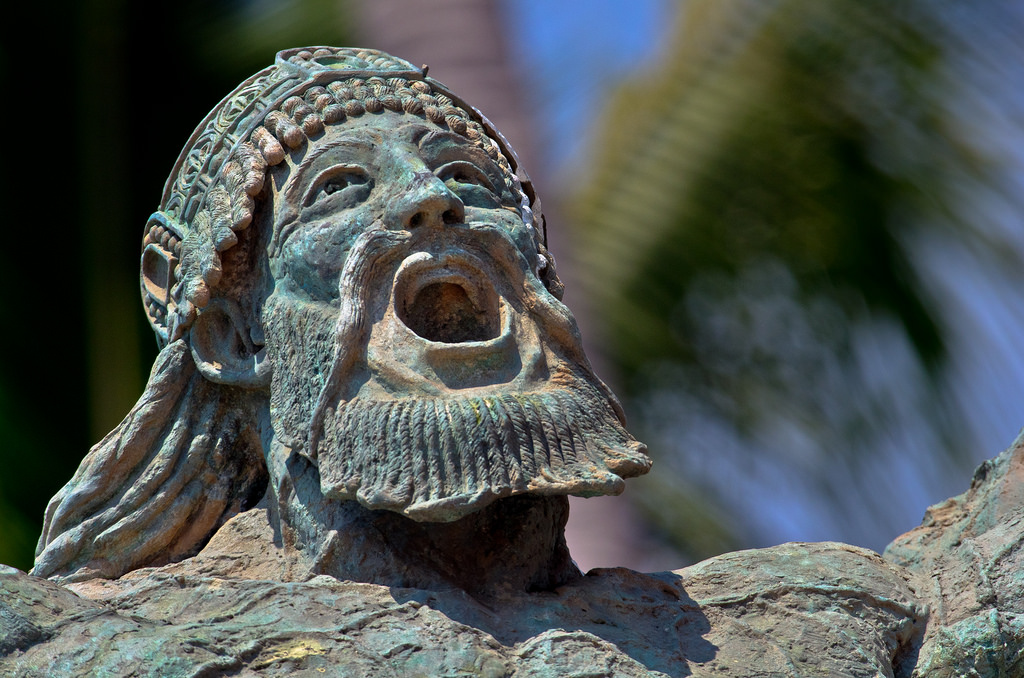 Have we moved beyond word time, beyond the poet’s terrain
where words describe events or pull us into new orbits
of wonder and release?

Words: those beautiful evocations strung together to
birth ideas, whispered as comfort, sung as praise,
perhaps even change the world.

The Divine Word has long since fallen into disrepute.
Words of judges and advertisers fail miserably,
bully promises groveling at our feet.

A lifetime creating monuments of words, and today
I have none with the power to evoke or heal:
sad yearning for new tools.

The words strength, courage and love recoil on this map
drawn by power’s ugly hand.
Where have their radiant colors gone?

No territorial defense is worth a single child’s death.
No empire justifies this crazed race to bigger,
biggest, best—and then oblivion.

No word justifies hunger, war, advanced technology
wreaking devastation on the innocent.
No word at all.

Has poetry come to the end of the line or will we keep on
making new things: resist retreat shaped like capitulation,
our love blooming like spring?

Words felled by backlog stagger off tongues,
break from mouths
into an empty space now numbed to shock.
Words like terror, loss, why,
forfeit their ability
to stand where we feel.

Words like gay, Hispanic and Muslim
only get in the way.
Orlando and Ataturk
stretch our map
but place us beyond its crumbling edge.

In the wake of this failure, numbers take a shot:
41 at the airport, 49 in the dance club,
20 school children, 6 teachers, 43
who would have been teachers,
their bodies burned
by men in suited power.

Five unarmed black boys, 5 white police: do these fives
hold a different weight in us,
their wives’ bereavement
or children’s loss
a different pain?

Pictures step in to try their hand
—worth a thousand—
those final minutes
on a dying cell phone,
last message tweeted home,
notes, flowers, and teddy bears
swelling the newest memorial.

Color crouches beyond the mind’s borders,
memorizing itself
upon a future
that may not arrive in time,
memorials barely visible
in rained out distance.

Words, numbers, pictures no longer work
and color only consoles in future tense.
Safe from the viscous stench of death
we are at a fatal remove.
Imminent threat fades to worn rhetoric.
Life at the edge goes on.
Them and us is not an answer
that can stop the madness, loss,
descent into the rupture of post-history.