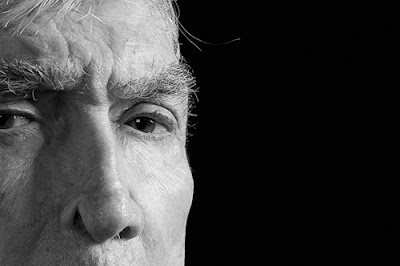 The thing that made my life growing up in the U.S. quite different from that of others in my same situation was not so much that I was the daughter of an ambassador but rather that my life was subjected to slightly different constraints than those of my peers.

When most kids my age were going to school on the bus with their parents, I was being driven daily by an armed guard. As we grew older and kids became semi-adolescents allowed to take the bus and thus acquire the famous bus passes used those days in New York, I still had to be driven to school and back by a driver. No color-coded bus pass for me.

It may sound like whining now, but I can guarantee that not being able to hang out with the crowd after hours was really a drag, and for those of you who remember that far back, most of the cute guys would regularly take the bus, so I was missing out on a major part of the flirting going on.

Granted, my buddies loved the driver-driven car when we’d have sleepovers; they couldn’t get enough of not having to deal with the smelly subways and buses. But not me. In silence I wished to ride like the normal kids my age but, alas, I never got the chance.

Years later, back in Havana one night over drinks at a film festival I met the ying to my yang. She, like me, had grown up in the U.S. and her life experiences growing up were much like mine. The only difference was that I was the daughter of a Cuban diplomat and she was a Cuban who had fled the island to the U.S. with her parents. And while I was being driven around by someone, she was driving on her own — but always checking under her car before she turned on the ignition.

We were living in the same country but in two totally different cities — she in Miami, I in New York City — and we were both instructed by our parents to follow the same basic security drill: check your rearview mirror for any car following you for more than 10 blocks; don’t repeat the same route to the same destination; NEVER open the mailbox; always sit with your back to the wall, facing the entrance and away from the windows. The list is endless.

We weren’t being brought up by wannabe members of the Corleones or Sopranos; we were simply being taught to protect ourselves from the possibility of a terrorist attack. These precautions had become second nature since early on.

As far back as the age of six I can remember being alone at home with my grandmother on York Avenue in Manhattan when the doorman buzzed with a package. The package contained a huge hideous dark green glass duck. As it was being set on the end table behind the couch, the phone rang. It was my father calling to warn not to accept anything and to take me to the other end of the apartment and shut the door behind us and wait for him and my mom to get home.

No, it wasn’t because my father was an animal rights activist, though he does defend them; he was simply reacting to a call he had just received. Someone from the organization Alpha 66 had called to let him know that he’d do well to up his security at home because their organization had just breached every single possible security barrier we had, despite the fact we lived 10 blocks from one of the safest and ritziest neighborhoods in Manhattan.

During school rides home the driver often asked me to open the glove compartment and take out a pen and pad and jot down license plate numbers, and not to get out of the car until he’d opened the door. Other times we’d have to go a couple of blocks out of our way until there were others entering our building; the logic being that if I was going to be shot, at least let it happen in front of witnesses.

Meanwhile, my friend in Miami was checking under the hood of her car in heels, and was told to keep her drapes closed at all times. While she was learning of her dad’s place of work getting bombed every now and again, I was becoming quite an expert in the art of dodging bullets and tracking fiends.

A trip to East Hampton was abruptly interrupted when my father’s driver realized something was wrong with the brakes. We stopped at a gas station on the way and sure enough, they had been slashed. The face on the poor gas station attendant was a sight I’ll always remember. Cubans in a big black car, tall buff guys with them, a lefty good-natured “gringa,” and a hippie kid — in a car with the breaks slashed — is not something you encountered regularly on the Long Island Expressway.

I guess the one time I will always remember was in late September 1976. I had just gotten home and I stormed into the study where my mom was, and demanded that I be allowed to take the bus home like everyone else. My mom lifted her head from her desk and looked at me with bloodshot eyes and simply said, “You realize they murdered Orlando Letelier today? Please don’t do this to me now.” Less than a month later, on October 6, 1976, Cubana Airlines Flight 455 fell from the skies after two explosions on board the aircraft.

A car bomb took Letelier´s life in Sheridan Circle in Washington, DC. Santiago Mari Pesquera and Carlos Muñíz Varela were both shot dead in Puerto Rico, Felix Garcia was shot under the overhead pass on Queens Boulevard on a Sunday. The Cubana flight went down killing 73 passengers over the waters of the Caribbean.

Organizations like Alpha 66, Omega 7, CORU, and operation Condor were born — all Cuban-American, all U.S.-based. They were responsible for intimidation, attacks, and the loss of countless lives through acts of terror. And all of these crimes have an unfortunate common denominator: when speaking of Cuba and acts of terror, all roads lead to Posada.

Luis Posada Carriles, a former CIA agent, trained by the agency in terrorism and paramilitary activities, has operated and organized plots against almost every single nation in Latin America. He prides himself on having been one of the masterminds and executors of numerous assassination attempts against Latin American dignitaries and leaders.

He is responsible for the deaths of individuals through acts of torture in Venezuela, Chile, Guatemala, and El Salvador. As recently as January 2011 he was caught on tape saying, “We have won, but we haven’t cashed in.” He was referring to his acts against the Cuban nation. To this day Posada is still suspected of training and influencing protégés in the dirty deeds trade.

How do I know all of this? It is all over the news in Miami, because he is at large; he is currently free as a bird. Well, I exaggerate; technically he is free but under indictment. Not for terrorism though. Luis Posada Carriles is currently in the state of Texas pending trial on one count of illegal entry into the United States of America. A confessed terrorist and assassin tried on an immigration technicality: he lied on his immigration form.

Is it me, or is that utterly insane?

How much information must a man such as Posada have under his sleeve for the U.S. to allow him to run free after knowing full well that this man is dangerous and a criminal? Are the lives of Cubans and others in Latin America so worthless? Are the lives of U.S. citizens whose only crime is to be forthcoming regarding Cuba so expendable? Does it really make sense that Cuba finds itself on the list of state sponsors of terrorism of the State Department? If Cuba had such a list, I wonder who would be at the top of it?

Julian Assange may be tried because he published the truth about things that some would rather have kept in the dark; Posada Carriles will stand trial for being a liar. What is wrong with this picture?

[Margarita Alarcón Perea was born in Havana, Cuba, and raised in New York City. She studied at Karl Marx Stadt in East Germany and Havana, and is a graduate of Havana University in linguistics. She has taught English translation and North American Twentieth Century Literature, and worked in the Cuban music industry. She is currently a news analyst for Cubadebate in Havana and contributes to The Rag Blog and The Huffington Post. Margarita’s father is Ricardo Alarcón, president of the Cuban National Assembly.]

1 Response to Margarita Alarcón : All Roads Lead to Posada