Marilyn Buck from the Greybar: Thoughts on the Recent Election 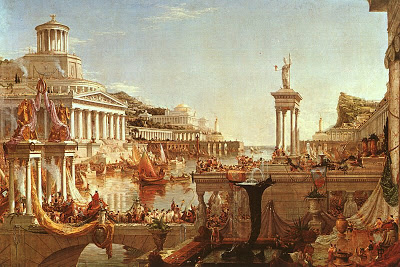 Marilyn J. Buck was an activist in Austin, Texas in the late sixties. She was a staffer on The Rag, the underground newspaper that was The Rag Blog’s inspiration. She is also a former editor of the original SDS’ New Left Notes, former member of San Francisco’s movement film project Newsreel, an accomplished poet, and a literacy and AIDS prevention educator. She is also the longest-held woman political prisoner in the US today. To learn more about Marilyn’s history, her incarceration and her creative work, go to her Web page and to her entry on the Rag Authors’ Page.

Behind the walls and fences of Dublin Federal Correctional Institution in California, where she may now begin cautiously to anticipate her release in 2010, Marilyn has a unique perspective on the prospects and reality of social and political change. What follows is her most recent monthly letter to supporters she cannot always write to individually, handwritten and mailed by her, typed and e-mailed by friends in the Bay Area. We think it’s worth passing on here.

Another year is nearly done, and thank the intelligence of the mass of voters, many who could never stomach the Bush regime, and others whose stomachs are shrinking because of the war and the rapacious neoliberal boondogglers. I wept, along with nearly all the Black women here, as well as some other women here inside prison walls, to see that in this lifetime, from the civil rights and black power movements that were revitalized by black GIs returning from the 2nd world war to now, that a person of African heritage would be elected.

Changes have occurred here in the U.S. Of course there were radical changes when the Black Reconstruction period opened. White supremacy and privilege are still alive and well. As we well know, capitalism accommodates any and all who support its agenda, especially a more centrist agenda. Hopefully in this next period, a more visionary, and materialist, strategy along with movements will emerge or continue to develop with a new resolve. The rest of the world is watching and holding its breath, wondering if the U.S. will reform its bellicosity and greed, or if this might just be a new face, in order to look more like the rest of the world. Kinder and gentler empire maintenance.

I’m sure you have read and heard more, and know more the sentiment in society as a whole. It is always a little strange to know the world through what I read, and hear on KPFA. I sometimes forget that I am plagued with a myopic view and imagine that I know “stuff.” I wonder what I might have missed, because as yet I haven’t heard or read about any vision of what might be done. Thus, I have one imperative question as I look at how the capitalists were so able and ready to replace any socialist economic vestige, at whatever price (despite the view that the fall of the wall and the USSR underwent a peaceful transition to capitalism).

That is: what is a strategy for the peaceful, at least non-declared war, to replace capitalist mode of finance and production? What could be done in such a capitalist crisis as we are now experiencing? What is our plan, those of us who imagine socialism as a possibility? What if there is no “revolution”? I’ve heard and read some tactical suggestions. But tactics don’t automatically marshal into a vision or a strategy! I am woefully underdeveloped in the realm of “alternative” economic systems, so don’t have much of a clue. I would have liked to hear something more than tactical alternatives when the 700 billion “stimulus” package was introduced and with a little tiny bit of foot-dragging was smilingly passed.

Many of the women here in Federal prison are holding their breaths expectantly. The possibility that there will be a forthcoming change in the draconian sentencing laws of 1987 has more than a few glued to the TV and radio news; rumors abound. Those who are foreign national are also holding their breaths, hopeful that they too will be included in any relief, but fearful and resentful that some proposals would not affect their purgatory at all. After more than 20 years of the 1987 “new law”, there may be a change in the number of good days at least, though there hasn’t been mention of shortening sentencing guidelines.

Those who would have voted for McCain were curiously silent, didn’t even watch the election results (some people can’t get past their whiteness, no matter what! Many of these same people here also avidly watch all the prison lock-up and Wanted-type programs. I don’t quite get it, except most are anti-women in more than a few ways. It really is our fault, Eve!!)

This is the expected after the beleaguering storms of the torturer’s war against the world, and the wobbling legs of capitalism! But now the to-be-expected advisors are arriving in order to continue the empire as kinder and gentler, and to look more like the world that feeds its best minds, natural and human resources to the empire. I mean, Rahm Emmanuel!! A Mossadian lout.

And so we march forward into unending war, still believing that war keeps capitalism strong. And besides, isn’t it our natural state of being? Perhaps, one day, cooler heads will prevail. A new conception of leadership. I suspect such leadership will be full of women with a new attitude!