The most telling fact concerning this story is that it appeared in the UK Guardian and on a quiet Web site for an environmental group in Seattle, Grist.org. This entire matter of the Maryland State Police spying has been routinely suppressed by the mainstream press, not terribly surprising given the ownership of more than 80% of the MSM. Ahhhhh, life in America, land of the free … 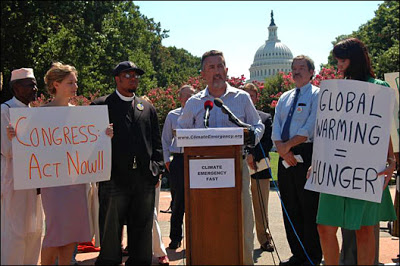 Police spied on activist Mike Tidwell for months as a ‘suspected terrorist’.

I’m not sure what’s more shocking: the news that the Maryland State Police wrongfully spied on me for months as a “suspected terrorist,” or that, despite surveillance of me, officers apparently wouldn’t recognize me if I walked into their police headquarters tomorrow.

I’m a former Peace Corps volunteer, an Eagle Scout, church member, youth baseball coach, and dedicated father. I also happen to be director of one of the largest environmental groups in Maryland, a nonprofit that promotes windmills and solar panels in the fight against global warming. So imagine my shock to get a police letter last month saying I was one of 53 Maryland activists on a terrorist watch list that has been discontinued because — can you believe it? — there’s “no evidence whatsoever of any involvement in violent crime.”

Matters turned especially Soviet-esque on October 14 when I called the police requesting a full copy of my surveillance file. A spokeswoman told me I could visually inspect the file, but I couldn’t make photocopies, I couldn’t bring an attorney, and the police would be destroying the entire file after I read it.

And bring a valid photo ID, she said, to make sure you’re who you say you are.

A what? Really? You spied on me, for God’s sake.

The mess all began last summer when astonishing evidence surfaced revealing that the Maryland State Police — under former Republican Gov. Robert Ehrlich — posed as activists and infiltrated an anti-death-penalty group, attending the organization’s meetings and taking secret notes to send back to HQ. But what were they doing to me and my organization — the Chesapeake Climate Action Network — during this surveillance program in 2005 and 2006? Bugging our phones? Reading our emails? Monitoring me as I walked my kid to the bus stop?

I still don’t know for sure. Yielding to public pressure, the police finally gave me a printed copy of my “file” on October 29. It raised more questions than it answered. Seven of the 12 pages were withheld without full explanation. And of the pages I did receive, at least half the words were redacted — blacked out with a marker.

There was a photo of me on the last page, lifted from my website. And on the first page, there were these words: “Crime: Terrorism, environmental extremists.”

What terrorism would that be? My file — what little of it I have — makes reference to a morning speech given in Bethesda, Md., by then-governor Robert Ehrlich on November 17, 2005. A small audience of invited guests and journalists attended inside a classroom at Walt Whitman High School. Ehrlich wasn’t doing enough to fight global warming, the Chesapeake Climate Action Network believed, and several of my staff arrived to peacefully demonstrate and hold up signs that said things like, “It’s Getting Hot in Here, Gov!” But troopers with the governor’s “Executive Protection Division” believed this was extreme, according to my file. For example, CCAN staffers invited high school students to hold up protest signs during the governor’s speech. Pretty extreme, huh?

There was no civil disobedience at this event. No one was arrested. No county, state, or federal laws were breached. The entire affair was utterly peaceful, above board, and appropriate. Political demonstrations exactly like this happen a thousand times a day in America. There were no media reports of anything unusual.

Yet Ehrlich’s security team considered this “aggressive protesting.” Afterward, the troopers contacted the Maryland State Police’s Homeland Security and Investigation Bureau. The result was creation of intelligence files on me and three of my staff under the crime category of “terrorism, environmental extremists.” The real motivation, however, appears to be political spying. We were opponents of the governor’s policies. We were organized and vocal about it. We wound up on an intelligence list along with dozens of other innocent, nonviolent opponents of the governor’s policies.

Ironically, I wasn’t even present at the protest in question. I’ve never been to Walt Whitman High School. But a case file was launched on me nonetheless, on November 28, 2005, with my name, photo, job title, “no SMTs” (scars, marks, or tattoos), and the declaration that no charges had been brought against me. Strangely, according to the police papers, there’s no record of any intelligence-gathering related to me after the file was created, just a narrative describing my staff’s protest at the Ehrlich speech.

Meanwhile, the state police say they’ve released everything to me that’s relevant to me, but I don’t believe them. Since July, the state police have made numerous public statements related to this spying controversy that have proved to be factually untrue. They initially said, for example, that the entire surveillance program was limited to anti-death-penalty activists. But we now know activists for peace, immigration, and the environment were spied on too. I believe more of the spying story is yet to come out, however. With the help of a heroic Maryland attorney, David Rocah of the American Civil Liberties Union, and an equally heroic Maryland state senator, Jamie Raskin of Takoma Park, I believe all the facts will soon surface and we’ll see legislation in the state General Assembly in 2009 specifically banning police abuses like this.

The final tragedy here, of course, is how much this whole episode has been a distraction to the public. The real threat of terror to Maryland and the nation is the prospect of up to 23 feet of sea-level rise as the Greenland ice sheet continues to implode from rapid global warming. The violent activity behind this threat is our astonishing over-reliance on fossil fuels, especially coal, to power our economy while suicidally saturating the atmosphere with greenhouse gases. For all our declarations of “never again,” the ground-zero site of the World Trade Center will itself be literally under water from sea-level rise if we don’t switch quickly to 100-mile-per-gallon cars and clean electricity from wind power.

But you can’t have strong and lasting environmental protections without a strong democracy. Most of the transformative, positive change experienced in American history has happened only after significant citizen engagement at a noisy grassroots level. That’s why, ultimately, the objective of almost all environmental groups — from the more liberal Greenpeace to the more conservative Nature Conservancy — is inspiring average citizens to care enough to take action, to make their desires known, to get involved in the system.

But who’s going to get involved and get noisy — in Maryland or elsewhere — if citizens fear that the police are secretly attending the same rallies and meetings, secretly watching and taking notes and keeping lists? Thank God that outraged Marylanders from Ocean City to Cumberland continue to demand full disclosure and reform in the face of this tawdry police spying affair.

The national economy is tanking, we’re bogged down in two wars, and the accelerating impacts of global warming could soon get so severe that Pentagon planners already anticipate security challenges worldwide from the inevitable social unrest spawned by biblical droughts, floods, wildfires, and the rest. History shows that it is precisely during times of war and want that governments tend to overreach and trample liberties. And it’s only in resisting these temptations that certain kinds of governments — democracies — grow stronger.

With a climate disaster looming, I’ve worked very hard for many years to promote clean, renewable energy. But perhaps the greatest contribution I’ll ever make to this cause is the action I’m taking right now: standing up and working hard to keep government itself clean.

[Mike Tidwell is director of the Chesapeake Climate Action Network and author of Bayou Farewell: The Rich Life and Tragic Death of Louisiana’s Cajun Coast.]

This entry was posted in RagBlog and tagged Environmental Groups, Police State, Police Tactics, War on Terror. Bookmark the permalink.