Medical Marijuana : Raids Continue But Policy Change in the Air 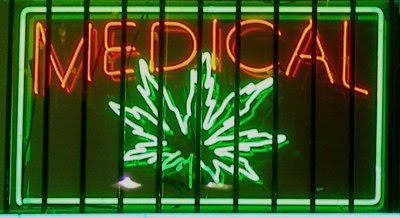 The message is clear, said UCLA professor Mark Kleiman, a former Justice Department official and an expert on crime and drug policy. ‘It is no longer federal policy to beat up on hippies.’

WASHINGTON — The White House won’t say it explicitly. Neither will the Drug Enforcement Administration. Yet there is a whiff in the air that U.S. policy is about to change when it comes to medical marijuana.

The message is clear, said UCLA professor Mark Kleiman, a former Justice Department official and an expert on crime and drug policy.

“It is no longer federal policy to beat up on hippies,” said Kleiman.

Tell that to the DEA.

In California this past week, agents raided four dispensaries in Los Angeles and seized 500 pounds of pot.

“It’s a little bit surprising, because I think current DEA management didn’t get the message,” said Kleiman. “The message is, this is no longer drug warrior time. We are not on a cultural crusade against pot-smoking.”

California law permits the sale of marijuana for medical purposes, though it is still against federal law.

Thirteen states have laws permitting medicinal use of marijuana. California is unique among them for the presence of dispensaries, businesses that sell marijuana and even advertise their services. Legal under California law, such dispensaries are still illegal under federal law.

“Anyone possessing, distributing or cultivating marijuana for any reason is in violation of federal law,” Sarah Pullen, a DEA spokeswoman in Los Angeles, said Thursday.

That may be the law, but it contradicts the medical marijuana position of the new president.

“The president believes that federal resources should not be used to circumvent state laws, and as he continues to appoint senior leadership to fill out the ranks of the federal government, he expects them to review their policies with that in mind,” said White House spokesman Nick Shapiro, repeating past statements.

So on Friday, DEA officials in Washington declined to comment at all on the subject.

As a presidential candidate, Obama repeatedly promised a change in federal drug policy in situations where state laws allow use of medical marijuana.

“I think the basic concept of using medical marijuana for the same purposes and with the same controls as other drugs prescribed by doctors, I think that’s entirely appropriate,” Obama told the Mail Tribune of Medford, Ore., in March.

A year earlier at a campaign stop in New Hampshire, Obama said: “I would not have the Justice Department prosecuting and raiding medical marijuana users.”

At age 47, Obama is part of a generation that had plenty of exposure to pot.

In his memoir, “Dreams from My Father,” he described time spent as a youth struggling with questions about his race and identity, and turning to drugs — including marijuana and cocaine — to “push questions of who I was out of my mind.”

The new president is unlikely to make any official change in policy before he has a new DEA chief and drug czar in place.

Yet experts believe it is already clear the Obama administration will change the strategy, if not the law, on medical marijuana.

Philip Heymann, a former deputy attorney general in the Clinton administration who is now a Harvard professor, said it’s time for the agency to put more effort into fighting drugs more dangerous than marijuana.

“I do expect him to appoint an administrator who takes marijuana less seriously than is traditional for the DEA, as I think most Americans do,” said Heymann.

Heymann said he expects the Obama administration will eventually instruct the DEA to emphatically scale back raids on dispensaries, and conduct such raids only in instances where investigators believe a business is abusing the dispensary system as a cover for other criminal behavior.

So last week’s raids in California may be the last of their kind.

“The DEA’s not likely to want to confront a new president,” said Heymann. “It may simply be that they’re behaving as they have traditionally, and they haven’t anticipated the change Obama and his spokesman are signaling.”

The Drug Enforcement Administration raided four dispensaries in Los Angeles this week and seized 500 pounds of marijuana, bringing fresh attention to the rift between state and federal law on medical marijuana use. President Obama said during the campaign he would not use the Justice Department, which oversees the DEA, to circumvent state laws.

Dozens of demonstrators gathered outside a downtown federal office building to call on the DEA to cease the raids, which also seized $10,000 in cash. They chanted “Obama stop the raids” and “DEA go away.”

“Somebody forgot to tell them all the rules are changing,” said Don Duncan of Americans for Safe Access, an advocacy group that promotes medical marijuana use and research.

California is among the states that allow the sale of marijuana for medicinal purposes, but the federal government has not recognized those laws. “Anyone possessing, distributing or cultivating marijuana for any reason is in violation of federal law,” said DEA spokeswoman Sarah Pullen.

But Obama has said he will change direction.

“I think the basic concept of using medical marijuana for the same purposes and with the same controls as other drugs prescribed by doctors, I think that’s entirely appropriate,” Obama told the Mail Tribune of Medford, Ore., last March. “I’m not going to be using Justice Department resources to try to circumvent state laws on this issue.”

Pullen directed questions on medical marijuana policy to the Justice Department in Washington. On Thursday, White House spokesman Nick Shapiro said “the president believes that federal resources should not be used to circumvent state laws.”

1 Response to Medical Marijuana : Raids Continue But Policy Change in the Air