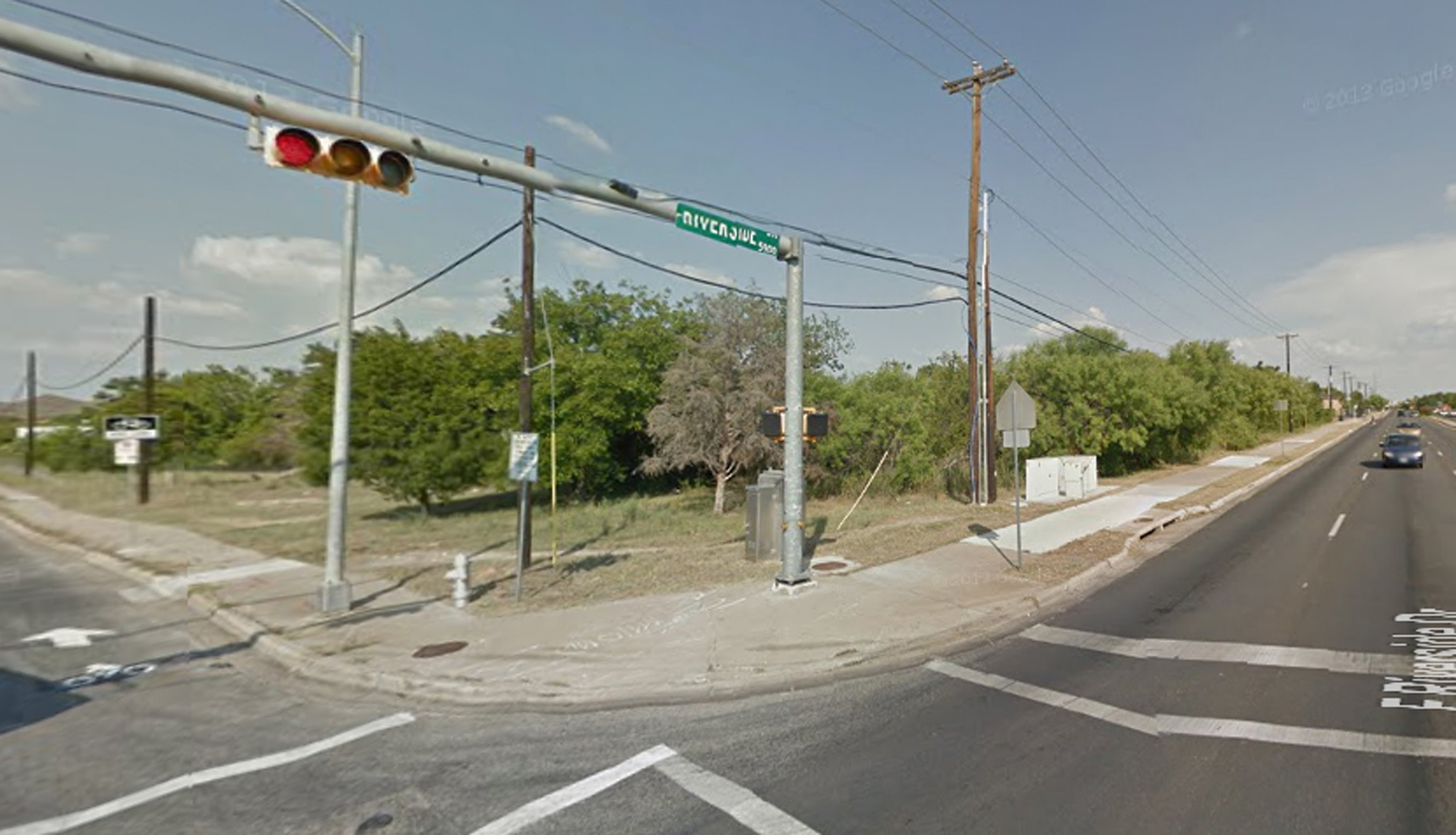 Four corners! Above is the southwest corner of E. Riverside and Grove Blvd. in Southeast Austin, courtesy of Google Maps. Photos inset in copy below are, from top, the southeast, northeast, and northwest corners. The lot on the northwest corner now sports a “For Sale” sign.

West on Riverside is IH35, then S. Congress and other routes to downtown. Eastward, curving Hwy. 71 intersects Hwy. 183; Austin Bergstrom airport is just down the way, on the other side of a vast state highway construction site that, sadly, did not include a railroad track. Let’s charitably call that a missed opportunity.

Now, one of Riverside and Grove’s four corners would be the endpoint of a proposed rail line linking ACC’s Grove campus with downtown and points north (e.g., ACC’s Highland Mall property), should a $1.4 billion-plus rail plan gain voter approval in November. This raises questions, chiefly, “Really? A train that doesn’t go to the airport?”

Is that a missed opportunity, or did taxi companies win the lottery?

Is that a missed opportunity, or did taxi companies win the lottery? Also, wouldn’t a terminal of some sort be needed at the rail terminus, rather than at its proposed site, the congested, sprawling intersection of Riverside and S. Pleasant Valley Rd. several blocks west?

Although quarrels over north-of-the-river sections of the rail plan may doom its passage, it’s still disconcerting to see so little debate about the south-of-the-river, east-of-the-interstate part, affecting some of Austin’s most vulnerable and under-represented neighborhoods.

In an apparently separate development, the Austin American-Statesman recently reported that Austin Energy, our publicly-owned utility, owns one of the other corners at Grove and E. Riverside and wants to build a $67 million headquarters there. This drew criticism even from Austin’s usually enthusiastic developer community, who say the proposed cost per square foot is outrageous.

AE claims it will build a futuristic energy-busting “model house” and eventually save ratepayers something. The Statesman hasn’t yet addressed how long has AE owned this lot, how much was paid for it, and what other properties has AE acquired, at what cost, that are not used for energy production. By what authorization were such properties obtained? I sure hope The Rag Blog‘s Roger Baker knows! 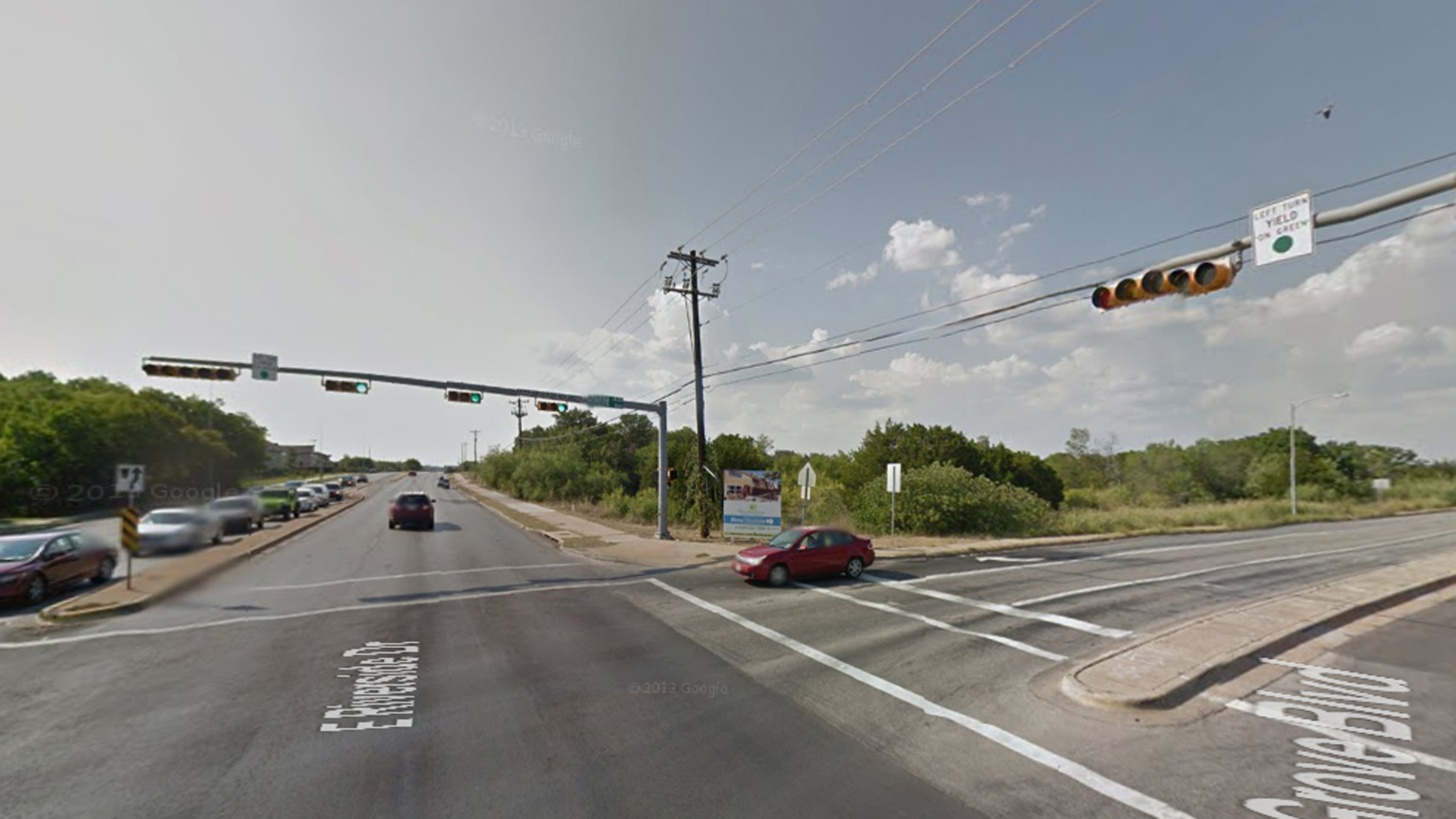 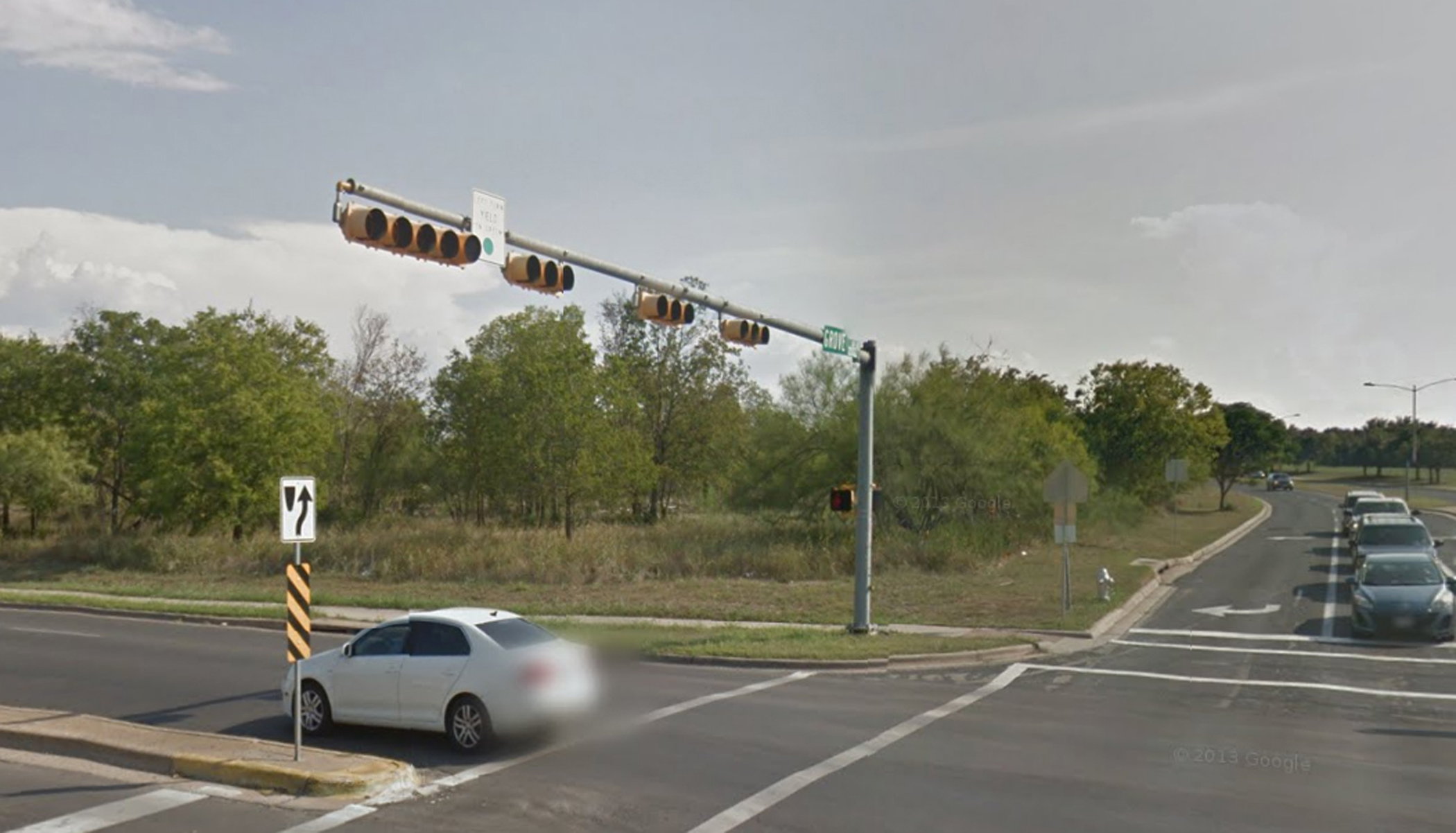 Whoever owns the other corners of Grove and E. Riverside will stand to make big money should the rail plan pass. I can almost visualize oversized, faux luxurious, slapdash-built “mixed-use” towers there, perhaps rising already in blueprint form. Ironically, few ACC students or staff will be able to afford the rents, if they mirror newish developments nearer IH35. Students and seniors alike are being priced out of the area. The historically Hispanic Montopolis community is on the chopping block.

Meanwhile, in another seemingly random development, completion of the visionary boardwalk linking eastern and western sections of the Butler Hike & Bike Trail will, according to the estimable volunteer nonprofit Trail Foundation, put focus on “other improvements,” namely, Longhorn Dam, where S. Pleasant Valley Rd. bridges Lady Bird Lake and the Colorado, north to south.

Here, pedestrians and bicycle traffic are restricted to a narrow lane on the upstream side of the dam, fenced from other traffic, but most northbound bike riders use the roadway instead. The story on the boardwalk opening doesn’t mention it, but the Parks Department has said it intends to close two lanes of SPV’s four lanes to vehicular traffic, to make more room and improve safety for trail users. The Department also said it doesn’t need the City Council to OK this action, supposedly approved by voters under miscellaneous pedestrian improvements!

One can only hope the Trail Foundation or others will trump this plan with a better one: suspend bike lanes from the downriver side of the dam, build an upper “garden” deck, or, hey: if the rail plan passes, use the proposed tunnel under LBL as a trail crossing! But please don’t make SPV even worse for folks who drive, live, work, and shop both sides of the river. Using either IH35 or 71/183 adds wasteful miles to such trips.

The infrastructure of Austin’s near southeast quadrant is being dismantled and supposedly rebuilt, yet no overall plan has been revealed.

I’ve mentioned only a few transportation-related and/or city department-initiated changes for the E. Riverside/Grove area said to be “in the works.” The point is that the infrastructure of Austin’s near southeast quadrant is being dismantled and supposedly rebuilt, yet no overall plan has been revealed, current plans seem not to complement one another, and special interests seem to have the upper hand.

Other affected infrastructure is not keeping up. Homeowners and residents are mostly uninvolved and uninformed; educational outreach is minimal. This kind of disconnected development is happening in other parts of town, too, whether in strips, spots, or whole tracts. In Southeast Austin, it’s everywhere.

Is our City planning process simply dominated by special interests that bicker and trade among themselves? Are mobile, unorganized, lower-income, largely minority neighborhoods just prey for the bulldozer?

[Mariann G. Wizard, a Sixties radical activist and contributor to The Rag, Austin’s underground newspaper from the 60s and 70s, is a poet, a professional science writer specializing in natural health therapies, and a Rag Blog contributing editor. Wizard lives near the corner of E. Riverside and Grove; for real old-timers, that’s close to the old Riverside Farms. ]