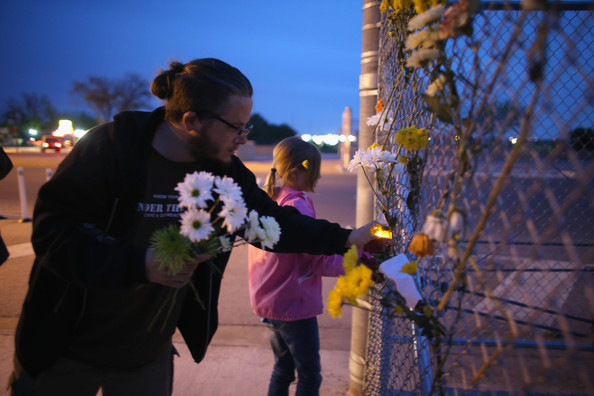 KILLEEN — When Spec. Ivan A. Lopez opened fire on fellow soldiers at Fort Hood on April 2, he killed four people and wounded 16 more. He was one of the casualties.

In a response sent to their supporters, Iraq Veterans Against the War (IVAW) said: “We [like President Obama] are heartbroken, because this shooting could have been prevented.”

IVAW, in partnership, with Under the Hood Café in Killeen, spent months at Fort Hood gathering firsthand accounts of the barriers soldiers face in getting help for Traumatic Brain Injuries (TBI), Post Traumatic Stress Disorder (PTSD) from combat, and sexual trauma. The Rag Blog has covered their campaign for the “Right to Heal.”

IVAW made it clear that the April 2 tragedy was not a story of one soldier’s inability to handle stress. “The United States military is an institution that teaches us to devalue the lives of others and to devalue ourselves. When combat stress and other injuries are added to that environment, the result is volatile.”

As the largest military base in the United States, Fort Hood has been at the center of more than a decade of active war. Multiple deployments, roadside bombs in Iraq and Afghanistan, and seemingly endless war have left a toll of physical and mental scars. In 2010, Fort Hood experienced a record 22 suicides in one year.

Soldiers face stigma and shame for asking for help. They face a bureaucratic treadmill. The quick response is usually pharmaceutical, which can lead to other problems. Soldiers are often told that their problems stem from a “preexisting condition,” a diagnosis that allows the Army to “Chapter out” soldiers who are expensive to treat.

IVAW says: “The army claims that PTSD is difficult to diagnose. It would be much more accurate to say that it’s difficult for veterans and service members to get a diagnosis from a military or VA doctor.”

As the Fort Hood community is coping with another tragic shooting, we would do well to listen carefully to the voices of IVAW and Under the Hood. IVAW  will release a full report on their “Right to Heal” findings this Memorial Day. And please follow this link to listen to Malachi Muncy of Under the Hood and Ryan Holleran of IVAW on Democracy Now!