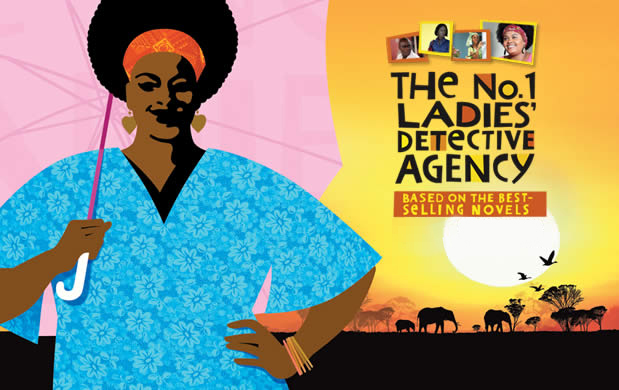 The award-winning No. 1 Ladies Detective Agency lasted one season on HBO.

Scotsman Alexander McCall Smith wrote 13 delightful The No. 1 Ladies’ Detective Agency novels from 1998 to 2012, and Oscar-winning director Anthony Minghella (The English Patient), just before his untimely death at age 54, co-created the wonderful eight-episode TV version, which aired on HBO in 2009.

After only one season, it won a Peabody Award, AFI’s “TV Program of the Year,” a NAMIC “Best Actress” Vision award for star Jill Scott, three Emmy nominations and 10 other award noms. I never met anyone who watched it and didn’t adore it.

The setting is unique, as no film or TV series had previously been shot in Botswana. The Botswana government reportedly provided $5 million of funding for the project, and the set, known locally as “Kgaleview,” has now become a major tourist attraction. 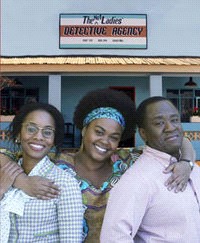 Executive producer Anthony Minghella directed and co-wrote the pilot adaptation with fellow executive producer Richard Curtis (Oscar-nominated for Four Weddings and a Funeral). Producers of the pilot were Sydney Pollack (Oscars for Tootsie and [With Minghella] Out of Africa) and Harvey Weinstein (Oscar for Shakespeare in Love and 36 other awards and noms). HBO and the BBC cancelled this gem after one season due to poor ratings.

The No. 1 Ladies’ Detective Agency was the Weinstein Company’s first foray into television. Harvey commented that he was thrilled to be working with HBO on the project because he believed they were responsible for producing television that is often superior to films.

Particularly fascinating to me was working and filming in an African country where old and new are currently coexisting, where traditional values have not yet been eroded by the demands and efficiencies and neuroses of the modern. It was a privilege to be working on a film which celebrates what we can learn from Africa, and not what we think we can teach it.

In the pilot, which was seen by 6.8 million Britons, Precious sold her late father’s cows and moved to the capital city of Gabarone, becoming the country’s finest — and only — female private detective. With the help of her friends, she solved the mysteries of a missing finger, a dubious daddy, and a cheating husband.

In the next episode she hunted down an absconding apostolic, found a disappearing dog, and checked up on a definitely disturbed dentist. In other episodes she dealt with a spate of mysterious hospital deaths, a son missing for a decade, ivory smuggling, blackmail, and fake diamonds. Meanwhile, Mma Ramotswe’s best friend and tenant, mechanic JLB Matekoni, hoped for a chance to win her heart.

The reviewer for Britain’s The Independent said “in adapting Alexander McCall Smith’s hugely popular novels for the screen, Minghella and Richard Curtis found a way to stiffen their representation of African life without losing the sweet moral clarity of the originals.”

All eight episodes are on Netflix. Here’s one from YouTube.

The wonderful series also aired in Sweden, Hungary, Australia, Finland, Portugal, and Germany. It is marvelously different from anything you have seen before, and all the performances are delicious.