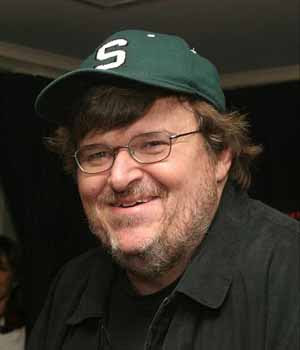 I don’t get to vote for President this primary season. I live in Michigan. The party leaders (both here and in D.C.) couldn’t get their act together, and thus our votes will not be counted.

So, if you live in Pennsylvania, can you do me a favor? Will you please cast my vote — and yours — on Tuesday for Senator Barack Obama?

I haven’t spoken publicly ’til now as to who I would vote for, primarily for two reasons: 1) Who cares?; and 2) I (and most people I know) don’t give a rat’s ass whose name is on the ballot in November, as long as there’s a picture of JFK and FDR riding a donkey at the top of the ballot, and the word “Democratic” next to the candidate’s name.

Seriously, I know so many people who don’t care if the name under the Big “D” is Dancer, Prancer, Clinton or Blitzen. It can be Mickey Mouse, Donald Duck, Barry Obama or the Dalai Lama.

Well, that sounded good last year, but over the past two months, the actions and words of Hillary Clinton have gone from being merely disappointing to downright disgusting. I guess the debate last week was the final straw. I’ve watched Senator Clinton and her husband play this game of appealing to the worst side of white people, but last Wednesday, when she hurled the name “Farrakhan” out of nowhere, well that’s when the silly season came to an early end for me. She said the “F” word to scare white people, pure and simple. Of course, Obama has no connection to Farrakhan. But, according to Senator Clinton, Obama’s pastor does — AND the “church bulletin” once included a Los Angeles Times op-ed from some guy with Hamas! No, not the church bulletin!

This sleazy attempt to smear Obama was brilliantly explained the following night by Stephen Colbert. He pointed out that if Obama is supported by Ted Kennedy, who is Catholic, and the Catholic Church is led by a Pope who was in the Hitler Youth, that can mean only one thing: OBAMA LOVES HITLER!

Yes, Senator Clinton, that’s how you sounded. Like you were nuts. Like you were a bigot stoking the fires of stupidity. How sad that I would ever have to write those words about you. You have devoted your life to good causes and good deeds. And now to throw it all away for an office you can’t win unless you smear the black man so much that the superdelegates cry “Uncle (Tom)” and give it all to you.

But that can’t happen. You cast your die when you voted to start this bloody war. When you did that you were like Moses who lost it for a moment and, because of that, was prohibited from entering the Promised Land.

How sad for a country that wanted to see the first woman elected to the White House. That day will come — but it won’t be you. We’ll have to wait for the current Democratic governor of Kansas to run in 2016 (you read it here first!).

There are those who say Obama isn’t ready, or he’s voted wrong on this or that. But that’s looking at the trees and not the forest. What we are witnessing is not just a candidate but a profound, massive public movement for change. My endorsement is more for Obama The Movement than it is for Obama the candidate.

That is not to take anything away from this exceptional man. But what’s going on is bigger than him at this point, and that’s a good thing for the country. Because, when he wins in November, that Obama Movement is going to have to stay alert and active. Corporate America is not going to give up their hold on our government just because we say so. President Obama is going to need a nation of millions to stand behind him.

I know some of you will say, ‘Mike, what have the Democrats done to deserve our vote?’ That’s a damn good question. In November of ’06, the country loudly sent a message that we wanted the war to end. Yet the Democrats have done nothing. So why should we be so eager to line up happily behind them?

I’ll tell you why. Because I can’t stand one more friggin’ minute of this administration and the permanent, irreversible damage it has done to our people and to this world. I’m almost at the point where I don’t care if the Democrats don’t have a backbone or a kneebone or a thought in their dizzy little heads. Just as long as their name ain’t “Bush” and the word “Republican” is not beside theirs on the ballot, then that’s good enough for me.

I, like the majority of Americans, have been pummeled senseless for 8 long years. That’s why I will join millions of citizens and stagger into the voting booth come November, like a boxer in the 12th round, all bloodied and bruised with one eye swollen shut, looking for the only thing that matters — that big “D” on the ballot.

Don’t get me wrong. I lost my rose-colored glasses a long time ago.

It’s foolish to see the Democrats as anything but a nicer version of a party that exists to do the bidding of the corporate elite in this country. Any endorsement of a Democrat must be done with this acknowledgement and a hope that one day we will have a party that’ll represent the people first, and laws that allow that party an equal voice.

Finally, I want to say a word about the basic decency I have seen in Mr. Obama. Mrs. Clinton continues to throw the Rev. Wright up in his face as part of her mission to keep stoking the fears of White America. Every time she does this I shout at the TV, “Say it, Obama! Say that when she and her husband were having marital difficulties regarding Monica Lewinsky, who did she and Bill bring to the White House for ‘spiritual counseling?’ THE REVEREND JEREMIAH WRIGHT!”

But no, Obama won’t throw that at her. It wouldn’t be right. It wouldn’t be decent. She’s been through enough hurt. And so he remains silent and takes the mud she throws in his face.

That’s why the crowds who come to see him are so large. That’s why he’ll take us down a more decent path. That’s why I would vote for him if Michigan were allowed to have an election.

But the question I keep hearing is… ‘can he win? Can he win in November?’ In the distance we hear the siren of the death train called the Straight Talk Express. We know it’s possible to hear the words “President McCain” on January 20th. We know there are still many Americans who will never vote for a black man. Hillary knows it, too. She’s counting on it.

Pennsylvania, the state that gave birth to this great country, has a chance to set things right. It has not had a moment to shine like this since 1787 when our Constitution was written there. In that Constitution, they wrote that a black man or woman was only “three fifths” human. On Tuesday, the good people of Pennsylvania have a chance for redemption.