Despite Al Campanis’ historic racist remark, he was a proud and honorable man who was mistreated by pro baseball’s self-righteous moral guardians. 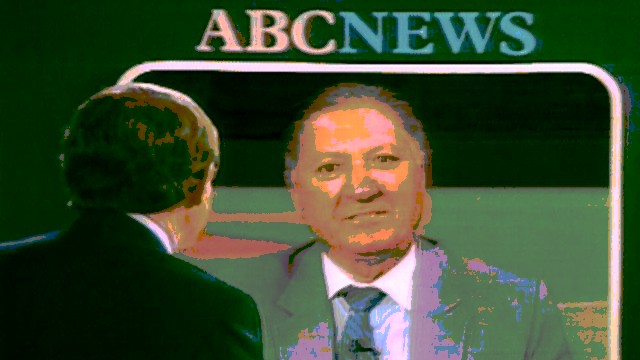 I often think of Al Campanis, a true baseball old-timer I knew, who was drummed out of the game he so loved in 1987 because of his foolish remark on the ABC news show, Nightline,  about black players lacking “the necessities” to be managers or front office executives.

He’d been a Montreal Royal shortstop in 1946, playing alongside Jackie Robinson at second base, had barnstormed off-season with a racially integrated squad, and was a Brooklyn Dodger scout who unearthed Roberto Clemente and Sandy Koufax.  He reached the apex of his profession as General Manager of the Los Angeles Dodgers and took them to four pennants and one World Series title. He even prevented a former black Dodger from killing himself.

And then he was suddenly, abruptly, unexpectedly, and permanently blacklisted by a business which had until 1947 barred black players.

In late 1987 or early 1988 Al Campanis phoned me. Out of a job since that TV performance, he asked if I would help him write his autobiography. He had come to me, he said, because I’d written a biography of his former mentor and boss Branch Rickey. So, the next week I drove up the coast from Laguna Hills where I was living in Fullerton in Orange County in southern California where Al and his wife lived in a modest suburban home not far from Angels Stadium.

Born out of wedlock in 1916 in Kos, part of the Dodecanese Islands (once part of Italy but returned to Greece in 1947), Campanis and his mother arrived in the U.S. when he was six. He graduated from New York University, played football there though he loved baseball more, and then joined the Navy. Once discharged, he began playing minor league baseball.

On five more occasions I drove north to Fullerton, where Al and other expatriate former Brooklyn Dodgers had moved in 1957 when Walter O’Malley kidnapped the team and moved it to L.A. (As the hoary joke among unrequited Brooklyn fans went and still goes: A diehard Brooklyn fan walks into a bar with a gun and sees Hitler, Stalin, and O’Malley. Guess who he shoots.) 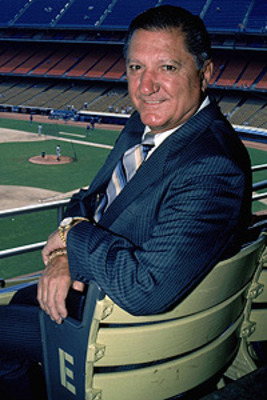 We talked and talked, drank coffee, ate sandwiches, and sat around his comfortable but hardly luxurious kitchen, his wife always gone for the day. He was about 71 or 72, tall, agile, a still-vigorous, handsome, if aging athlete with a commanding, “I’m the GM” tone. A man accustomed to lead, or so I thought when I first met him.

He spoke quietly of his past, how Rickey taught him how to evaluate baseball players and the skills needed to build a successful ball club. He was especially proud of a small book he had composed detailing what he had learned and practiced, The Dodger Way to Play Baseball, and autographed a copy for me and offered me as well a signed photo of himself. Looking back, I felt like a cub reporter, honored to be treated as an equal, a feeling which gradually left me the more we met and talked. Soon, I could see the man was hurt, badly hurt.

On other days he was more relaxed, warmer, less interested in impressing me with his baseball past. He wanted an honest book, he said over and again, one that told his life story, good and bad. He proudly spoke of players, especially black ones, he had treated fairly and honorably, like Roy Campanella and of course Robinson, who he said he taught various infield skills while they played together for the Dodger’s top farm club Montreal in the International League.

He told me how a deeply depressed John Roseboro, once a star catcher for the Dodgers, tried to commit suicide in his office.

He told me how a deeply depressed John Roseboro, once a star catcher for the Dodgers, tried to commit suicide in his office when Campanis somehow persuaded him to drop his gun. It was as if he was asking, desperately, how can anyone call me a racist or bigot?

He was in truth unhappy and wounded, profoundly regretful, and thoroughly crushed. “Even prisoners get parole or probation, don’t they?” he blurted out one day, managing a feeble smile. What was hardest for him was that he had mindlessly squandered what he treasured most in life: authority, companionship, responsibility, the respect of his beloved baseball community. The seasonal Chase. The Game. He told me that soon after the Nightline debacle he appealed to Jackie Robinson’s widow Rachel for advice and she wisely, compassionately, told him, “Forget it, Al. Move on with your life.”

In all our meetings he always returned to that late-night TV show in the vacant Houston Astrodome, where he expected to join Don Newcombe, the black ex- pitcher — who never appeared because his flight had been cancelled due to bad weather, Roger Kahn of Boys of Summer fame, and Rachel Robinson to celebrate the 40th anniversary of the significance of her husband’s arrival and impact. While he was waiting, he told me, he kept staring into the dark screen of a camera, far from the producer in New York and interviewer Ted Koppel in Maryland.

And then it came: Koppel lobbed him a softball asking why there were virtually no black managers, front office executives, or owners, and whether racial bias was widespread in baseball. His convoluted answer would follow him into his grave. “No, I don’t believe it’s prejudice. I truly believe that they may not have some of the necessities to be, let’s say, a field manager, or perhaps a general manager.”

Al tried to explain to me how he only intended to refer to their lack of actual experience. But managers have been employed without major league experience and some teams preferred filling their front office from an all-white, old boys roster of pals. Nor did he consider the power of super-wealthy white owners, “jock sniffers” in Robert Lipsyte’s biting, felicitous phrase, who had often inherited or married into money and power. He was certainly unaware of what Rev. Billy Kyles, a close ally of Dr. Martin Luther King, Jr., meant when he told Tim Wendel in Summer of ‘68 that King and his best friends closely watched sports with “an historical eye.” 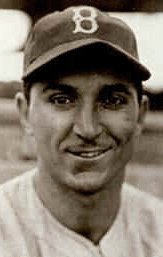 In our final meeting he told me he was initially blindsided by the question and become confused and unable to respond sensibly. No, he hadn’t been drinking though he may have been feeling sickly. And no, Ted Koppel had not been unfair. In parting that last day, I left believing that despite his stupid remark he was a proud and honorable man who had been badly treated by the pitiless world of professional baseball and its self-righteous moral guardians.

He was forced to resign and would never again be hired to run a baseball team (nor for that matter, would the brainy, courageous Robinson who was treated just as ruthlessly, never hired for any job in baseball, leading him to look elsewhere and even serve as a GM for the New York Stars, a Continental League football team that played under a bridge on an island off Manhattan to meager crowds) despite accolades from black players, managers and others who knew him.

Dusty Baker said, ‘You hate that any man’s career is ruined in a couple of minutes.’

Dusty Baker, the African-American manager and former Dodger outfielder, said, “You hate that any man’s career is ruined in a couple of minutes. What he said was wrong, but he was always cool to minorities when I was there, especially the Latin players, and the blacks.”

Harry Edwards, a sociologist at Berkeley and a civil rights activist who was taken on by baseball to help develop ways of adding more minorities to leadership roles, worked with Campanis after Nightline. On ESPN’s Outside the Lines documentary he explained,

It’s an old American temptation. Punish the words, not the deeds. Don Imus, Andy Rooney, Jesse Jackson, and Rush Limbaugh spring to mind. Some, like Imus and Rooney, didn’t suffer too much and managed to recover. Jesse Jackson and his “Hymietown” remark faded and he’s carried on in Washington. Rush Limbaugh lost lots of advertisers (temporarily) while keeping his many radio outlets and millions of loyal fans. And according to Larry Elder in Jewish World Review, even Harry Truman once called New York “Kiketown” in his correspondence. Richard Nixon couldn’t stand Jews — except, maybe, Henry Kissinger — and told his tape recorder all about it, but he survived his foul mouth and anti-Semitism — Watergate and his resignation are another matter.

So I ask years after his death: Should Al Campanis have been pilloried and permanently blacklisted for one blunder? Or did white fear of being branded bigots allow groupthink to take over? In 1987, five managers and eight general managers or team presidents were hired, none of them black. Someone had to shoulder the blame for institutionalized racism. Al Campanis was the perfect scapegoat.

He died in 1998, but his life was effectively over in 1987. His punishment never fit the crime. He should have been suspended and then allowed to return to work. Baseball owes him a belated apology.

His autobiography was never written.