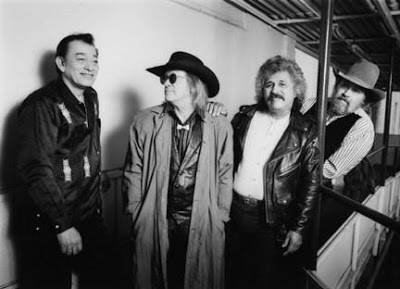 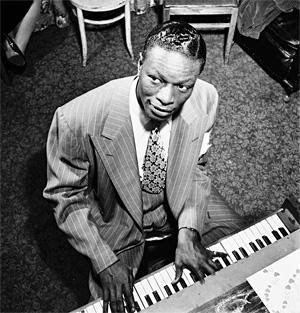 Class personified: Nat King Cole.
The bueno, the bad and the muy ugly
By Gustavo Arellano and John Nova Lomax

Mexican artists have recorded English-language songs for decades, but the opposite is rare. American musicians have historically treated Mexican music like they treat Mexicans, and when they do bother to cover a classic, they tend to sound absolutely awful. Here, we present our favorite American covers of Mexican songs, plus a couple of efforts that deserve deportation. And for the purposes of continuity, wabs such as Linda Ronstadt and El Chicano don’t count, nor do semi-Spanish tracks such as “Que Sera Sera” and “Spanish Bombs.” (San Antonio-style Spanglish gets a pass, though.)

Anything by Nat King Cole: The man was class personified, even when he recorded three albums in Spanish during the ’50s and ’60s. Although he wasn’t fluent in español and had to pronounce every line phonetically, Cole still earned the love of Latin America, not just because of his earnest effort tackling Mexican and Latin American standards, but because his backing bands always rocked — witness the rollicking rumba on “Ay Cosita Linda.”

Pete Seeger: Not only did the big boss man of the folk movement and the founder of the modern-day protest song popularize the Cuban anthem “La Guantanamera,” he also recorded a banjo version of “Cielito Lindo,” the Mexican standard composed by Quirino Mendoza y Cortés in the 19th century. Perhaps it was Seeger’s version that inspired Frito-Lay to adopt the song for their ill-fated, ethnically insensitive Frito Bandito campaign, which, in turn, inspired the iconography of the San Leon-founded motorcycle gang the Bandidos. But it’s just as likely to have come from any of several other Anglo versions, including all-Spanish renditions by Nederland’s Tex Ritter (who went on to father John Ritter) and Riders in the Sky, and English-language versions by Homer and Jethro, and Count Basie with the Mills Brothers.

Doug Sahm: No Anglo artist was ever better at weaving in and out of Spanish, Spanglish and English vocals, not to mention Tex-Mex music styles, as Doug Sahm. Sahm’s Spanish vocals began with a verse on “Nuevo Laredo” on Sir Douglas Quintet’s debut album (which I think Sahm’s Hispanic bandmates sing without him) and continued with the Mexican folk instrumental “La Cacahuete” on Groover’s Paradise and the words “soy Chicano” and a full-throated grito on “Chicano” on Texas Tornado. Sahm was an hombre of two culturas, all through his various projects and alter egos (including the Mexican-American “Doug Saldaña”) right up to the end of his days. “Hey Baby (Qué Paso),” the unofficial municipal anthem of San Antonio, finds Sahm leading the Texas Tornados through inimitable South Texas Spanglish as only he could. (Both Tornados albums also came out in all-Spanish versions.) Come to think of it, fellow San Antonian Johnny Bush can swing this kind of stuff, too: Check out his “Dos Tacos” for proof.

Carl Stallings: The legendary Warner Bros. cartoon composer was more responsible than anyone else for popularizing Juventino Rosas’ “Sobre las Olas” (“Over the Waves”), a slow waltz that Stallings sped up whenever a cartoon needed to show people getting seasick — think any adventures with Bugs Bunny on a ship and turning green. Trust us, you’ve heard this song — and if you haven’t, you probably eat puppies for dinner.

The Breeders: How this alt-rock supergroup came across “Regálame Esta Noche” (“Give Me This Night”) is a testament to their genius — and perhaps to their Hispanic rhythm section of José Medeles and Mando López. This wistful bolero — made famous by Mexican ranchera icon Javier Solis — is treated nicely by Kim Deal, even though her Spanish is a bit too gabacha. And since we’re tangentially discussing the Pixies, special mention goes to their “Vamos,” which starts with Dominican-tinged Spanish and launches into some pro-immigrant moshing afterward.

The Simpsons: You catch only a snippet of them singing “La Bamba” in full mariachi outfits (to pay off a dinner) in the episode when Homer becomes Mr. Burns’ prank monkey, but it’s a hoot. Even better, though, is this exchange:

Marge: “When did this happen? When did we become the bottom rung of society?”

Homer: “I think it was when that cold snap killed off all the hobos.”

Neil Diamond: Speaking of “La Bamba,” he recorded a horrid version for his 1966 debut album, The Feel of Neil Diamond. It’s not his butchered pronunciation that offends — most Mexicans can’t even properly speak the language of Cervantes. No, the problem is in the music — out-of-place handclaps, wimpy backing vocals, and a piano riff stolen from Ray Barretto’s “El Watusi.” Hey, Neil: That intoxicating beat is Cuban, not Mexican — learn to differentiate your spics!

The Ventures: Besides “La Bamba,” “Perfidia” is probably the Mexican song most covered by Americans, a melancholy remembrance written by Alberto Dominguez in 1939, sung by any major Latin American artist since, and attempted stateside by everyone from Glenn Miller to Jimmy Dorsey to ska gal Phyllis Dillon’s rocksteady English take. The best version, however, is by surf-rock gods the Ventures, whose twangy reverb adds melancholy to the group’s trademark relentless chug.

Jon Dee Graham: The native of Quemado, a small town on the Rio Grande between Del Rio and Eagle Pass, grew up hearing plenty of Spanish, especially renditions of the song “Volver Volver,” the “Sweet Caroline” of south Texas. The gravel-voiced Graham recorded the tune on his 2002 album Hooray for the Moon, and if you’ve ever wondered what might have happened if Tom Waits had learned Spanish and grown up in southwest Texas, this might give you an idea. (Graham was also in the True Believers with Alejandro Escovedo, one of the most influential and revered Mexican Americans in underground rock ‘n’ roll history.)

Ted Kennedy: The Know-Nothing nation nearly exploded when clips of the Massachusetts senator singing in Spanish on El Piolín’s show hit the Internet and when he sang again at various campaign stops for Barack Obama. They theorized Ted was drunk, that he was butchering some romantic serenade, but the lovable liberal lush actually did a pretty good job with “¡Ay Jalisco, No Te Rajes!” (“Jalisco, Don’t Chicken Out!”), a mariachi song immortalized by Javier Solis and made popular in los Estados Unidos when it appeared in Disney’s 1944 propaganda effort, The Three Caballeros.

Big Walter Horton and Ronnie Earl: All you hear about nowadays is that Mexicans and blacks hate each other. Both sides should shut up and listen to the cross-cultural love that surfaces when these two blues legends do an awesome version of “La Cucaracha,” a rendition so great, I dare say it’s the greatest “La Cucaracha” not played out of a car horn.

Robert Ealey: Also in this black and brown, two-tone vein, we have late Fort Worth bluesman Robert Ealey’s “Tica,” which finds the north Texas boogie king declaring his love for a fair señorita in what sounds very much like, but is most definitely not, actual Spanish. “Siño no noma tita,” Ealey begins. “Sico camba ñe-yeeer.” Later he shouts some even more garbled faux-Spanish encouragement to his guitarist. The whole thing is too sweet-natured and funny to cause offense.