Nader: Asking the FDIC to Be Realistic 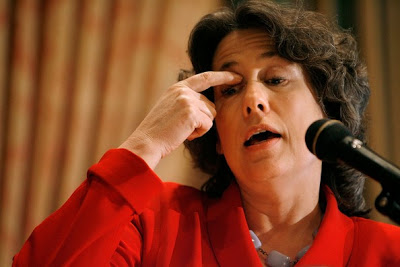 This week, the Wall Street Journal reported that Federal Deposit Insurance Corporation (FDIC) officials are pushing various agencies charged with regulating banks, such as the Treasury’s Office of Thrift Supervision to more aggressively give problem banks lower ratings than they may now be receiving from regulators. Regulators give banks a rank between 1 and 5. Well-managed banks get a 1, problem banks receive a 4 or 5. The FDIC wants to see more banks getting 4s or 5s.

In late July, I wrote to U.S. Senate Committee on Banking, Housing and Urban Affairs Chairman Christopher Dodd (D-Conn.) and House Financial Services Committee Chairman Barney Frank, D-Mass. to suggest that they jointly hold hearings on the FDIC’s ability to deal with potential bank failures in the next several years. In the letter, I noted that in a March 10, 2008 memorandum on insurance assessment rates, Arthur J. Murton, Director of the Division of Insurance and Research for the FDIC stated:

While 99 percent of insured institutions meet the “well capitalized” criteria, the possibility remains that the fund could suffer insurance losses that are significantly higher than anticipated. The U.S. economy and the banking sector currently face a significant amount of uncertainty from ongoing housing sector problems, financial market turbulence and potentially weak prospects for consumer spending. These problems could lead to significantly higher loan losses and weaker earnings for insured institutions.

FDIC Chairman Sheila C. Bair, however, has been singing a more upbeat tune. She recently said, “The banking system in this country remains on a solid footing through the guarantees provided by FDIC insurance. The overwhelming majority of banks in this country are safe and sound and the chances that your own bank could fail are remote. However, if that does happen, the FDIC will be there – as always – to protect your insured deposits.”

Despite these reassuring words, the recent failure of IndyMac highlights the need for tough Congressional oversight. Banking experts have indicated that the cost of the collapse of IndyMac alone will be between $4 billion and $8 billion. The FDIC has approximately $53 billion on hand to deal with bank failures. This amount may not be adequate, given the cost of IndyMac and given the approximately $4 trillion in deposits the FDIC insures.

Congressional oversight of the financial services industry and its regulators should be a topic priority for Congress. I even suggested several questions that should be put to FDIC officials such as:

1. Was IndyMac on the list of “Problem Institutions” before it failed?

2. Were the other banks that failed this year on the FDIC list of “Problem Institutions”?

3. What is the anticipated cost of dealing with the failures of the other four banks that failed this year?

6. What is the estimated range of costs of dealing with the projected failures?

7. What will the effect of higher losses than those projected be on the FDIC’s estimate of the proper reserve ratio?

8. What are the FDIC’s projections for reserves needed and potential bank failures beyond 2009?

9. Is the FDIC resisting raising the current rates of assessments on FDIC insured banks so that the cost of any significant bailouts will have to be shifted to the taxpayers?

10. Does the Government Accountability Office (GAO) believe that the existing rate schedule for banks to pay into the Deposit Insurance Fund (DIF) is set at the proper level?

It would also make sense for Congress to revisit the FDIC’s current approach to setting reserve ratios for banks.

The FDIC is not likely to address its own inability to clearly assess the current risks posed to depositors and taxpayers by the high-rolling, bailout-prone banking industry.

When Congress reconvenes after Labor Day it would be prudent for Senator Dodd and Congressman Frank to focus on the FDIC and our nation’s troubled banks through some tough no-holds-barred hearings. These two lawmakers are going to have to hear from the people back home soon.

Neither Senator Dodd nor Congressman Frank have responded to my letter of July 23, 2008.

Ralph Nader is running for president as an independent.

This entry was posted in RagBlog and tagged Banking, Congress, U.S. Government. Bookmark the permalink.