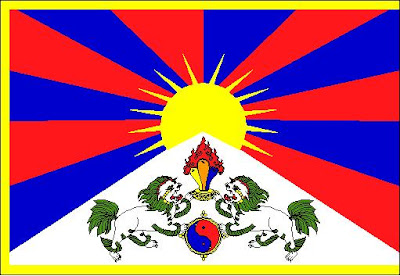 Tibet and Palestine
By Uri Avnery

[Uri Avnery is an Israeli writer and peace activist with Gush Shalom. He is a contributor to CounterPunch’s book The Politics of Anti-Semitism.]

“Hey! Take your hands off me! Not you! You!!!”–the voice of a young woman in the darkened cinema, an old joke.

“Hey! Take your hands off Tibet!” the international chorus is crying out, “But not from Chechnya! Not from the Basque homeland! And certainly not from Palestine!” And that is not a joke.

Why? Because I have an uneasy feeling that somebody is washing my brain, that what is going on is an exercise in hypocrisy.

I don’t mind a bit of manipulation. After all, it is not by accident that the riots started in Tibet on the eve of the Olympic Games in Beijing. That’s alright. A people fighting for their freedom have the right to use any opportunity that presents itself to further their struggle.

I support the Tibetans in spite of it being obvious that the Americans are exploiting the struggle for their own purposes. Clearly, the CIA has planned and organized the riots, and the American media are leading the world-wide campaign. It is a part of the hidden struggle between the US, the reigning super-power, and China, the rising super-power – a new version of the “Great Game” that was played in central Asia in the 19th century by the British Empire and Russia.
Tibet is a token in this game.

I am even ready to ignore the fact that the gentle Tibetans have carried out a murderous pogrom against innocent Chinese, killing women and men and burning homes and shops. Such detestable excesses do happen during a liberation struggle.

No, what is really bugging me is the hypocrisy of the world media. They storm and thunder about Tibet. In thousands of editorials and talk-shows they heap curses and invective on the evil China. It seems as if the Tibetans are the only people on earth whose right to independence is being denied by brutal force, that if only Beijing would take its dirty hands off the saffron-robed monks, everything would be alright in this, the best of all possible worlds.

There is no doubt that the Tibetan people are entitled to rule their own country, to nurture their unique culture, to promote their religious institutions and to prevent foreign settlers from submerging them.

But are not the Kurds in Turkey, Iraq, Iran and Syria entitled to the same? The inhabitants of Western Sahara, whose territory is occupied by Morocco? The Basques in Spain? The Corsicans off the coast of France? And the list is long.

Again and again I try to find a satisfactory answer to this enigma. In vain.

Immanuel Kant demanded of us: “Act as if the principle by which you act were about to be turned into a universal law of nature.” (Being a German philosopher, he expressed it in much more convoluted language.) Does the attitude towards the Tibetan problem conform to this rule?
Does it reflect our attitude towards the struggle for independence of all other oppressed peoples?
Not at all.

What, then, causes the international media to discriminate between the various liberation struggles that are going on throughout the world?

Here are some of the relevant considerations:

– Do the people seeking independence have an especially exotic culture?

– Are they an attractive people, i.e. “sexy” in the view of the media?

– Is the struggle headed by a charismatic personality who is liked by the media?

– It the oppressing government disliked by the media?

– Does the oppressing government belong to the pro-American camp? This is an important factor, since the United States dominates a large part of the international media, and its news agencies and TV networks largely define the agenda and the terminology of the news coverage.

– Are economic interests involved in the conflict?

– Does the oppressed people have gifted spokespersons, who are able to attract attention and manipulate the media?

From these points of view, there is nobody like the Tibetans. They enjoy ideal conditions.

Fringed by the Himalayas, they are located in one of the most beautiful landscapes on earth. For centuries, just to get there was an adventure. Their unique religion arouses curiosity and sympathy. Its non-violence is very attractive and elastic enough to cover even the ugliest atrocities, like the recent pogrom. The exiled leader, the Dalai Lama, is a romantic figure, a media rock-star. The Chinese regime is hated by many – by capitalists because it is a Communist dictatorship, by Communists because it has become capitalist. It promotes a crass and ugly materialism, the very opposite of the spiritual Buddhist monks, who spend their time in prayer and meditation.

When China builds a railway to the Tibetan capital over a thousand inhospitable kilometers, the West does not admire the engineering feat, but sees (quite rightly) an iron monster that brings hundreds of thousands of Han-Chinese settlers to the occupied territory.

And of course, China is a rising power, whose economic success threatens America’s hegemony in the world. A large part of the ailing American economy already belongs directly or indirectly to China. The huge American Empire is sinking hopelessly into debt, and China may soon be the biggest lender. American manufacturing industry is moving to China, taking millions of jobs with it.

Compared to these factors, what have the Basques, for example, to offer? Like the Tibetans, they inhabit a contiguous territory, most of it in Spain, some of it in France. They, too, are an ancient people with their own language and culture. But these are not exotic and do not attract special notice. No prayer wheels. No robed monks.

The Basques do not have a romantic leader, like Nelson Mandela or the Dalai Lama. The Spanish state, which arose from the ruins of Franco’s detested dictatorship, enjoys great popularity around the world. Spain belongs to the European Union, which is more or less in the American camp, sometimes more, sometimes less.

The armed struggle of the Basque underground is abhorred by many and is considered “terrorism”, especially after Spain has accorded the Basques a far-reaching autonomy. In these circumstances, the Basques have no chance at all of gaining world support for independence.

The Chechnyans should have been in a better position. They, too, are a separate people, who have for a long time been oppressed by the Czars of the Russian Empire, including Stalin and Putin. But alas, they are Muslims – and in the Western world, Islamophobia now occupies the place that had for centuries been reserved for anti-Semitism. Islam has turned into a synonym for terrorism, it is seen as a religion of blood and murder. Soon it will be revealed that Muslims slaughter Christian children and use their blood for baking Pitta. (In reality it is, of course, the religion of dozens of vastly different peoples, from Indonesia to Morocco and from Kosova to Zanzibar.

The US does not fear Moscow as it fears Beijing. Unlike China, Russia does not look like a country that could dominate the 21st century. The West has no interest in renewing the Cold War, as it has in renewing the Crusades against Islam. The poor Chechnyans, who have no charismatic leader or outstanding spokespersons, have been banished from the headlines. For all the world cares, Putin can hit them as much as he wants, kill thousands and obliterate whole towns.

That does not prevent Putin from supporting the demands of Abkhazia and South Ossetia for separation from Georgia, a country which infuriates Russia.

If Immanuel Kant knew what’s going on in Kosova, he would be scratching his head.

The province demanded its independence from Serbia, and I, for one, supported that with all my heart. This is a separate people, with a different culture (Albanian) and its own religion (Islam).

After the popular Serbian leader, Slobodan Milosevic, tried to drive them out of their country, the world rose and provided moral and material support for their struggle for independence.

The Albanian Kosovars make up 90% of the citizens of the new state, which has a population of two million. The other 10% are Serbs, who want no part of the new Kosova. They want the areas they live in to be annexed to Serbia. According to Kant’s maxim, are they entitled to this?

I would propose a pragmatic moral principle: Every population that inhabits a defined territory and has a clear national character is entitled to independence. A state that wants to keep such a population must see to it that they feel comfortable, that they receive their full rights, enjoy equality and have an autonomy that satisfies their aspirations. In short: that they have no reason to desire separation.

That applies to the French in Canada, the Scots in Britain, the Kurds in Turkey and elsewhere, the various ethnic groups in Africa, the indigenous peoples in Latin America, the Tamils in Sri Lanka and many others. Each has a right to choose between full equality, autonomy and independence. 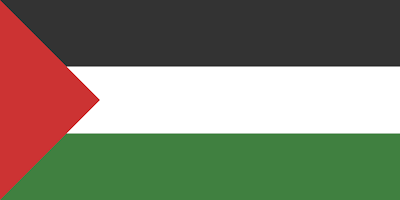 This leads us, of course, to the Palestinian issue.

In the competition for the sympathy of the world media, the Palestinians are unlucky. According to all the objective standards, they have a right to full independence, exactly like the Tibetans. They inhabit a defined territory, they are a specific nation, a clear border exists between them and Israel. One must really have a crooked mind to deny these facts.

But the Palestinians are suffering from several cruel strokes of fate: The people that oppress them claim for themselves the crown of ultimate victimhood. The whole world sympathizes with the Israelis because the Jews were the victims of the most horrific crime of the Western world.

That creates a strange situation: the oppressor is more popular than the victim. Anyone who supports the Palestinians is automatically suspected of anti-Semitism and Holocaust denial.

Also, the great majority of the Palestinians are Muslims (nobody pays attention to the Palestinian Christians). Since Islam arouses fear and abhorrence in the West, the Palestinian struggle has automatically become a part of that shapeless, sinister threat, “international terrorism”. And since the murders of Yasser Arafat and Sheik Ahmed Yassin, the Palestinians have no particularly impressive leader – neither in Fatah nor in Hamas.

Read all of it here.
CounterPunch / The Rag Blog

This entry was posted in RagBlog and tagged Middle East, Palestine, The World. Bookmark the permalink.