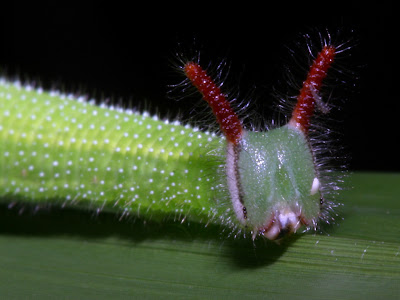 ‘…you will actually place a harmless insect in the box, such as a caterpillar.’
The Obvious Comparison

“You would like to place Zubaydah in a cramped confinement box with an insect. You have informed us that he appears to have a fear of insects. (…) As we understand it, you plan to inform Zubaydah that you are going to place a stinging insect into the box, but you will actually place a harmless insect in the box, such as a caterpillar. If you do so, to ensure you are outside the predicate death requirement, you must inform him that the insects will not have a sting that would produce death or severe pain. If, however, you were to place the insect in the box without informing him that you are doing so, you should not affirmatively lead him to believe that any insect is present which has a sting that could produce severe pain or suffering or even cause his death.” 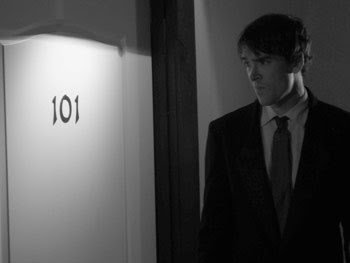 “‘You asked me once,’ said O’Brien, ‘what was in Room 101. I told you that you knew the answer already. Everyone knows it. The thing that is in Room 101 is the worst thing in the world.’

“The door opened again. A guard came in, carrying something made of wire, a box or basket of some kind. He set it down on the further table. Because of the position in which O’Brien was standing. Winston could not see what the thing was.

‘The worst thing in the world,’ said O’Brien, ‘varies from individual to individual. It may be burial alive, or death by fire, or by drowning, or by impalement, or fifty other deaths. There are cases where it is some quite trivial thing, not even fatal.’

He had moved a little to one side, so that Winston had a better view of the thing on the table. It was an oblong wire cage with a handle on top for carrying it by. Fixed to the front of it was something that looked like a fencing mask, with the concave side outwards. Although it was three or four metres away from him, he could see that the cage was divided lengthways into two compartments, and that there was some kind of creature in each. They were rats.

‘In your case,’ said O’Brien, ‘the worst thing in the world happens to be rats.'”