Nothing Fair About the Trade Deals Made with Chequebooks and Lawyers 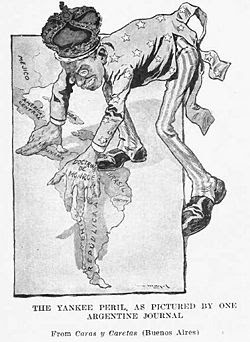 In his book Late Victorian Holocausts, Mike Davis tells the story of the famines that sucked the guts out of India in the 1870s. The hunger began when a drought, caused by El Niño, killed the crops on the Deccan plateau. As starvation bit, the viceroy, Lord Lytton, oversaw the export to England of a record 6.4m hundredweight of wheat. While Lytton lived in imperial splendour and commissioned, among other extravagances, “the most colossal and expensive meal in world history”, between 12 million and 29 million people died. Only Stalin manufactured a comparable hunger.

Now a new Lord Lytton is seeking to engineer another brutal food grab. As Tony Blair’s favoured courtier, Peter Mandelson often created the impression that he would do anything to please his master. Today he is the European trade commissioner. From his sumptuous offices in Brussels and Strasbourg, he hopes to impose a treaty that will permit Europe to snatch food from the mouths of some of the world’s poorest people.

Seventy per cent of the protein eaten by the people of Senegal comes from fish. Traditionally cheaper than other animal products, it sustains a population that ranks close to the bottom of the human development index. One in six of the working population is employed in the fishing industry; about two-thirds of these workers are women. Over the past three decades, their means of subsistence has started to collapse as other nations have plundered Senegal’s stocks.

The EU has two big fish problems. One is that, partly as a result of its failure to manage them properly, its own fisheries can no longer meet European demand. The other is that its governments won’t confront their fishing lobbies and decommission all the surplus boats. The EU has tried to solve both problems by sending its fishermen to west Africa. Since 1979 it has struck agreements with the government of Senegal, granting our fleets access to its waters. As a result, Senegal’s marine ecosystem has started to go the same way as ours. Between 1994 and 2005, the weight of fish taken from the country’s waters fell from 95,000 tonnes to 45,000 tonnes. Muscled out by European trawlers, the indigenous fishery is crumpling: the number of boats run by local people has fallen by 48% since 1997.

In a recent report on this pillage, ActionAid shows that fishing families that once ate three times a day are now eating only once or twice. As the price of fish rises, their customers also go hungry. The same thing has happened in all the west African countries with which the EU has maintained fisheries agreements. In return for wretched amounts of foreign exchange, their primary source of protein has been looted.

The government of Senegal knows this, and in 2006 it refused to renew its fishing agreement with the EU. But European fishermen – mostly from Spain and France – have found ways round the ban. They have been registering their boats as Senegalese, buying up quotas from local fishermen and transferring catches at sea from local boats. These practices mean that they can continue to take the country’s fish, and have no obligation to land them in Senegal. Their profits are kept on ice until the catch arrives in Europe.

Mandelson’s office is trying to negotiate economic partnership agreements with African countries. They were supposed to have been concluded by the end of last year, but many countries, including Senegal, have refused to sign. The agreements insist that European companies have the right both to establish themselves freely on African soil, and to receive national treatment. This means that the host country is not allowed to discriminate between its own businesses and European companies. Senegal would be forbidden to ensure that its fish are used to sustain its own industry and to feed its own people. The dodges used by European trawlers would be legalised.

The UN’s Economic Commission for Africa has described the EU’s negotiations as “not sufficiently inclusive”. They suffer from a “lack of transparency” and from the African countries’ lack of capacity to handle the legal complexities. ActionAid shows that Mandelson’s office has ignored these problems, raised the pressure on reluctant countries and “moved ahead in the negotiations at a pace much faster than the [African nations] could handle”. If these agreements are forced on west Africa, Lord Mandelson will be responsible for another imperial famine.

This is one instance of the food colonialism that is again coming to govern the relations between rich and poor counties. As global food supplies tighten, rich consumers are pushed into competition with the hungry. Last week the environmental group WWF published a report on the UK’s indirect consumption of water, purchased in the form of food. We buy much of our rice and cotton, for example, from the Indus valley, which contains most of Pakistan’s best farmland. To meet the demand for exports, the valley’s aquifers are being pumped out faster than they can be recharged. At the same time, rain and snow in the Himalayan headwaters have decreased, probably as a result of climate change. In some places, salt and other crop poisons are being drawn through the diminishing water table, knocking out farmland for good. The crops we buy are, for the most part, freely traded, but the unaccounted costs all accrue to Pakistan.

Now we learn that Middle Eastern countries, led by Saudi Arabia, are securing their future food supplies by trying to buy land in poorer nations. The Financial Times reports that Saudi Arabia wants to set up a series of farms abroad, each of which could exceed 100,000 hectares. Their produce would not be traded: it would be shipped directly to the owners. The FT, which usually agitates for the sale of everything, frets over “the nightmare scenario of crops being transported out of fortified farms as hungry locals look on”. Through “secretive bilateral agreements”, the paper reports, “the investors hope to be able to bypass any potential trade restriction that the host country might impose during a crisis”.

Both Ethiopia and Sudan have offered the oil states hundreds of thousands of hectares. This is easy for the corrupt governments of these countries: in Ethiopia the state claims to own most of the land; in Sudan an envelope passed across the right desk magically transforms other people’s property into foreign exchange. But 5.6 million Sudanese and 10 million Ethiopians are currently in need of food aid. The deals their governments propose can only exacerbate such famines.

None of this is to suggest that the poor nations should not sell food to the rich. To escape from famine, countries must enhance their purchasing power. This often means selling farm products, and increasing their value by processing them locally. But there is nothing fair about the deals I have described. Where once they used gunboats and sepoys, the rich nations now use chequebooks and lawyers to seize food from the hungry. The scramble for resources has begun, but – in the short term, at any rate – we will hardly notice. The rich world’s governments will protect themselves from the political cost of shortages, even if it means that other people must starve.

This entry was posted in RagBlog and tagged Free Trade, Global Economy, Globalization. Bookmark the permalink.