Our Economic Trainwreck : Retooling the Engine 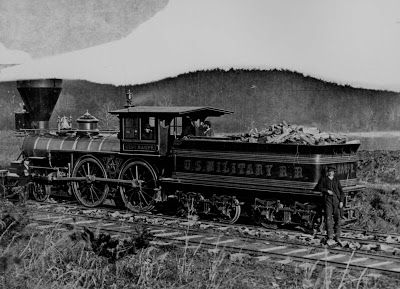 The Wrecked Economy: What Could Be Tried?
By Sherman DeBrosse / The Rag Blog / December 18, 2008

[This is the final installment in a three-part series on the economy by The Rag Blog’s Sherman DeBrosse.]

A new approach to the financial crisis might be built on the idea of being more careful with what is done for the financial sector and focusing upon resolving the mortgage crisis, which affects millions of Americans. If the mortgage crisis were to be remedied, it could have the effect of shoring up banks and financial institutions by giving mortgage based securities greater value. Americans can learn from the Japanese who spent nearly a decade bailing out financial institutions without addressing every day problems. Their economy is still stagnant.

We would be much better off going after the mortgage problem and remembering, in building the Obama stimulus plan, that FDR’s PWA and WPA approach did some good, but it invested far too little. Will half a billion, invested months late, do the trick? Its very doubtful. Ignore the conservative pundits who are writing that the Roosevelt approach will not work and that some sort of new supply side scheme, benefitting the top of the economy, will do the trick. Economists are now suggesting that if the recession ends sometime in 2009 that employment will continue to decline for some time — a somewhat odd and troubling situation. The stimulus package must be big enough to do the job.

The stimulus package that Obama is fashioning must address improving energy policy and repairing the nation’s failing infrastructure. It should also look to improving and modernizing the nation’s industrial facilities. Coupled with that must be a national health care plan that makes it possible to remove health care costs from industrial labor costs. If a new health care scheme can be put in place early on, it will be much easier to resuscitate industry.

Shella Blair, head of the FDIC, offered a $24 billion plan to help homeowners go through the refinancing process and to partially guarantee their loans. The plan has received very little support on Capitol Hill. Some version of her plan should be tried. It could involve much longer payment periods and lower interest, but without trimming mortgage size unless banks share the write offs. It should be combined with subsidized 4.5% mortgages on new construction. That should begin to slow the deterioration of housing values.

A second step is probably necessary to stop the slide in values and create some jobs; it might be necessary to allow all mortgage holders to refinance their homes at 4.8%. In the long run, the federal government would not only recover its investment. Government can now borrow money at a little over 2%, so this should be profitable from the beginning. We would be looking at a huge amount to subsidize those mortgages, but it would all be invested in people rather than being poured down holes dug by speculators.

A three month moratorium on all foreclosures of any kind would give the new policies time to take hold. The Obama administration should be prepared for the possibility that there also may be a need for some sort of short term bank holiday to identify broken banks and place them under conservators. Provision would be made for every-day checking and ATM transactions to go on with some restrictions.

The S & L and banking crises of the late 1980s grew out of deregulation. We know how Charles Keating defrauded his investors, but in 2008 it was considered bad taste to point out that John McCain did his bidding for a time. There is still much we do not know about those banking crises. In 1997, Brooksley Born, chair of the Commodity Futures Commission, was driven out of government because he tried to reign in excessive speculation. In 1999, Congress repealed many safeguards affecting banks with the Gramm-Leach-Bliley Act. Then it passed in 2000 the Commodity Futures Modernization Act, which hade it very difficult to regulate swaps and other derivatives.

It is imperative that the new Congress examine how deregulation contributed to the earlier banking crisis and the current financial melt-down. The deregulation of financial markets was a key element in Republican economics, and we are now facing the grim consequences. The assumption was that freed of regulations the markets would endlessly generate wealth. As Alan Greenspan said, it was unthinkable that the heads of banks and investment firms would do anything to place their shareholders in danger. With time, a minority of Democrats joined the Republicans in embracing what was called “market fundamentalism.” One was Bill Clinton, who signed both of the destructive acts. However, Clinton did resist successful efforts to sharply reduce the powers of the Securities and Exchange Commission. His veto was overridden with the help of John McCain.

We would not be in this fix had Americans looked carefully into the S&L and commercial debacles or the severe problems that accompanied the collapse of Enron and some others. They grew out of excessive deregulation, dishonest accounting, and lack enforcement. An honest and thorough discussion would have laid the blame at the door of Republican market fundamentalism. Some of the New Democrats bought much of this and would come in for some blame, as well. But a full investigation and discussion could have help avert all this pain.

It is time now for Congress to study how deregulation brought us to these dire times. It may well be that in specific instances some deregulation was necessary. This is not a call for restoring all New Deal era regulation. Given how quickly traders, working under recently loosened rules create toxic securities, some speed is needed. Several members of President-elect Obama’s economic team are too closely tied to the old and failed policies of deregulation. This writer would be more comfortable if the new Congress and new administration brought in Joseph Stiglitz or some of his protégés to identify the deregulatory mistakes that first must be fixed.

There is a deep systemic problem in the financial system that must be addressed by careful reregulation and judicious use of public funds. There is probably not enough public borrowing capacity to cover all the problems. Washington has lent much money on the premise that some financial institutions are too big to let fail. AIG has received over $150 billion because it played the role of insuring transactions. Because the rating agencies did not play their role, AIG was stuck with a plethora of bad insurance contracts.

One lesson from these bailouts is that government should carve up into smaller pieces the firms and banks it bails out, and it should avoid creating, through loans, institutions that are too large to fail.

Another lesson is that the few bond rating firms we have cannot be trusted. Their financial well-being is too closely tied to the short-term profits generated by the firms they rate. We must either create an agency that carefully monitors the rating firms, or the government must take over the firms, and then make sure the executive branch cannot force them to pull in their horns. There should have been a mechanism for puncturing the high tech and mortgage bubbles. The Fed blinked on both occasions, assuming the economy is rational and its actors would not make irrational decisions. Maybe reconstituted rating firms can wield mighty needles.

Why Lehman Brothers was allowed to go under and Goldman Sachs and Morgan Stanley were rescued is not clear to this writer. There will be other cases when government must bail out financial institutions. The Bear Stearns bailout might be a model. It was saved because it performed vital functions in international markets. Stockholders lost almost all their equity and chairman James Cayne lost about a billion dollars. Across the board, people who bought bonds or preferred stock will loose huge amounts. Tax law should be revised to permit them to use their losses over a two or three year period. It is likely that these investors would reward Democrats for compassion, but these folks might invest in bonds and preferred stocks again.

It is doubtful that buying bad derivatives will do anything in the long run for the economy. They should not be purchased by government unless it is absolutely necessary to some systematic repair of the financial system.

Something must be done to dampen tendencies toward a Financial Wild West atmosphere, which results in so much long term harm. Congress might consider excess profits taxes in the financial and energy industries.

This recession makes it clear that the time has come to work out a national industrial policy. For too long Americans have maintained the fiction that to do anything along these lines is “socialistic.” The fact is we have long had an ad-hoc policy written into tax policies and corporate welfare. Lacking serious discussion of this matter, we have come to socialism for Wall Street and a wholesale neglect of blue collar workers. There can be no industrial policy without a healthy American-owned auto industry. Like it or not; that is the heart of American industry. Without this, we will even be unable to build here the weapons of war we so love.

The domestic auto industry has made many mistakes, partly because of customer tastes. It has also suffered due to short-sighted, dysfunctional trade deals, and wrong-headed energy policies. At the least, Americans should be willing to invest an equivalent to what the Europeans have invested in their auto industry. To do otherwise, is to do permanent damage to the economies of the Great Lakes states. Much of the resistance to assisting the auto industry is rooted in animosity toward organized labor and the belief that American workers should only come hat in hand when discussing wages and benefits. This is the kind of class consciousness and class prejudice that Americans do not discuss anymore.

Please see the previous installments in this series by The Rag Blog’s Sherman DeBross:

Sherman DeBrosse : Our Economic Trainwreck , and

Our Economic Trainwreck : Trying to Get Back on Track .

1 Response to Our Economic Trainwreck : Retooling the Engine