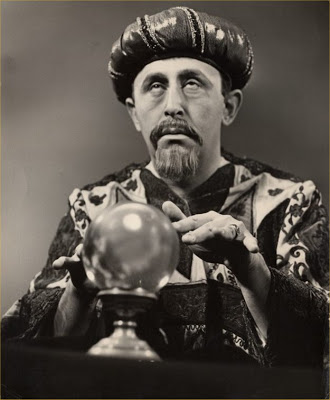 Ron Paul will unite with Ru Paul and they’ll perform on Dancing With the Stars.

Politics: The electoral college will be replaced by a system where voters will choose the polling firm they trust the most. Barack Obama will be reelected because his vice-presidential running mate Joe Biden will be replaced by Hillary Clinton, thereby gaining the women’s vote. Failed Republican campaigners will all take other jobs. Mitt Romney will start smoking a pipe and portray the character Bob Dobbs in a movie about the cultish Church of the Subgenius. Newt Gingrich and Herman Cain will launch the bipartisan Adultery Party in 2016, joined by Democrats John Edwards and Bill Clinton. 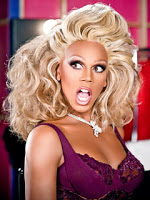 Ron Paul will unite with Ru Paul and they’ll perform on Dancing With the Stars. Rick Santorum will be caught in an airport bathroom stall enjoying a gay encounter. Michelle Bachmann will launch a lie-detector company. Rick Perry will copyright the word “Oops.” And it will be revealed that Donald Trump was actually born on Mars; he will have a birth certificate to prove it, along with a photo of him as a typical Martian baby with a comb-over.

Show Business: Vegetarian converts will include Lady Gaga, who will wear a dress made entirely of heirloom tomatoes, and Meatloaf will change his name to Tofuloaf. Kermit the Frog and Miss Piggy will win Academy Awards for best male and female actors. Angelina Jolie will legally adopt Brad Pitt. Kim Kardashian will get married and divorced on the same day. The Tea Party will become a popular sitcom.

Capital-punishment executions will become a top-rated reality-TV series. The Second Coming of Jesus Christ will occur live on a three-hour special to be telecast on every single channel simultaneously, with an offstage voiceover narration by God. Atheists and agnostics will picket the production, only to be struck by lightning. Howard Stern will expose himself on America’s Got Talent. The Taliban and al-Quaeda will be the final competitors on The Biggest Terrorists. Hulu and Netflix will merge as Huflix.

Fashion Trends: Square Hitler-style mustaches will finally become stylish after decades of ridicule. Botox will become a soft drink that will get rid of unwanted wrinkles from the inside. Pornography will be allowed in public libraries, but moaning out loud will definitely not be permitted. Fetus transplants from poor pregnant girls to wealthy anti-abortion women will become a controversial new fad.

Arizona, Mississippi, and Tennessee will refuse to recognize Leap Year. Lottery winners will be fingerprinted. Private prisons will be turned into ashrams. Inspired by Steve Jobs, many industries will continue his legacy by transforming planned obsolescence into a virtue. Prescription drugs will become children’s names, such as Ambien and Lipitor. Travel agents will begin arranging guilt trips for clients who have given up on airplanes. 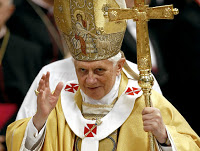 Combination vibrators and insomnia cures will be invented, trademarked as Dildoze. Pope Benedict XVI will permit condoms to be marketed if there are tiny pinhole pricks in the reservoir tips in order to ensure a fighting chance for spermatozoa to get through. Serial pedophiles, gay bashers, and Internet hackers will form unions.

The Economy: The Department of Energy will release a report concluding that so-called “clean coal” is, in point of fact, “filthy dirty.” The Bank of America will stop doing business with Verizon and switch to Credo. The largest protest in history will take place by ongoing Occupy-the-Federal-Reserve-System demonstrations.

International Relations: North Korea’s new Beloved Leader will be caught cheating on his SAT examination, but he will redeem himself when he
allows almost 70 McDonalds restaurants to open all over his dictatorial realm; however, in keeping with his father’s policies, he won’t allow them to sell any food. Saudi-Arabia will outlaw laughter. Iraq will become our 51st state. Afghanistan will require all men to wear burkas. Iran will develop a nuclear bomb, than drop it by accident on Libya and Syria. 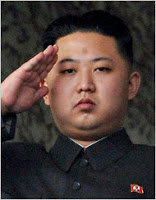 World War III will be fought entirely by drone planes attempting to destroy each other in the air. Products made in China will be increasingly pirated by American entrepreneurs. Global warming will continue to melt icebergs as well as Sarah Palin’s cold heart. The world will end on December 21st, but will begin all over again on December 23rd, just in time for last-minute Christmas shopping. The most popular gift will be cans of pepper-spray in a variety of flavors. Pakistan will continue to be bribed by us. And the Nobel Peace Prize will be secretly awarded to Anonymous.

This entry was posted in Rag Bloggers and tagged 2012, Humor, Paul Krassner, Satire. Bookmark the permalink.

2 Responses to Paul Krassner : Predictions for 2012