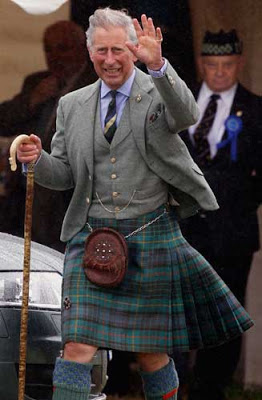 In a provocative address to an Indian audience, the Prince echoes Gandhi with a stinging attack on ‘commerce without morality’.

It is less than two months since Prince Charles was on the receiving end of a fusillade of scientific, political and commentariat criticism for voicing, yet again, his concerns about GM crops and foods. He was widely accused of “ignorance” and “Luddism”; of being too rich to care about the hungry, and even of trying to increase sales of his own organic produce. It was put about that Gordon Brown was angered by his intervention.

Yet the Prince has responded by stepping up his campaign, making his most anti-GM speech yet, in delivering – by video – the Sir Albert Howard Memorial Lecture to the Indian pressure group Navdanya last Thursday. And he made it clear that he was going to continue. “The reason I keep sticking my 60-year-old head above an increasingly dangerous parapet is not because it is good for my health,” he said ” but precisely because I believe fundamentally that unless we work with nature, we will fail to restore the equilibrium we need in order to survive on this planet.”

True to his word, he plunged straight into the most controversial and emotive of all the debates over GM crops and foods by highlighting the suicides of small farmers. Tens of thousands killed themselves in India after getting into debt. The suicides were occurring long before GM crops were introduced, but campaigners say that the technology has made things worse because the seeds are more expensive and have not increased yields to match.

The biotech industry strongly denies this, but two official reports have suggested that there “could” be a possible link.

Prince Charles expressed no doubts in his lecture, delivered at the invitation of Dr Vandana Shiva, the founder of Navdanya, and one of the leading proponents of the technology’s role in the deaths. He spoke of “the truly appalling and tragic rate of small farmer suicides in India, stemming in part from the failure of many GM crop varieties”.

Much of the controversy surrounds claims of failures by a Monsanto GM cotton called Bollguard. The GM company says that “farmers in India have found success” with it, and cites a survey in support. Its opponents produce evidence of their own to show the opposite.

But Prince Charles did not stop there. Broadening his offensive, he said that “any GM crop will inevitably contaminate neighbouring fields”, making it impossible to maintain the integrity of organic and conventional crops. For the first time in history this would lead to “one man’s system of farming effectively destroying the choice of another man’s” and “turn the whole issue into a global moral question.” He quoted Mahatma Gandhi who condemned “commerce without morality” and “science without humanity”. He added: “One must surely ask the question whether – if only from a precautionary point of view – it might be wise to keep some areas of the world free from GM-based agriculture.”

The Prince attacked the contention that “GM food is now essential to feed the world”, saying that the evidence showed that modified crops’ yields were “generally lower than their conventional counterparts”. He called them “a wrong turning on the route to feeding the world in a sustainable or durable manner” and “a risky and expensive distraction, diverting attention and resources away from those real, long-term solutions such as crop varieties which respond well to low input systems that, in turn, do not rely on fossil fuels.” There was substantial evidence “to show that a growing world population can be fed most successfully in the long term by agricultural systems that manage the land within environmental limits”.

Recent research had shown, he added, that organic farming techniques had increased yields in Brazil by 250 per cent and in Ethiopia were up fivefold, while the world’s biggest international agricultural study – headed by Professor Bob Watson, now chief scientist at Department for Food, Environment and Rural Affairs – had backed organic farming, rather than GM to tackle word hunger.

Kirtana Chandrasekaran of Friends of the Earth said: “Prince Charles is right that GM crops and industrial farming are profiting big businesses, not feeding the world’s poorest.”

This entry was posted in RagBlog and tagged Agriculture, Environment. Bookmark the permalink.