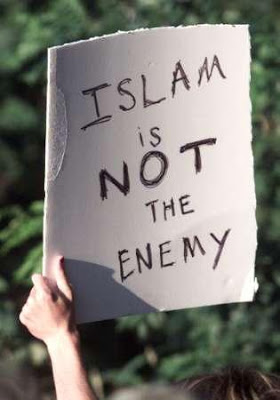 An Injury to Eid is an Injury to All
By Stuart Appelbaum / December 9, 2008

‘The only way working people ever win is if we stand together. It doesn’t matter whether it’s race or religion: United we stand, divided we fall.’

Philosopher Martha Nussbaum wrote in The New Republic in September that “religious difference drives otherwise sane people crazy.” In the wake of 9/11, few would disagree. However, Nussbaum wasn’t talking only about Muslim extremists. She was also describing the Puritan fanaticism of 17th century Massachusetts.

As Americans, we take pride that our country has been the world’s lodestar for religious pluralism. But our tolerance doesn’t mean we have purged ourselves of religious hatred. Anyone in doubt ought to talk to members of the Retail, Wholesale and Department Store Union, who work at the Tyson poultry plant in Shelbyville, Tenn.

The Tyson plant relies on a workforce that includes many immigrants. In Shelbyville, 400 of its 1,200 employees are from Somalia — one of only two countries whose population is entirely Muslim.

Like other Muslim workers, the Somalis at Tyson faced obstacles to honoring their faith. For example, most Muslims celebrate Eid Al-Fitr — the religious holiday that marks the end of Ramadan, the Islamic holy month of fasting. To those at the plant who observe Eid, the holiday is as important to them as Christmas is to Christian co-workers. However, Tyson didn’t recognize Eid as a paid holiday. That’s why when talks for a new contract began, the workers’ eight-member negotiating committee — all but two of whom were Christian — proposed making Eid a paid holiday.

Though no U.S. union had ever made these issues a bargaining priority, Tyson’s response was positive and constructive. The outcome was an agreement guaranteeing that, in exchange for Labor Day, Eid would be a paid holiday. The union’s bargaining committee endorsed the compromise and 90 percent of the union’s members voted in favor of it.

“It allows me to work on the second shift and still pray when I need to,” said Abdillahi Jama, who came to the United States as a refugee four years ago. “It’s very important to us. Eid is one of our most sacred holidays.”

For Jama’s non-Muslim co-workers, trading Labor Day for the Eid wasn’t a significant loss. Many of them pointed out that it had been 23 years since Tyson closed the plant for Labor Day and that workers welcomed the chance to put aside their holiday to work that day for premium wages.

“I know how I’d feel if someone said I couldn’t go to church,” said Waymon Walker, a 20-year Tyson employee. “It doesn’t matter what someone’s religion is. Being in a union means looking after each other. That’s all this contract does.”

Sadly, others disagreed. After learning of the agreement on Fox News, some right-wing websites referred to Shelbyville as a new battlefield in a clash of civilizations. One blogger wrote: “The problem is that the accommodation of Islamic holidays and practices abets, however unwittingly, an avowedly supremacist agenda that is directed toward supplanting American laws and mores and imposing Islamic law here.”

Within two days, more than 1,000 e-mails flooded our union’s website. Each had the same message: that the union, and me in particular, were promoting the interests of radical Islam. (Apparently, the fact that I’m also the national president of the Jewish Labor Committee didn’t dissuade them.)

Tyson also faced scorn, including calls for a consumer boycott. It approached the union and proposed bringing back Labor Day in place of Eid, but Shelbyville’s workers didn’t give in. They countered that both Labor Day and the Eid should be holidays. Tyson agreed.

Calvin Ewing, a Tyson employee for 27 years, summed up the workers’ attitude best. “The only way working people ever win is if we stand together. It doesn’t matter whether it’s race or religion, it’s always the same for working people: United we stand, divided we fall.”

Union members like Ewing have something to teach America about what it will take to overcome bigotry. They remind us that by bringing workers together, unions help break down the isolation that fosters ignorance and prejudice. They also teach us that by demonstrating the practical value of tolerance, unions can do more to bridge cultural divides than simple appeals to our better nature.

Union members aren’t fundamentally better than other Americans. They just have the advantage of being part of an institution that stands up for fundamentally good values.

At the end of the day, the labor movement may be one of the best hopes America has of overcoming the religious differences that drive otherwise sane people crazy.

This entry was posted in RagBlog and tagged American Society, Labor Unions, Racism. Bookmark the permalink.