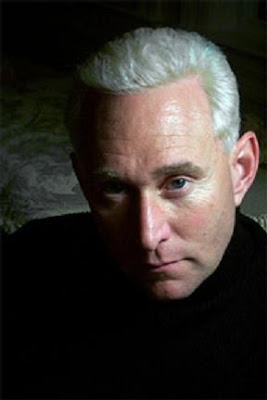 In the 1970s, he was on the payroll of Richard Nixon’s now-infamous Committee to Reelect the President. In the 1980s, he helped George Bush Sr. trounce Michael Dukakis by floating a racially charged ad about the Democratic governor’s role in furloughing a black inmate. And in 2000, he organized the so-called “Brooks Brothers” riot, forcing the shutdown of a recount in Miami-Dade County, Florida, that may have turned the election to George W. Bush.

Last November, his lawyer wrote a letter to the FBI. In it, GOP political operative Roger Stone’s attorney, Paul Rolf alleged that New York Governor Eliot Spitzer “used the services of high-priced call girls” while in Florida, basing his information on a “social contact.”

The letter, dated Nov. 19, said Stone gleaned the information from “a social contact in an adult themed club.”

“The governor has paid literally tens of thousands of dollars for these services,” Rolf wrote. “It is Mr. Stone’s understanding that the governor paid not with credit cards or cash but through some pre-arranged transfer.”

It continued, including particular detail — Stone’s lawyer wrote that the governor hadn’t taken off his calf-length socks “during the sex act.”

The New York Times reported that law enforcement officials “stumbled upon” the prostitution ring after they’d begun an investigation of Spitzer for potential corruption, after a bank flagged “suspicious transfers.”

The missive’s timing — in November — was preceded by contact from the FBI. The Miami Herald, which first reported on Stone’s lawyer’s letter, said the letter was written in response to contact from federal investigators.

“His lawyer wrote the letter containing the call-girl allegations after FBI agents had asked to speak to Stone, though he says the FBI did not specify why he was contacted,” Herald reporter Amy Driscoll wrote Friday.

Subsequent reports shed little light on why the FBI sought to speak to Stone before the letter was sent. The Times speculated that the bureau might have wanted to talk to Stone about a threatening message he allegedly left for Spitzer’s father, which resulted in his being fired by New York’s top Senate Republican.

Stone chose his words carefully when speaking to the Times: “He said that he was never interviewed by federal officials and that he was not sure his lawyers were contacted because of the reported call to Bernard Spitzer.”

He did say, however, “in a series of e-mail messages on Sunday,” that “his lawyers were contacted by federal investigators three weeks after the allegations about the call surfaced.”
The FBI has declined to comment, either on whether they received Rolf’s letter or if they contacted Stone directly.

Conservative columnist Robert Novak hinted at a possible Stone role in a column earlier this month.

“Eliot Spitzer will not serve out his term as governor of the state of New York,” Stone said Dec. 6 on Michael Smerconish’s radio talk show,” Novak added. “He gave no details.”

Harvard professor Alan Dershowitz, in the Wall Street Journal, avers that the Times’ explanation of Spitzer’s ‘capture’ after a bank flagged his transactions doesn’t entirely ring true to career prosecutors.

“There is no hard evidence that Eliot Spitzer was targeted for investigation, but the story of how he was caught does not ring entirely true to many experienced former prosecutors and current criminal lawyers,” Dershowitz wrote. “The New York Times reported that the revelations began with a routine tax inquiry by revenue agents ‘conducting a routine examination of suspicious financial transactions reported to them by banks.’ This investigation allegedly found ‘several unusual movements of cash involving the Governor of New York.’ But the movement of the amounts of cash required to pay prostitutes, even high-priced prostitutes over a long period of time, does not commonly generate a full-scale investigation.”

“We are talking about thousands, not millions, of dollars. We are also talking about a man who is a multimillionaire with numerous investments and purchases,” he added. “The idea that federal investigators would focus on a few transactions to corporations — that were not themselves under investigation — raises as many questions as answers.”

In a nod to his beginnings, Stone has a tattoo of Richard Nixon on the back of his neck.Raw Story / The Rag Blog / March 24, 2008

This entry was posted in RagBlog and tagged Corruption, Sexuality. Bookmark the permalink.