He was always fiercely independent and intelligent. 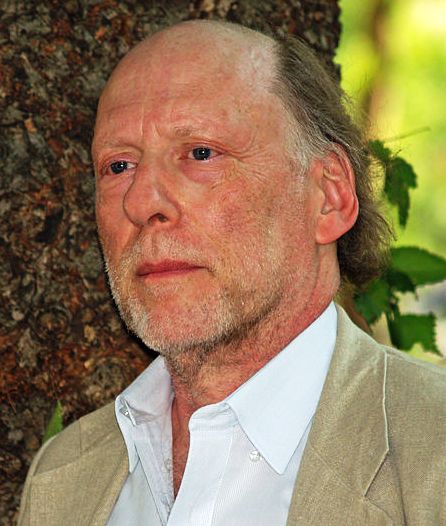 There are undoubtedly those in The Rag Blog community who knew Todd Gitlin far more intimately than I. My direct dealings with him were limited to a small number of occasions. The first involved his response to a query of mine regarding the radical journalist I.F. Stone, about whom I was working on a dissertation. To my delight, Gitlin was one of several luminaries who quickly fired off a lengthy letter to me, then a grad student, in that seemingly long-ago time before emails. He indicated that Izzy, whom he knew, had agreed to deliver a talk on Vietnam to the SDS National Council convening in December 1964. Stone’s address, as Gitlin remembered, proved “eloquent and stirring.” It “therefore, probably played a part in helping generate the enthusiasm for” a scheduled antiwar gathering in Washington, D.C., the next spring, which proved catalytic for the Movement.

Gitlin also recalled being one of several in the early SDS leadership who “devotedly read” I.F. Stone’s Weekly. To Gitlin, Izzy “was always an exemplar of intellectual and political integrity, one of the few of his generation we felt had not been fatally compromised by either Stalinism or inflexible anti-Communism.” Gitlin pointed as well to the great peace advocate A.J. Muste and the pacifist David Dellinger as “the only others of [Izzy’s] generation who played similar parts — respectful, admirable, and critical at the same time.” Others often mention the venerable Norman Thomas, the longtime leader of the Socialist Party of America, as an admirable veteran of the Old Left; Gitlin likely would have too had Thomas come to mind.

Gitlin eloquently spoke before a sizable, enthusiastic crowd about
his days in the Movement.

A few years later, Gitlin, after an exchange of correspondence and phone calls, accepted my invitation to come to the campus where I was teaching, California State University, Chico, in Northern California, to serve as a Distinguished Visiting Professor for a brief stint. Following my too abbreviated introduction, Gitlin eloquently spoke before a sizable, enthusiastic crowd about his days in the Movement, including his tenure as SDS president and fostering of the New Left organization’s ERAP (Economic Research and Action Project) venture. He talked about the state of the American left as of the end of 1980s, following the Reagan presidency.

While in Chico, Gitlin visited my house, which was then considerably smaller, prior to a pair of remodels, and, in the hallway, came across a bookshelf overloaded with volumes about the 1960s. He looked surprised, even perplexed at the numbers of works I had that were devoted to that era; his reaction, in turn, surprised and perplexed me. When I reminded him of my earlier request for information about I.F. Stone, he acted relieved that he had followed through in thoughtfully responding to me as he had.

I admired Gitlin’s activist history and tracked his return to academia, which led, in my estimation, to his two finest works: The Sixties: Years of Hope, Days of Rage and The Whole World Is Watching: Mass Media in the Making and Unmaking of the New Left. Like the man from the Old Left he so admired, Izzy Stone, Gitlin could be at different points kindly or irascible. He was always fiercely independent and intelligent, sometimes wise as when he wryly commented in 1995, “While the Right has been taking the White House, the Left has been marching on the English department.” He remained devoted to the left, to a democratic left determined to avoid sectarianism, dogmatism, and infantile pursuits. He is already missed, as a number of his friends have movingly acknowledged. He is also missed by those of us who barely knew him, did so only through his writings, or had encountered him all too briefly.

[Robert C. Cottrell, professor of history and American studies at Cal State Chico, is the author of All-American Rebels: The American Left from the Wobblies to Today and Sex, Drugs, and Rock ‘n’ Roll: The Rise of America’s 1960s counterculture.]