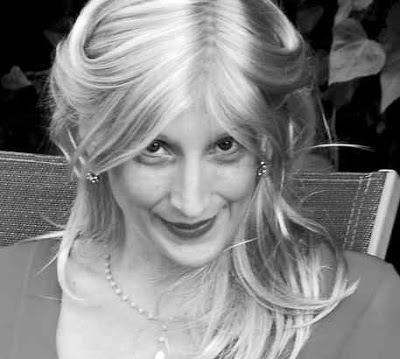 [A Vindication of Love: Reclaiming Romance for the Twenty-First Century. By Christina Nehring. HarperCollins. 336 pp. $24.99.]

Cristina Nehring’s title marks the problem with her attempt to vindicate love and reclaim romance: Love needs no vindication, and we shouldn’t be eager to reclaim the vision of romance she offers — dark and dramatic, tortured and tragic, always a heroic individual endeavor. If humans are to survive and thrive in the 21st century, we will need a very different vision of love from Nehring’s.

Many, myself included, would agree with Nehring’s central point: There is something shallow and unfulfilling about the readily available, commodified sex so common in contemporary U.S. society, and something equally empty about the passionless paint-by-numbers relationships in which so many find themselves trapped.

Perhaps the term patriarchy — the unequal share of power society accords to men and male concerns — may seem old-fashioned. It’s less commonly used than it once was to describe U.S. society, yet it remains useful: Men and male concerns still dominate the private and public spheres, and men’s violence enforces that domination in a rape culture. The very idea of domination can become “natural”: It can become accepted that society always will be hierarchical and that the best we can do is smooth off the rough edges and find our place.

Instead of eroticizing inequality, as Nehring suggests, there is no reason we can’t eroticize equality. Feminist movements have long argued for a cultural shift toward a sexuality based on an egalitarian spirit, which doesn’t rob us of passion but opens up new space for a different idea of passion.

Nehring regards feminism not as a social movement dedicated to the liberation that comes with the end of hierarchy and real equality, but rather as an impediment that mutes rather than enhances our emotional lives. She observes, correctly, that a woman’s reputation as a thinker can be tainted by “an erotically charged biography” in a way a man’s typically is not, but suggests that feminism, with its “antiromantic bias,” must share the blame along with patriarchy.

But let’s imagine a more radical feminism, one that rejects hierarchy and commits itself to real community — couldn’t that make possible a more meaningful kind of love? Nehring wants none of that political struggle; she insists on setting herself up as a heroic figure beyond politics who wants to lead us to a transcendental love and romance.

Although she draws most of her examples from literature, at the heart of Nehring’s book is a failure of imagination. After describing power discrepancies as having a “magnetic force,” as if they come from nature rather than human choices, she asserts that adult erotic relationships “thrive on inequalities of almost every ilk.” That is true enough in a patriarchal society, but such inequality is neither natural nor desirable. Nehring can’t seem to imagine life outside patriarchy’s hierarchy: “It is precisely equality that destroys our libidos, equality that bores men and women alike,” she writes. Trapped within such an ultimate victory of patriarchy, our imaginations atrophy and our choices narrow.

Nehring tries to package this capitulation as “transgression,” but it feels like empty macho posturing. “Real transgression takes guts,” she tells us, sounding like one of the guys in the locker room. This transgression transgresses nothing and, in fact, keeps us trapped. When the trap springs, the results are often brutal. Nehring offers us violent metaphors — “When we fall in love, we hand our partner a loaded gun” — but we should remember that the violence in relationships is often not metaphor but reality, with women most commonly the target.

On the book’s last page, Nehring reveals that she bears “the bodily scars of a loss or two in love,” including being “hospitalized by love.” No details are offered, and she is under no obligation to provide them. But throughout this book, Nehring’s own words contradict her thesis and hint that we should strive for something beyond her notion of love-as-heroic-quest. If such love is always tragic, maybe it’s time to reconstruct love and romance rooted in different values.

There’s a sadness at the core of this book that tells us much about the ultimate emptiness of romance as Nehring envisions it. What we need is a new conception of love: we need to rethink the community within which love happens. What would love-as-the-eroticizing-of-equality look like in a society that was defined not by hierarchy but by justice? We may not know that from experience, but we can try to imagine it.

[Robert Jensen is a journalism professor at the University of Texas at Austin and board member of the Third Coast Activist Resource Center. His latest book is All My Bones Shake: Seeking a Progressive Path to the Prophetic Voice (Soft Skull Press, 2009). This article was also posted at Philly.com. Robert Jensens articles on The Rag Blog are here.]

Find A Vindication of Love, by Chrintina Nehring on Amazon.com.