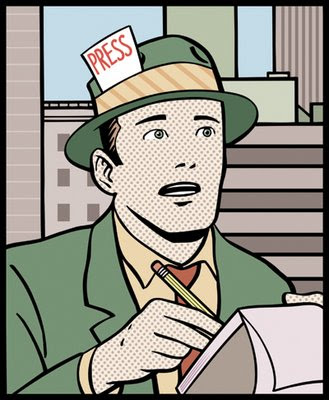 Can journalism schools be relevant in a world on the brink?

Journalism schools have much in common with the mainstream news media they traditionally serve. As the business model for conventional corporate journalism collapses and digital technologies reshape the media landscape, journalism schools struggle with parallel problems around curricula and personnel.

As I begin my third decade of teaching journalism, I hear more and more students doubting the relevance of journalism schools — for good reasons. The best of our students are worried not just about whether they can find a job after graduation but also whether those jobs will allow them to contribute to shaping a decent future for a world on the brink.

Can journalism and journalism education be relevant as it becomes increasing clear that the political, economic, and social systems that structure our world are failing us on all counts? Do these institutions have the capacity to see past the problems of falling ad revenues and outdated curricula, and struggle to understand the crises of our age? Can journalists and journalism educators find the courage to grapple with these challenges?

The question isn’t whether journalism and education are important in a democratic society but whether the institutions in which those two endeavors traditionally have been carried out can adapt — not only to the specific changes in that industry, but to that world in crisis.

My answer is a tentative “yes, but” — only if both enterprises jettison the illusions of neutrality that have hampered their ability to monitor the centers of power for citizens and model real critical thinking for students.

Journalism’s business problems provide an opportunity for journalism education to remake itself, which should start with a declaration of independence from the mainstream media and a renunciation of the corporate media’s allegiances to the existing power structure. Our only hope is in getting radical, going to the root of the problems.

Toward that end, I proposed a new mission statement to my faculty colleagues in the School of Journalism at the University of Texas at Austin. I argued that by stating bluntly the nature of the crises we face in today’s world and breaking with our longstanding subordination to the industry, we could offer an exciting alternative to students who don’t want to repeat the failures of our generation.

It quickly became clear that while some colleagues agreed with some aspects of the statement below, only a handful would endorse it as a mission statement. Some disagreed with my assessment of the crises we face, while others thought it politically ill-advised to criticize the industry and corporate power so directly. But nothing in that discussion dissuaded me from my conclusion that if journalism education is to be relevant in the coming decades, we must change course dramatically.

So, I offer this mission statement to a broader audience as one starting point for debate about the future of journalism schools, which must be connected to a discussion about the fundamental distribution of wealth and power in the larger world. Journalism alone can’t turn around a dying culture, of course, but it can be part of the process by which a more just and sustainable alternative emerges.

Journalism for Justice /
Storytelling for Sustainability:
News Media Education for a New Future

Schools of journalism must recognize that our work goes forward in a society facing multiple crises — political and cultural, economic and ecological. These crises are not the product of temporary downturns but evidence of a permanent decline if the existing systems and structures of power continue on their present trajectory.

These failing systems produce too little equality within the human family and too much devastation in the larger ecosystem. We face a world that is profoundly unjust in the distribution of wealth and power, and fundamentally unsustainable in our use of the ecological resources of the planet. The task of journalism is to deepen our understanding of these challenges and communicate that understanding to the public to foster the meaningful dialogue necessary for real democracy.

The best traditions of journalism are based in resistance to the illegitimate structures of authority at the heart of our problems. From Thomas Paine to Upton Sinclair, Ida B. Wells and Ida Tarbell, the most revered journalists have had the courage to take a stand for ordinary people and against arrogant concentrations of power. But today, commercial journalism is constrained by diversionary and deceptive claims to neutrality, leaving journalists trapped in a corporate-defined and -directed subservience to the status quo. Increasingly we live with a journalism that rarely speaks truth to power and routinely echoes the platitudes of the powerful. Even when journalists raise critical questions, too often it is within the parameters set by the wealthy and their political allies.

In a world in which an increasingly predatory global corporate economy leaves half the population living on less than $2.50 a day, can we ignore the call for justice? In a world in which all indicators of the health of the ecosystem that makes our lives possible are in dramatic decline, can we ignore the cry of the living world? Mass media have a moral responsibility to produce journalism for justice and storytelling for sustainability.

As the journalism industry faces a broken business model and struggles for solutions, there are great opportunities to reshape journalism to serve people and the planet, following the traditions of the spirited independent journalists of the past and present. The curriculum for this should not only offer training for a job but also inspire a collective search for the values and ideas that can animate a just and sustainable society. We invite you to join us in this exciting time for journalism. By remembering the inspirational lessons of our past and facing honestly the problems of the present, we help make possible a new future in which justice and sustainability define not just our dreams but our lives.

A note to critics: Some might argue that this mission statement threatens to “politicize the classroom.” This kind of complaint is based on the naïve notion that a curriculum in the humanities and social sciences can be magically constructed outside of, and unaffected by, the distribution of wealth and power in the larger society. The choices that go into all teaching — from the identification of relevant problems, to the selection of appropriate materials, to the analyses offered in lectures — are based on claims about the nature of a good life and a good society. The important questions are whether instructors are open with students about how those choices are made and can justify those choices on intellectual grounds. In other words, there is a politics to all teaching, but good teaching is more than the assertion of one’s politics.

When a department constructs a curriculum that supports the existing distribution of wealth and power, challenges rarely arise. Perhaps the most politicized departments on any college campus are in the business school, where the highly ideological assertions of corporate capitalism are rarely challenged and the curriculum is built on that ideology. In a healthy educational institution with real academic freedom, we should encourage a diversity of approaches to complex questions. This mission statement identifies problems and suggests we consider the systemic and structural roots of those problems without asserting simplistic solutions. Such an approach honors the best traditions in journalism and scholarship, offering a path for struggling with difficult questions rather than dictating simplistic answers.

1 Response to Robert Jensen : Teaching Journalism with a Mission