Paul Buhle and David Berger’s graphic history is a fascinating collection of personalities, their lives drawn in a manner equal to the stories they tell. 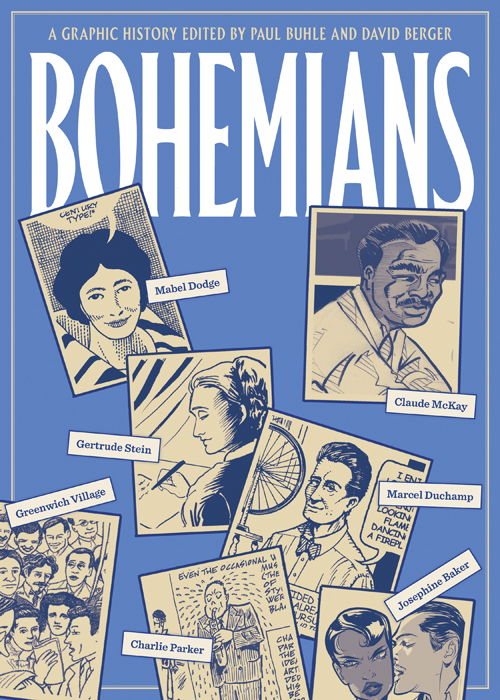 Bohemians: A Graphic History was edited by Paul Buhle and David Berger.

Bohemians: A Graphic History is an ideal medium for the history it presents. There is a growing understanding that comics are one of the few art forms considered purely American in origin. Arguably, the other four are the mystery novel, the banjo, jazz, and the musical comedy. I might throw bluegrass music into the mix, but the focus of this review is comics.

The collection of comics appearing in Bohemians is a broad reaching display of the varieties of the art form and the contributors include many new cartoonists along with some well-known artists who began drawing during the 1960s and 1970s underground comics renaissance. Though most is freestyle in form, the artwork in other stories is more linear in form, even using typeset for the word balloons.

The real story here though is the one the artists and their writers tell. While not nearly a complete history of bohemianism, this book is a delightful effort cataloging the phenomenon’s beginnings in Europe, its migration to North America, and its eventual integration of the U.S. African-American community. Indeed, it was often the latter group that provided the inspirations for latter day bohemians.

Although Bohemians is mostly the story of the bohemians of the art, music, and theatre worlds, there are also lively vignettes describing the intersections between the arts and politics. Once again, many of those overlaps occurred because of the opposition to Black Americans’ second rate status in the United States.

“Where Bohemia Began,” by Paul Buhle and  Summer McClinton.

Individual stories are told and summaries of historical epochs are also included between these covers. Among the former are biographies of Claude McKay, Victoria Woodhull, Walt Whitman, and Stretch Johnson. The historical periods presented to the reader are primarily artistic and literary in nature.

A particularly fascinating take on one such moment is Dan Steffan’s multipage history of modern art in New York. He tells the story of Dada’s interlude on the twentieth century stage and much more. Spain Rodriquez’s brief but classic collaboration with cartoonist Jay Kinney (Anarchy Comics) and writer Joel Schechter is an interesting look into the world of Modicut’s intellectual puppet shows and the Yiddish bohemians.

Naturally, sexual freedom and sexual preference, not to mention gender identity, were (and are) an important part of the bohemian life. Individuals like Oscar Wilde and Gertrude Stein flourished in part because of the acceptance of their homosexuality in bohemian circles. Unlike today, there was little acceptance of non-heterosexuality in society then. Indeed, homosexuality was criminally outlawed in most of the world, if not all. The brief biography of Gertrude Stein and Alice B. Toklas presented here provides no new details, but does tell the story in a refreshing and accessible manner. 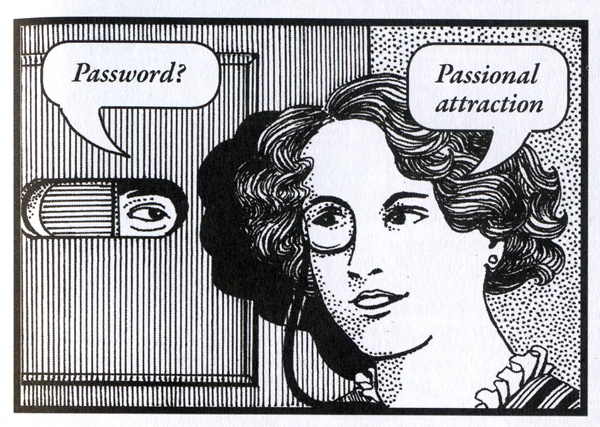 “The Free Love League” by David Berger and Lisa Lyons.

Perhaps the most interesting story in Bohemians is that of Josephine Baker. Like many jazz musicians of her time (including a few included in this history in a wonderful piece titled “Bebop”), Baker was a dancer whose life involved constantly dealing with individual and systemic racism. In addition, Baker is one of the few persons highlighted in this history who took a political stand, risking her life in the partisan struggle against the fascists of the Third Reich and the collaborationist Vichy regime.

Then, there is the tragically human story of one of the greatest folksingers to ever walk the highways, Woody Guthrie. His life story advances panel by panel, exquisitely drawn by artist and musician Jeffrey Lewis in a style that borrows from underground comix artist Gilbert Shelton (Fabulous Furry Freak Brothers) among others.

Long time cartoonist Sharon Rudahl’s simultaneous biography of Billie Holiday and song lyricist Abe Meeropol (Strange Fruit) features a particularly horrific page of drawings to illustrate the lyrics to that song about the rash of racist lynchings so closely identified with the history of racism in the United States. Together with the late Spain Rodriguez and Trina Robbins, Rudahl is one of the artists who began her career as an underground cartoonist in the Sixties counterculture.

This is a fascinating collection of personalities, their lives drawn and told in a manner equal to the stories they tell. In today’s world, where it seems like every bohemian idea or trend is bought and sold to the highest bidder, it is refreshing to read of times when this was not always the case. In the same vein, this history edited by Paul Buhle (whose post academic gig seems to be editing graphic books) and bohemian Dave Berger, provides a context for much of what we understand to be culture nowadays.