Rumble on the Right : Teabagging for Fun and Profit 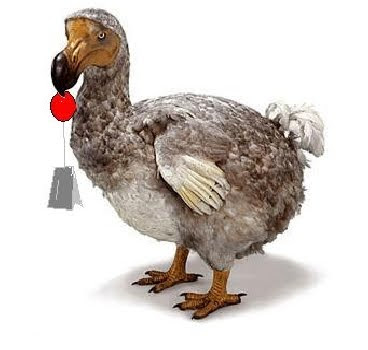 Even though they’ve had their efforts publicized by Fox News and funded by large right-wing organizations like FreedomWorks, the teabaggers are still not a very organized group of people. They can’t even agree on the best way to proceed now that they’ve made a name for themselves.

Some of them want to start a new teabagger third party. Others want to take over the Republican Party (which they rightly believe is owned by Wall Street). This has already happened in Florida, where establishment party leaders have been ousted and replaced by teabagger leaders.

Then there was word of a teabagger convention to be held in Nashville in February of this year. The organizer of the convention, attorney Judson Phillips, tried to pass off the convention as an effort to unify the teabaggers and provide direction for their future efforts. The fly in the ointment is that he has set his organization, Tea Party Nation, up as a for-profit organization.

In other words, if a profit is made off the convention, he’s under no obligation to use those funds toward future teabagger efforts or campaigns. It would be perfectly legal (and very probable) for Phillips to just put the money in his own bank account, and congratulate himself on a successful money-making venture.

Consider the following. He is selling about 500 tickets to the convention for $560 each (and this does NOT include the cost of hotel rooms). That’s a cool $280,000 right there. And don’t forget that he’s booked Sarah Palin for a speech, and he’s selling tickets to an additional 600 people for several hundred dollars each. That pushes the take up to around half a million dollars. And that doesn’t count the sponsors Phillips has lined up for the event.

He does have to pay for a convention room, but not a very large one — it only has to have room for 500 participants (and he can easily squeeze another 600 in for just one speech). This space probably doesn’t even cost as much as he’s paying Sarah Palin to make her speech. And I imagine details like sound system, security, etc. are probably included in the money he’ll pay for the convention space.

That leaves him with the cost of Sarah Palin. Rumor has it that she will receive $100,000 for her (probably incoherent) speech. Neither Phillips nor Palin will confirm or deny that this is what she’ll be paid, but that in itself confirms the amount. As sensitive as Palin is to bad publicity, I’m sure she would make it known if she was receiving less than that.

I’m betting that Phillips will clear at least $200,000 profit off the convention (probably more). And it looks like some of the teabaggers are finally waking up to the fact that they are being scammed by an unscrupulous lawyer.

Conservative and RedState blogger Erick Erickson thinks it “smells scammy” and says, “I think it is a great con of people making money off the passions of others… A $500+ per person fee to a for-profit organization run by people most people have never heard of is neither populist nor accessible for many tea party activists.”

At least three sponsors have also withdrawn their support after learning the event is a profit-making venture for Phillips. American Majority, a training group for teabagger organizations, withdrew and said, “Who is this guy? What are his motivations? And what gives him the credibility to try to step in and insert himself as a leader of the movement?”

And now it looks like the convention may suffer the greatest insult of all. Some teabagger organizations are saying they may actually picket the convention. Can you imagine teabaggers picketing outside of a teabagger convention?

Most readers of this blog will know that I have very little respect for the teabagger movement, but I also hate to see people being taken advantage of. I’m glad they are finally waking up and realizing that this convention is nothing more than a scam to separate them from their hard-earned money.

11 Responses to Rumble on the Right : Teabagging for Fun and Profit