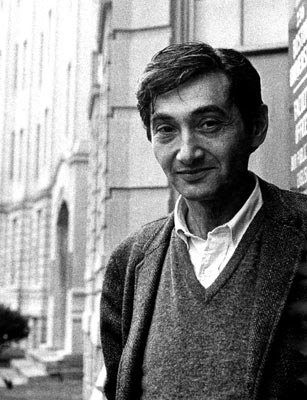 Historian and activist Howard Zinn, 1922-2010.
How the great Howard Zinn
Made all our lives better

Howard Zinn was above all a gentleman of unflagging grace, humility, and compassion.

No American historian has had a more lasting positive impact on our understanding of the true nature of our country, mainly because his books reflect a soul possessed of limitless depth.

Howard’s People’s History of the United States will not be surpassed. As time goes on new chapters will be written in its spirit to extend its reach.

But his timeless masterpiece broke astonishing new ground both in its point of view and its comprehensive nature. The very idea of presenting the American story from the point of view of the common citizen was itself revolutionary. That he pulled it off with such apparent ease and readability borders on the miraculous. That at least a million Americans have bought and read it means that its on-going influence is immense. It is truly a history book that has and will continue to change history for the better.

But that doesn’t begin to account for Howard’s personal influence. He was a warm, unfailingly friendly compadre. He shared a beautiful partnership with his wonderful wife Roz, a brilliant, thoroughly committed social worker about whom he once said: “You and I just talk about changing the world. She actually does it.”

But Howard was no ivory tower academic. His lectures were engaging, exciting, and inspirational. But they took on an added dimension because he was personally engaged, committed, and effective. He chose to write books and articles in ways that could impact the world in which they were published. He showed up when he was needed, and always had a sixth sense about exactly what to say, and how.

Perhaps the most meaningful tribute to pay this amazing man is to say how he affected us directly. Here are two stories I know intimately:

In 1974, my organic commune-mate Sam Lovejoy toppled a weather tower as a protest against the coming of a nuclear power plant. When Sam needed someone to testify on how this act of civil disobedience fit into the fabric of our nation’s history, Howard did not hesitate. His testimony in that Springfield, Massachusetts courtroom (see Lovejoy’s Nuclear War) remains a classic discourse on the sanctity of non-violent direct action and its place in our national soul. (Sam was acquitted, and we stopped that nuke!)

Three years earlier I sent Howard a rambling 300-page manuscript under the absurdly presumptuous title A People’s History of the United States, 1860-1920. Written in a drafty communal garage in the Massachusetts hills by a long-haired 20-something graduate school dropout, the manuscript had been rejected by virtually every publisher in America, often accompanied with nasty notes to the tune of: “NEVER send us anything like this again.”

But I sent a copy to Howard, whom I had never met. He replied with a cordial note typed on a single sheet of yellow paper, which I still treasure. I showed it to Hugh Van Dusen at Harper & Row, who basically said Harper had no idea why anyone would ever read such a book, but that if Howard Zinn would write an introduction, they’d publish it (though under a more appropriate title).

He did, and they did…and my life was changed forever.

Thankfully, Hugh then had the good sense to ask Howard to write a REAL people’s history by someone — the ONLY one — who could handle the job. He did… and ALL our lives have been changed forever.

Howard labored long and hard on his masterpiece, always retaining that astonishing mixture of humor and humility that made him such a unique and irreplaceable treasure. No one ever wrote or spoke with a greater instinct for the True and Vital. His unfailing instinct for what is just and important never failed him — or us. The gentle, lilting sound of his voice put it all to unforgettable music that will resonate through the ages.

A few days ago I wrote Howard asking if he’d consider working on a film about the great Socialist labor leader Eugene V. Debs, whose story Howard’s books have uniquely illuminated.

Eugene V. Debs was beloved by millions of Americans who treasured not only his clarity of a shared vision for this nation, but his unshakable honesty and unquestioned integrity.

Debs ran five times for president. He conducted his last campaign from a federal prison cell in Atlanta, where he was locked up by Woodrow Wilson. He got a million votes (that we know of). “While there is a soul in prison,” he said, unforgettably, “I am not free.”

Debs had deeply shaken Wilson with his brilliant, immeasurably powerful opposition to America’s foolish and unjust entry into World War I, and his demands for a society in which all fairly shared. In the course of his magnificent decades as our preeminent labor leader, Debs established a clear vision of where this nation could and should go for a just, sustainable future. Enshrined in Howard’s histories, it remains a shining beacon of what remains to be done.

Through his decades as our preeminent people’s historian, through his activism, his clarity, and his warm genius, Howard Zinn was also an American Mahatma, a truly great soul, capable of affecting us all.

Like Eugene V. Debs, it is no cliché to say that Howard Zinn truly lives uniquely on at the core of our national soul. His People’s History and the gift of his being just who he was, remains an immeasurable, irreplaceable treasure.

Thanks, Howard, for more than we can begin to say.

[Harvey Wasserman is senior editor at www.freepress.org, where this article also appears.]

The following excellent videos were posted by The Nation:

1 Response to People’s Historian : The Singular Legacy of Howard Zinn