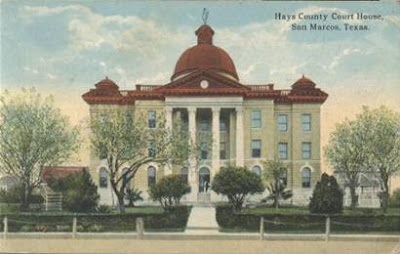 “My dog,” Gonzalez said during the Aug. 5 traffic stop.

SAN MARCOS, Texas — A police officer was accused of inappropriate behavior after his misconduct may have resulted in a dog’s death, ABC News reported.

Officer Paul Stephens pulled over Michael Gonzalez for speeding at 100 miles an hour down an interstate highway, prompting the driver to get out of the car, saying, “He’s dying.”

Gonzales and his girlfriend Krystal Hernandez explained that they were speeding to reach a veterinary clinic because their pet poodle Missy was choking.

The dashboard camera of the police car shows Officer Stephens yelling and criticizing the couple for putting other people’s lives at risk for a dog.

Stephens kept Gonzalez on the roadside for 15 minutes. The dog died as the couple waited for Stephens to issue a citation.

The couple tried to convince the officers several different ways to allow them to save their pet, KWTX Channel 10 News reported.

Gonzalez and Hernandez said they begged Stephens to let them go to the vet and turn themselves in for the speeding ticket later.

Gonzalez also offered to stay behind with the officer while Hernandez took the dog to the vet.

But Stephens ignored their pleas.

Police supervisors called the incident a “rookie mistake” and did not found Stephens guilty of any misconduct.

“This was not our finest hour,” said San Marcos Police Chief Howard Williams.

However, Williams did say that Stephens behavior was less than stellar.

“His world was collapsing. And what the officer says to him, basically, is, ‘I don’t care,'” Williams said.

Earlier this week, a police officer in Arizona was acquitted of charges of animal cruelty after leaving a police dog in a patrol car for 13 hours on a hot day last summer, the Associated Press reported.

Recent examples of police misconduct towards people are unfortunately no less appalling and usually include the use of tasers.

Police in South Carolina punched a teenage boy 13 times in the face before tasering him as he lay prone on the ground.

Police tasered an injured teen from Ozark, Missouri up to 19 times after he fell from a highway overpass in late July.

The 16-year-old had broken his back and heel when the officers began tasering him.

In yet another bizarre instance of police violence, a 66-year-old minister was tasered and beaten by hospital security guards for what he claims was a joke.