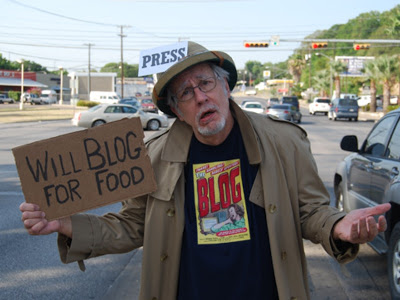 [The Rag Blog was honored to be featured in a CultureMap Austin article about Austin’s top political bloggers, originally published on June 2, 2012. CultureMap — a “daily digital magazine” designed to keep readers “plugged in, enlightened and entertained about culturally relevant news and information” — has become an increasingly influential Internet community resource for the Austin area. We thought we’d share Shelley Seale’s interesting piece with our readers.]

This month’s installment of Austin’s top bloggers highlights some of the best locals who dish on all things politics. After covering style, music, relationships, and food, this month I’m sharing my list of Austin’s top political bloggers.

Thorne Dreyer and The Rag Blog both came of age in the tumultuous sixties. In 1966, Dreyer was the original editor of The Rag — one of the first underground papers in the country.

“At the time, Austin was becoming a center for the fast-growing Sixties counterculture and psychedelic music scenes — and there was a big student power and anti-war movement on and around the UT campus,” says Dreyer, who currently edits the digital-age reincarnation, The Rag Blog. “The Rag pulled those groups together into a major political force.”

Thorne Dreyer and The Rag Blog both came of age in the tumultuous sixties.

The Rag Blog was born in 2005, when dozens of old staffers and local activists came together in a wildly successful reunion and started working together again. “It started as an online discussion group,” Dreyer says, “and many of the old underground press folks now write for us. We have a roster of prestigious contributors from all over the country and have developed an international following, and our writing is republished extensively on the internet.”

The Rag Blog features commentary on contemporary politics and culture and has been an original internet source on subjects like Occupy Wall Street , the environmental and sustainability movements, and other issues of social activism. “Though the times are very different, there are some similarities between the Sixties underground press and today’s progressive blogosphere — and we try to publish The Rag Blog with some of that same Sixties spirit.”

As far as the upcoming Presidential elections, Dreyer feels that people expected too much from Obama, and many are disillusioned with his leadership. “Obama was never really a progressive, and the political climate was such that he kept running into a (Republican) brick wall at every turn. But the Republicans are so scary that we have to support Obama’s reelection. All the pressure on Obama comes from the Right; we need to be more of a counterbalancing force.” 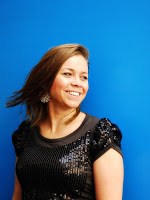 Blogging helped Rachel Farris deal with her own political grievances. Her first blog post in 2005 was about her frustration with the government’s response to Hurricane Katrina. Even so, she didn’t blog much about politics in those first couple of years — not until 2007, when her then-boyfriend was redeployed to Iraq and Farris began blogging about her dissatisfaction with the Bush administration.

“While the relationship didn’t work out, the blog definitely did. It helped me find my voice.”

Farris’s recent post on What a Rick Perry Presidency Would Look Like for Women got quite a bit of attention. “I think a lot of pundits were talking about what a Rick Perry presidency might look like for foreign policy or business, but no one had really addressed Perry’s record with women,” Farris says. And she is equal opportunity on the parties; she stirred up Democrats as well with The Crisis of Character in the Democratic Party , written right after the 2010 gubernatorial elections.

Farris is concerned about low voter turnout in the Presidential Race, and the way people are tired of the ineffectiveness of politics across party lines.

While many people vehemently disagreed with that post, a group of campaign staffers for Bill White asked her to read it at a backyard party.

“I thought their resilience was impressive and it gave me a lot of hope for the future of the Democratic Party in Texas. If they were willing to listen to some grumpy blogger yell at them, it meant that the next generation of political staffers care and they want to improve our state’s Democratic ticket.”

Farris is concerned about low voter turnout in the Presidential Race, and the way people are tired of the ineffectiveness of politics across party lines. She predicts a win for President Obama, and hopes it will help re-engage the electorate for 2016.

“With a name like Mean Rachel, I’ve found that people are more willing to listen once they’ve gotten to know me,” Farris says. “The most common thing I hear is ‘You’re not so mean!'” 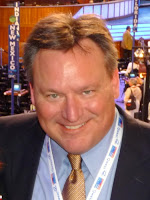 Cook’s blog came about simply because he was bored to tears. It was 2008 and he was on a business conference call. “While the call droned on and on, I just surfed over to blogger.com to see if I could get a blog going,” Cook says. “I didn’t tell anybody for a couple of weeks, because I didn’t think it would last.”

He wanted to do a political analysis blog because that’s where his expertise was — but he also wanted to do political satire and parody. “I think many participants in the political process take themselves way too seriously.” LettersFromTexas.com goes back and forth between serious and humorous pieces, something that Cook says might make the site seem a little schizophrenic to some. “They never know which writing they’ll get when they check in, and I like that.”

Plenty of his blog posts have generated a lot of controversy and commentary. “When Governor Perry first said he was thinking about running for President earlier this year, I wrote a piece highly critical of his candidacy which may well be the most-read piece over on the blog,” Cook says. “It just kept going for months and months. I also wrote Source at Reliant Stadium in Houston which also bent the needle on blog traffic.”

“I think many participants in the political process take themselves way too seriously.”

The most controversial post ever was Rodeo Clowns, in which Cook published the names and contact information of several people who had sent racist emails surrounding a controversy with the Houston Livestock Show and Rodeo. “The squirming by racists in the comments section was certainly an eye-opener to a lot of my readers, to say the least, and I finally shut down the comments on the piece.”

And what does Cook think about the upcoming Presidential election? “I think the struggles within the Republican Party between Tea Party activists and traditional establishment Republicans have taken Republicans so far to the right that it will be difficult for them to have a very good November election. Odds are at this point that Obama will be re-elected.” 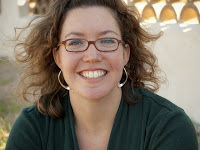 It was 2003, and a group of UT students needed an outlet to chronicle the political goings-on at the State Capitol and around Austin. Thus was born the Burnt Orange Report. In nearly 10 years the site has garnered more than six million visitors, broken major statewide and national news stories and played a key role in supporting progressive/Democratic messaging, through the work of dozens of staff writers.

In fact, BOR is one of the most widely-read progressive state blogs and was credentialed at the ’06 and ’08 Democratic National Conventions, as well as the 2009 inauguration of President Obama. The blog has also won six “Best of Austin ” awards from Austin Chronicle readers.

In nearly 10 years the site has garnered more than six million visitors, broken major statewide and national news stories and played a key role in supporting progressive/Democratic messaging, through the work of dozens of staff writers.

“While we’re unabashedly Democratic, our readers come from both sides of the aisle,” says editor Katherine Haenschen. “We’re very open about our partisanship and support for Democratic candidates, but we’re also willing to criticize fellow members of our party too.”

In 2006, BOR broke the story about Kinky Friedman’s racist “comedy” routines, which became a big story in the 2006 Governor’s race. Amusingly, Haenschen says the blog is also still getting a steady stream of visits from people Googling “Can Texas secede?” and landing on this post by Karl-Thomas Musselman.” I guess we can thank Rick Perry for that one.”

It is probably obvious that BOR supports Obama in the upcoming elections. “We’re largely optimistic about our elections this year, since issues like public education funding, women’s health, and economic inequality are key this year,” says Haenschen. “Democrats have a more favorable — and let’s be honest, sane — stance on these issues. Plus, it helps that the Republicans can’t seem to stop arguing about the President’s birth certificate while railing against birth control. They’re doing a great job of showing why they shouldn’t be in charge of a bake sale, let alone government.”