Some Ideological Housecleaning of His Own to Do 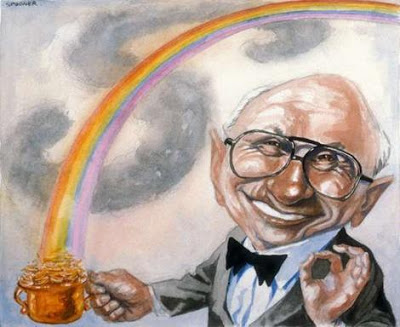 Barack Obama waited just three days after Hillary Clinton pulled out of the race to declare, on CNBC, “Look. I am a pro-growth, free-market guy. I love the market.”

Demonstrating that this is no mere spring fling, he has appointed 37-year-old Jason Furman to head his economic policy team. Furman is one of Wal-Mart’s most prominent defenders, anointing the company a “progressive success story.” On the campaign trail, Obama blasted Clinton for sitting on the Wal-Mart board and pledged, “I won’t shop there.” For Furman, however, it’s Wal-Mart’s critics who are the real threat: the “efforts to get Wal-Mart to raise its wages and benefits” are creating “collateral damage” that is “way too enormous and damaging to working people and the economy more broadly for me to sit by idly and sing ‘Kum-Ba-Ya’ in the interests of progressive harmony.”

Obama’s love of markets and his desire for “change” are not inherently incompatible. “The market has gotten out of balance,” he says, and it most certainly has. Many trace this profound imbalance back to the ideas of Milton Friedman, who launched a counterrevolution against the New Deal from his perch at the University of Chicago economics department. And here there are more problems, because Obama–who taught law at the University of Chicago for a decade–is thoroughly embedded in the mind-set known as the Chicago School.

He chose as his chief economic adviser Austan Goolsbee, a University of Chicago economist on the left side of a spectrum that stops at the center-right. Goolsbee, unlike his more Friedmanite colleagues, sees inequality as a problem. His primary solution, however, is more education–a line you can also get from Alan Greenspan. In their hometown, Goolsbee has been eager to link Obama to the Chicago School. “If you look at his platform, at his advisers, at his temperament, the guy’s got a healthy respect for markets,” he told Chicago magazine. “It’s in the ethos of the [University of Chicago], which is something different from saying he is laissez-faire.”

Another of Obama’s Chicago fans is 39-year-old billionaire Kenneth Griffin, CEO of the hedge fund Citadel Investment Group. Griffin, who gave the maximum allowable donation to Obama, is something of a poster boy for an unbalanced economy. He got married at Versailles and had the after-party at Marie Antoinette’s vacation spot (Cirque du Soleil performed)–and he is one of the staunchest opponents of closing the hedge-fund tax loophole. While Obama talks about toughening trade rules with China, Griffin has been bending the few barriers that do exist. Despite sanctions prohibiting the sale of police equipment to China, Citadel has been pouring money into controversial China-based security companies that are putting the local population under unprecedented levels of surveillance.

Now is the time to worry about Obama’s Chicago Boys and their commitment to fending off serious attempts at regulation. It was in the two and a half months between winning the 1992 election and being sworn into office that Bill Clinton did a U-turn on the economy. He had campaigned promising to revise NAFTA, adding labor and environmental provisions and to invest in social programs. But two weeks before his inauguration, he met with then-Goldman Sachs chief Robert Rubin, who convinced him of the urgency of embracing austerity and more liberalization. Rubin told PBS, “President Clinton actually made the decision before he stepped into the Oval Office, during the transition, on what was a dramatic change in economic policy.”

Furman, a leading disciple of Rubin, was chosen to head the Brookings Institution’s Hamilton Project, the think tank Rubin helped found to argue for reforming, rather than abandoning, the free-trade agenda. Add to that Goolsbee’s February meeting with Canadian consulate officials, who left with the distinct impression that they had been instructed not to take Obama’s anti-NAFTA campaigning seriously, and there is every reason for concern about a replay of 1993.

The irony is that there is absolutely no reason for this backsliding. The movement launched by Friedman, introduced by Ronald Reagan and entrenched under Clinton, faces a profound legitimacy crisis around the world. Nowhere is this more evident than at the University of Chicago itself. In mid-May, when university president Robert Zimmer announced the creation of a $200 million Milton Friedman Institute, an economic research center devoted to continuing and augmenting the Friedman legacy, a controversy erupted. More than 100 faculty members signed a letter of protest. “The effects of the neoliberal global order that has been put in place in recent decades, strongly buttressed by the Chicago School of Economics, have by no means been unequivocally positive,” the letter states. “Many would argue that they have been negative for much of the world’s population.”

When Friedman died in 2006, such bold critiques of his legacy were largely absent. The adoring memorials spoke only of grand achievement, with one of the more prominent appreciations appearing in the New York Times–written by Austan Goolsbee. Yet now, just two years later, Friedman’s name is seen as a liability even at his own alma mater. So why has Obama chosen this moment, when all illusions of a consensus have dropped away, to go Chicago retro?

The news is not all bad. Furman claims he will be drawing on the expertise of two Keynesian economists: Jared Bernstein of the Economic Policy Institute and James Galbraith, son of Friedman’s nemesis John Kenneth Galbraith. Our “current economic crisis,” Obama recently said, did not come from nowhere. It is “the logical conclusion of a tired and misguided philosophy that has dominated Washington for far too long.”

True enough. But before Obama can purge Washington of the scourge of Friedmanism, he has some ideological housecleaning of his own to do.

This entry was posted in RagBlog and tagged Economy, Obama, Presidential Campaign. Bookmark the permalink.