State of the Union : What Obama Must Do 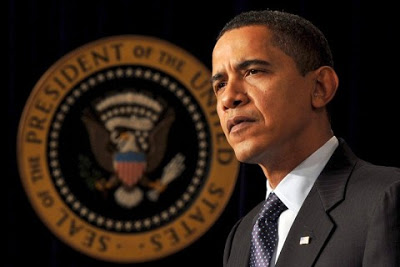 Obama’s State of the Union must address:

People are enraged by the bonuses the banks are handing out, and many think the Obama administration is too cozy with Wall Street. Many believe Obama has not done enough to address unemployment.

The State of the Union message will give President Barack Obama an opportunity to redirect the nation’s political discourse. He should focus on job creation, propose tougher regulations on the financial sector, and suggest means of cutting costs and raising needed revenue.

Tax incentives should be created to reward small businesses for creating new jobs. They could be partly based upon total increases in payroll so that firms would not be rewarded for firing one person and hiring someone else.

Credit has dried up for small business. The banks are unlikely to do much to remedy this situation. Many must amass cash to cover bad assets, and others are more interested in investing in other banks or in complex financial instruments . The administration must find ways to recycle recovered TARP money into Small Business Administration loans. SBA procedures must be streamlined, and it might be necessary to find ways for the SBA to make the loans directly.

Work relief projects could resemble the New Deal’s Civilian Conservation Corps and National Youth Administration projects. Some could work through states and municipalities as did the more recent CETA operations.

This is the time to propose repealing legislation that held out incentives to export jobs. Such legislation has been on the books since the post-World War II years when we were trying to fight communism by building up economies abroad. The last serious effort to repeal this legislation was the Hartke Bill, which Gerald Ford vetoed shortly after becoming president.

Obama’s coming State of the Union address will disappoint many if he does not deal with obscene bonuses in the financial community. For one thing, they soak up funds that will be needed to keep lending and absorb losses. The president should propose legislation taxing bonuses at a higher level. Present tax law treats bonus income the same way capital gains are handled. At the very least, that provision should be repealed so that these people no longer get that very low tax rate. Even better would be to tax the bonuses at a 50% rate.

So far, it appears that the administration is thinking about applying the Medicare payroll tax to investment income. That is a good idea as long as it does not penalize ordinary retirees living off their investments. Perhaps the tax should kick in at the $60,000 level.

Another means of raising funds to reduce the deficit is to levy excess profits taxes on all sectors of the health care industry, including health insurance providers. Excess profits taxes should also be enacted for the petroleum and natural gas industries.

German Finance Minister Peer Steinbruck has proposed a global financial transaction tax of .05 % ( half a percent) that would be applied by all the G20 countries. It should be applied whether or not the transactions occur on recognized exchanges. Some have estimated that it would raise for the Treasury over $600 billion annually. This would include derivatives.

It is unlikely that all 20 nations will agree to it. The Obama Administration seems to prefer a fee on the liabilities of banks and investment companies. It should apply across the board to institutions that took TARP money and those that did not. The president says this should only cover losses from the TARP program. The tax would discourage excessive leveraging in the future. He should consider making the fee permanent.

Moreover, we need to recover more of that money lost through the TARP program. The collapse of the financial system triggered a deep recession, which made necessary a large stimulus package. In addition, bank bailouts since 1980 have cost about $14 trillion in obligations undertaken by the Fed and Treasury. It is high time we begin to recover some of that money.

Obama should make it clear that he will not accept an extension of the Bush tax cuts, which run out this year. He should call for reenactment of an inheritance tax with large carve-outs for family farms and small, family owned businesses.

By all accounts Medicare is fast approaching collapse. One reason is that we lose about $60 billion in fraudulent claims every year. Another reason is that Medicare Advantage, essentially a subsidy to the health insurance industry, is too great a burden.

The president should propose legislation allowing Medicare providers to negotiate for drug prices and establish a formulary with approved medicines. Since this legislation involves the spending of federal funds, it should go through the Senate via the budget reconciliation process to avoid a filibuster.

A great deal more must be invested in hiring people and creating mechanisms to detect Medicare fraud.

Even if health care reform somehow passes, it will be in a form that does too little to control costs. Obama should propose legislation that will do more to control medical expenses that are ultimately funded by the federal government. This should include repealing the exemptions from anti-trust legislation now enjoyed by the medical insurance and medical liability insurance industries.

Senator Dick Durbin said that the banks own Congress, but there is now enough public anger at the banks to enable Congress to pass some reforms.

At the very least, banks that are federally insured or hold our savings should not be permitted to export our money or use it for speculation in stocks, complex financial instruments, and hedge funds. President Obama should reverse his position on creating a Financial Consumer Services Protection Agency, even though Congress might lack the spine to follow his lead.

No doubt Obama will endorse financial regulatory legislation now going through Congress. As the economy improves, there will be more pressure to derail it. He needs to press for rapid passage. Above all, it must include provisions for rapidly placing commercial and investment banks into federal receivership when they face failure. Reregulation should include a ban on ordinary commercial banks gambling with our savings. Much of Glass-Steagall should be restored.

President Obama must urge the independent regulatory agencies to be more vigilant and vigorous in enforcing existing regulatory legislation. He should promise that the Justice Department will focus upon finding and prosecuting those who are guilty of fraud

We must begin to regulate derivatives trading. They should be handled in an open market and there should be no “dark market” where some are traded out of sight, and no entities should be allowed to continue dealing with them in unregulated over the counter trades. The legislation now going through Congress has too many loopholes and invites more abuses and future crashes.

The President’s allies in Congress should begin investigating why Goldman Sachs received 100% compensation for its exposure while AIG had to liquidate many assets under the worst possible circumstances.

These steps represent good beginnings for reregulating the financial sector, containing medical care costs, bringing in more revenue, and creating jobs. They will not completely stem the perfect political storm that was building all last year and became obvious to all with the recent election of Senator Scott Brown in the Bay State.

The reregulation of banks will give the GOP still another advantage — full campaign war chests for the coming by-elections.

Progressives need to appeal to economic populism while beginning the slow and difficult process of explaining to voters how our economy and financial system became so fragile. This is a long-term process, and they need to learn a great deal about message management and cognitive science. Republicans are light years ahead in these areas, and their task is so much easier because their success rests on playing to impatience — and to the independents with their disinclination to examine anything closely.

The November elections will not be a happy time for Democrats, but they face great long term challenges. The GOP could produce a favorable political realignment by 1) continuing to reenergize its base, 2) continuing to promote what sociologists call a crisis of legitimacy, and 3) continuing to insist that our economic woes are the result of Democratic policy. If you insist on anything long enough, people will believe it.

Continual obstructionism has created the impression that government cannot produce desired results, and a legitimacy crisis usually hurts those in power. A long-term realignment is possible because, at some level, voters are beginning to realize that the long term prospects for the middle class are not good. When that finally sinks in, someone will pay the price.

[Sherman DeBrosse is a retired history teacher and a regular contributor to The Rag Blog.]

1 Response to State of the Union : What Obama Must Do