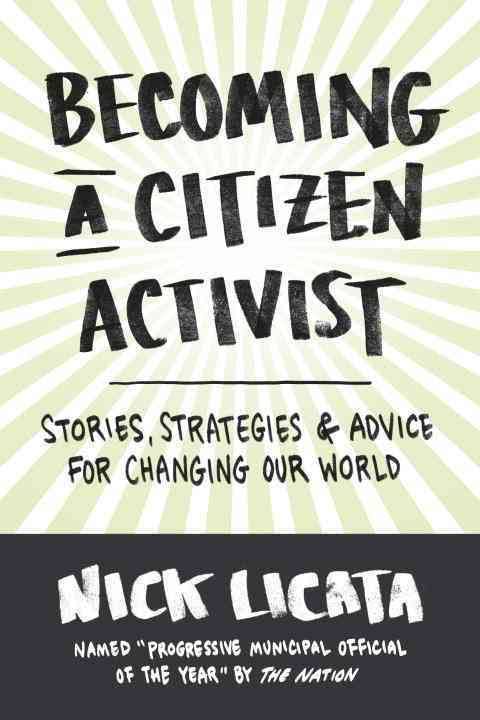 Steve Early and Nick Licata will also be featured at “A Tale of Two Rebel Cities,” a book party and discussion at Scholz Biergarten in Austin on Thursday, July 27, 7-9 p.m. For more information, go here.

As the 2016 political season drew to an end, hundreds, if not thousands, who had been “feeling the Bern” started turning their eye to local politics.

Many would heed the call of Minnesota Congressman and Sanders supporter Keith Ellison:

We need people running for school boards,” Ellison told The New York Times in May 2016.

Like Sanders, Licata was a sixties radical. He belonged to Students for a Democratic Society (SDS) at Bowling Green State University and first learned retail politics at the dormitory level when he ran successfully for student government president.

Licata had an unconventional resume when he first sought public office.

Like some Sanders supporters who may or already have become candidates, Licata had an unconventional resume when he first sought public office. He had lived in a well-known Seattle commune for 20 years and founded two alternative publishing ventures, the People’s Yellow Pages and the Seattle Sun. A Democrat with Green Party sympathies, he defeated a candidate who was backed by the mainstream media and out-spent him two to one.

“In the previous 128 city council elections, only two candidates had won when both daily newspapers endorsed their opponent,” Licata reports, so “the odds didn’t look good.” Fortunately, his message that the city should invest more resources “in all neighborhoods and not concentrate them in just a few” resonated with an electoral coalition of “young renters” and “older home-owners.” Licata’s own track record of neighborhood activism gave him the necessary name recognition and grassroots street cred to win.

Becoming A Citizen Activist is full of useful tips about how activists and allied politicians can collaborate on issue-oriented campaigns. His book makes clear that “going local” is different from backing a presidential campaign focused on national and international questions. According to Licata, progressives must develop the ability to “see the small things that generate the big things,” linking voter concerns about global threats like climate change to concrete and achievable steps that city government can take to address local manifestations of the larger problem.

He describes how Seattle’s four years of skirmishing over plastic bag regulation originated in one neighborhood’s opposition to a new waste transfer station. What might have been just another exercise in NIMBYism evolved into a city-wide push for waste reduction at its source, plus much greater recycling. A plastic bag fee, imposed by the city council, was overturned after a plastic bag industry-funded referendum campaign, but the city’s ban on Styrofoam containers survived. In 2011, the city council passed a broad ban on single-use plastic bags, which the industry opted not to challenge either in court or at the polls. 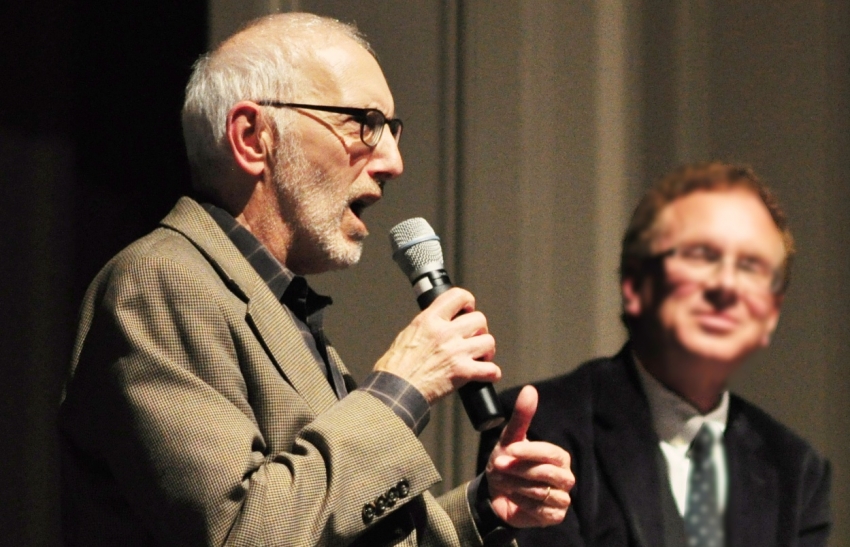 Several of his most interesting case studies reveal the tendency of legislators — even liberal-minded ones — to be overly timid and skeptical about policy initiatives that push the envelope. In 2011, for example, Licata tried to lower the expectations of constituents who met with him about a paid sick leave mandate opposed by local employers.

“I cautioned that it was not likely that we’d see it anytime soon,” he admits in the book. Yet, less than nine months later, he was “shown to be wrong.” Not only was there sufficient public support, but “well-organized advocacy groups” marshaled “a wealth of data to prove that the sky wouldn’t fall if paid sick leave passed.”

I found myself initially offering cautious verbal support and not much more.

Politicians like me were sympathetic but also felt that 15 dollars was way too big a lift. In my own case, I thought there were more readily achievable goals — like fighting wage theft. I found myself initially offering cautious verbal support and not much more.

What made Seattle’s “Fight for 15” winnable was grassroots organizing by local labor organizations and left-wing activists, who were able to inject the issue into the 2013 mayoral race between incumbent Mike McGinn and his challenger, state senator Ed Murray. Shortly before the election, Murray endorsed a minimum wage hike to $15 an hour while McGinn insisted that Washington state should take action instead of the city.

That year, it also made a big difference to have an energetic and charismatic socialist candidate running for city council under the “Fight for 15” banner. Kshama Sawant took on Richard Conlin, “a well-liked liberal politician” who cast the city council’s lone vote against paid sick leave and opposed raising the minimum wage without further study. According to Licata, Conlin, like McGinn, was defeated due to the votes of “many disaffected Democrats who wanted more aggressive council members willing to speak out on issues.”

Sawant tapped ‘the unique means that public officials have to… mobilize the public.’

Once elected, Sawant was quick to utilize what Licata calls “the unique means that public officials have to help mobilize the public”: holding public hearings, forming issue-oriented or constituency-based task forces and commissions, and backing ballot measures like the threatened popular referendum on “15 Now” that kept Mayor Murray and his allies from weakening minimum wage legislation more than they did in 2014.

Yet when Sawant — a generation younger than Licata —  first ran against his longtime colleague, Richard Conlin, the council’s most left-leaning member didn’t support her. In Becoming a Citizen Activist, Licata now acknowledges Sawant’s unusual strengths as a radical politician, including her social media savvy, “dedicated following,” and ability to project “a message that resonated with the public.” Her tweets, blogging, and website use “helped her obtain 80 percent citywide name recognition after a year on the council, far surpassing all the other council members,” Licata reports.

According to the author, local pollsters surveying the relative popularity of city councilors prior to Seattle’s 2015 election found that Sawant’s “numbers were higher than all the others but mine, and I beat her by only one point.” These results might explain why Mayor Murray and the Seattle business community failed to unseat their Socialist Alternative critic when she ran for re-election last year, with Licata’s backing this time. (Licata himself chose to retire from the city council.)

Readers interested in further detail about their overlapping council careers can read American Socialist, a political memoir by Sawant (published by Verso in April 2017), or Jonathan Rosenblum’s Beyond $15 (published by Beacon Press in March 2017) about labor and politics in Seattle. Rosenblum worked on Sawant’s reelection campaign which, in his view, demonstrated  “the indispensability of organization” and an “independent political base.”

Unlike Licata’s own more typical electoral efforts in the past, Sawant’s “campaign strategies and tactics were not directed by a single candidate or campaign manager.” Instead, Rosenblum points out, they were “developed through collective, thoughtful discussions” among Socialist Alternative members who live in Seattle and “are connected to a broader base of union and community activists.”

Licata had a major role in creating a multi-city network of progressive elected officials.

One limitation of Licata’s book is the absence of any discussion about fielding slates of progressive candidates who are committed to a common platform that includes rejection of corporate contributions. To his credit, Licata did play a major role in creating the multi-city network of progressive elected officials known as Local Progress. In the Bay Area, this group includes Richmond, California city councilor (and former mayor) Gayle McLaughlin, whose Richmond Progressive Alliance only runs candidates who spurn business donations.

Nationally, about 400 mayors, city councilors, county supervisors, and school board members use Local Progress as a “think tank” and clearing house for alternative public policies. Assisted by the Center for Popular Democracy in New York, the group distributes a 60-page handbook for improving labor and environmental standards, housing and education programs, public safety, and municipal election practices. At annual conferences — like its national meeting in Pittsburgh on July 8-9 — local victories of the sort Licata describes in his book are dissected and their lessons disseminated.

Local Progress leaders believe that neither street politics nor electoral victories alone will make a sufficient dent in the status quo. As Licata told his fellow “electeds” when they met in New York two years ago, municipal government changes for the better only when progressives have “an outside and inside game… people on the inside and people protesting on the outside to provide insiders with backbone.” Licata’s new book provides many useful examples of that necessary synergy.

An earlier version of this article appeared at In These Times and at Moyers & company.

[Steve Early worked for 27 years as an organizer and international representative for the Communications Workers of America. He is the author of several books, including Refinery Town: Big Oil, Big Money, and the Remaking of an American City (Beacon Press). He can be reached at Lsupport@aol.com.]