Steve Russell :
Use writing talent without losing it

The acid test of good writing is how it sounds when read aloud. When you write like an artist, people would pay to hear your words recited. 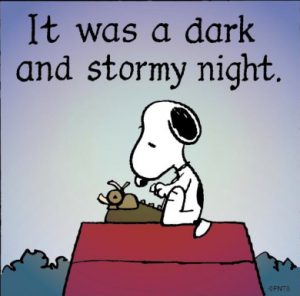 This goes out to young people who are articulate in the written form of English and therefore perhaps a dying breed. It was inspired when one of my editors hurled a really painful remark my way. He said I write like a lawyer.

A legal education will seriously bollix your writing. People think lawyers are trying to be too subtle, to make every word choice carry too much freight.

What ruins a lawyer’s writing is anticipating objections, which leads to what becomes almost a rule: a clause, a sentence, a paragraph can never have too many modifiers. Every qualification, every cavil, is one less hole in your argument.

This is the precise opposite of good writing, where it’s OK to leave ambiguity and if different people can read different things into your product that is an artistic success where a lawyer is trained to see a failure. The lawyer is seeking words that can only mean one thing and leave no seams where a lever may be inserted to pry the whole thing apart.

Lawyers appear to have huge vocabularies not because that’s necessarily so, but because there are so many terms of art in the law, and that includes specialized meanings of common words. If one word or phrase has withstood hostile reading in the past, then why reinvent the wheel? Use what you know works. This, too, is precisely the opposite of good writing, the best of which makes the mundane new again by choosing different words or different emphases or different rhythms.

Speaking of rhythm, the acid test of good writing is how it sounds when read aloud. When you write like an artist, people would pay to hear your words recited.

When you write like a lawyer, people would pay to avoid your words read out loud and don’t much care for how they scan silently, either.

The best thing for me when I was trying to get my mojo back was to return to Ernest Hemingway for clean crisp prose with a minimum of verbal gewgaws. Reading skilled writers is, by the way, how you cultivate your skill in the first place. To learn how to write well, read broadly and deeply.

I was a pretty good journeyman wordsmith and that’s part of how I got admitted to law school. It took law school three years to destroy any evidence of literary talent and it took a lot longer than that to get it back, assuming for the sake of the story that I have gotten it back.

Even for those skilled in the craft, there is a common problem called “writer’s block.” It’s nightmarish, particularly when a deadline is bearing down on you like a runaway train and all you can seem to do is stare at a blank sheet of paper or, in these times, a computer monitor.

That blank page is the enemy that
must be defeated.

That blank page is the enemy that must be defeated and your key to victory is to change the battle order by filling the blank space. It matters more that you fill it than with what content. Natalie Goldberg calls the problem “shutting down your internal editor,” and her book, Writing Down the Bones, remains the best guide to winning the battle with writer’s block I’ve seen.

The mechanics of writing are set out in William Strunk, Jr. and E. B. White, The Elements of Style. Currently in its fourth edition, Strunk and White is the go-to for the how-to. I had it brought to my attention as an undergraduate, again in law school, and still again in graduate school. To the extent the craft can be practiced by memorizing rules, Strunk and White have the rules to memorize.

Looking back at my own writing life, I am constrained to point out that there’s something going on with fine writing that can’t be taught. I’ve been blessed to have that feeling common to many wordsmiths that I am merely channeling descriptions and connections that appear in my mind and escape though my fingers on a keyboard.

That may sound arrogant but in my mind it’s the opposite. I know I write well — that’s the arrogant part — but I also know I cannot take credit because I don’t feel in control of the process. If I’m channeling a creative force that I don’t understand, then the channel is always subject to disruption. There is more glory in diligence than in luck, and, so far, I’ve been lucky. That creative force has been with me from an early age, not because I knew where to look for it but because it came looking for me.

My first publication was a news item I submitted to the Tulsa World when I was 15. Imagine the excitement of a teenager when it appeared with only one minor edit. Aware of my status, I referred to an adult person quoted in the story as “Mr. Jones” but the World’s style manual called for “Jones.” That was the first I heard of a style manual.

I should confess that I did not enjoy or do very well in English courses.

I should also confess that I did not enjoy or do very well in English courses. In high school, the problem was that they were teaching grammar and I had no interest in the subject. What was important to me was that it “sounded right.” I have not changed my mind about that in general, so I can enjoy Star Trek without worrying about the split infinitive in “to boldly go.”

One of several times I was kicked out of a high school English class was for reading Shakespeare in the back of the room while those sitting up front were having some kind of nonsensical debate about grammar.

Feeling burned and burned repeatedly by English courses, I took the bare minimum I could get away with at the university, which was six hours. I filled out the rest of the English requirement with cross-listed anthropology courses. Much, much later, I did have to learn a little bit of grammar so I could explain to my students what was wrong in addition to “it doesn’t sound right.”

That knowledge is also useful in arguments with editors, when I’m trying to keep them from altering my deathless prose. My life experience suggests that it’s good to learn the rules, but you should consider the rules as if they are written with chalk — not indelible ink.

Considering the impact legal education has on writing ability, it’s a fine irony that demonstrated sharp writing skill will help a student get into law school, where the sharp writing will quickly be blunted. If I had it to do over, I would try to draw clear lines in my mind — real writing over here; law writing over there. I’m not sure that is possible, but if you are in that situation, it’s worth a try.

I’m going to recommend one more book, because it contains many disclosures about legal writing I wish I had known at the time. Eugene Volokh, Academic Legal Writing: Law Review Articles, Student Notes, Seminar Papers, and Getting on Law Review, is in a third edition for very good reason. Don’t attend law school without it.

By the time you are old enough for law school, you will have gotten enough feedback from the real world to know whether you are a talented writer, born to the breed. If you are not, work hard to master the mechanics and you will survive. If you are, take care. You did not apply to law school to renounce the gift that is your birthright.

[Steve Russell lives in Sun City, Texas, near Austin. He is a Texas trial court judge by assignment and associate professor emeritus of criminal justice at Indiana University-Bloomington. Steve was an activist in Austin in the sixties and seventies, and wrote for Austin’s underground paper, The Rag. Steve, who belongs to the Cherokee Nation of Oklahoma, is also a columnist for Indian Country Today Media Network. He can be reached at swrussel@indiana.edu. Read more articles by Steve Russell on The Rag Blog.]

3 Responses to Steve Russell :
Use writing talent without losing it