Texas Chainsaw Massacre : Austin Tree-Huggers Get Their Due! 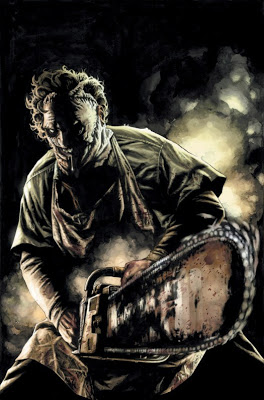 The Rag Blog generally doesn’t publish news of a local Austin nature, but in this case: it was a great tree; it’s about time cedar-chopping developers got some comeuppance AND the whistleblowing good guy was our own Jim Retherford.

An Austin developer has been indicted by a Travis County grand jury on a charge of criminal mischief, accused of illegally cutting down a large cedar tree in South Austin last year.

Hunter Wheeler, 36, faces up to two years in prison on the charge. When reached Wednesday he declined to comment, saying he was not aware of the case. He has previously denied cutting down the tree.

Assistant District Attorney Claire Dawson-Brown said Wheeler is accused of ordering a work crew to cut down a 22-inch-wide tree that was in City of Austin-owned right-of-way. It was near a home Wheeler was building on Daniel Drive, just south of Barton Springs Road in the Bouldin Creek neighborhood.

Dawson-Brown said the indictment is a rare one surrounding the cutting of a tree, a violation that often is handled with civil fines.

Neighbors of the felled tree, which sat next to a sidewalk, told the American-Statesman last year that they suspected Wheeler ordered the cutting because the tree blocked a view of downtown from the spec home he was building.

After one neighbor found the tree in the roadway while walking his dog on July 21, 2007, a Saturday morning, neighbor Jim Retherford called police, Retherford said last year.

Retherford said the tree crew told them that Wheeler had ordered the tree cut down. The crew later said that a woman in a house across the street from the house Wheeler was building wanted the tree down.

Wheeler, whose company Hunter Wheeler Homes specializes in building and remodeling large homes around Austin, said last year that he gave the neighbor information on a tree crew after the neighbor said she wanted the tree removed.

Gail Armstrong, who lives on Daniel Drive, said he is glad that the tree cutting is being taken seriously.

“It’s sort of a pretty strong move to step across the street from your property and cut a tree down,” he said. “As tree happy as Austin is, I don’t see how it’s particularly out of line that he be held accountable.”