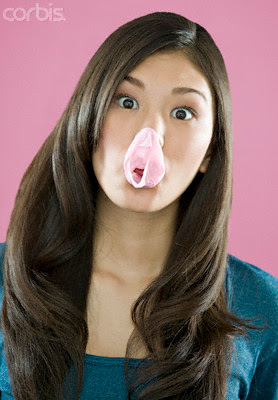 It looks like the US economy has gotten itself into a ‘liquidity trap’; the blowback from Greenspan’s bubbles and banking deregulation.

If we try to avoid a deepening depression, the fed would normally try to inject enough liquidity by lowering interest rates to reflate the economy and stimulate spending, according to classic Keynesian principles. The income tax rebates were supposed to do the same thing, but were too little too late. But once the psychology of cutting back on the non-essential spending sector of the economy gets started, it tends to be reduce business profits for a large part of the total GNP and to become a self-reinforcing recession, depression, whatever.

Since the financial panic is centered in the finance industry, “Helicopter Ben” is trying to avoid bank runs by bailing out the big guys, including Freddie Mac and Fannie Mae. The unregulated hedge funds who have borrowed from the giant investment banks like JP Morgan have to get bailed out too as part of the same process.

But all the new dollars and taxpayer IOUs that Ben Bernanke uses to bail out the banks and their wealthy investors has to go somewhere. This liquidity would be stupid to go into parts of the consumer economy that are doing poorly, so it will go into the parts of the economy that have a solid spending base like food and oil and commodities. So the bailout dollars get recycled into bidding against the Chinese for a limited world supply of oil and all the fruits thereof, which naturally increases their price, which shows up as the inflation we see now.

But we are nearing a tipping point where T-note holders worldwide see how stupid it is to hold dollars that are losing value, due to inflation not paying as much as their T-note value, and so dump massive amounts of dollar liquidity into the international economy to buy Euros, gold, etc. So the dollar plunges and the cost of oil in dollars leaps upwards, raising the cost of nearly all necessary commodities. If you think inflation is bad now wait until the whole world dumps their dollars.

Its a new version of the stagflation of the oil crisis of the early 1970s and 1980s. Then economic shock therapy by Paul Volker plus Arab oil led to recovery, but this time things look a lot more serious because the economy is so highly-leveraged so that a lot of banking debt on the books is worthless and also because there is no more cheap oil to hold down commodity prices that depend on an oil-addictive economy designed to benefit financial interests with the short range investment focus that flourished under Greenspan’s watch

U.S. consumer prices surged 5 percent in the past year, the biggest jump since 1991, just as households struggled with falling home values and the credit crunch.

Spiraling expenses for food and fuel spurred the increase in June, the Labor Department said today in Washington. The cost of living rose 1.1 percent from May, more than forecast and the second-largest rise since 1982. Separate figures showed industrial production rose more than estimated because of the end of a strike at American Axle & Manufacturing Holdings Inc. and increased electricity output.

Price gains accelerated last month even after stripping out energy and food, underscoring the challenge for Federal Reserve Chairman Ben S. Bernanke as he attempts to steer the economy through the slowdown and credit crisis. Treasuries fell.

“This is a problem for the economy; it’s even worse for the Fed,” said Joel Naroff, president of Naroff Economic Advisors Inc. in Holland, Pennsylvania.

“Inflation numbers are high enough that under different circumstances the Fed would be hiking rates.”

Excluding food and energy, so-called core costs climbed 0.3 percent in June from the previous month and 2.4 percent from a year before.

Bernanke told lawmakers in semiannual testimony on the economy yesterday and today that inflation risks have “intensified.” At the same time, he dropped his June assessment that risks to the economic expansion had diminished, indicating policy makers aren’t ready to raise interest rates to contain expenses.

“We don’t think they’re going to raise rates now — until June next year now is our forecast — until basically the economy starts to get some footing,” Beth Ann Bovino, senior economist at Standard & Poor’s in New York, said in an interview with Bloomberg Radio. “Right now the beast is what’s going to happen with the economy.”

Prices were forecast to climb 4.5 percent in June from a year earlier, according to the survey median.

A separate report today said confidence among U.S. homebuilders dropped to 16 this month, a record low. Readings for current sales, expected sales and buyer traffic in the National Association of Homebuilders/Wells Fargo sentiment index also were at all-time lows.

“The magnitude of the housing bubble was unprecedented, and the corrective process promises to be a long and painful one,” Joshua Shapiro, chief U.S. economist at Maria Fiorini Ramirez Inc. in New York, said in a note to clients.

The Fed said today that production at factories, mines and utilities increased 0.5 percent last month after dropping 0.2 percent in May. Capacity utilization, which measures the proportion of plants in use, rose to 79.9 percent from 79.6 percent.

Wholesale costs rose 1.8 percent in June, the most in seven months, the Labor Department reported yesterday. From a year ago, prices climbed 9.2 percent, the biggest surge since 1981.

Kimberly-Clark Corp., the maker of Huggies diapers and Scott paper towels, said earnings for this year will trail its previous forecast as expenses rise more than twice as fast as predicted,

“Inflation has outpaced our ability to offset higher costs in the near term through price increases, cost reductions and other measures,” Thomas Falk, the Dallas-based company’s chief executive officer, said this week in a statement.

Procter & Gamble Co., the maker of Tide detergent and Head & Shoulders shampoo, last week said it’ll raise prices as much as 16 percent due to higher costs for plastic, energy and paper. The increases start in September and are the Cincinnati-based company’s steepest in at least 18 months.

The cost of fuel will continue stoking price pressures. Crude oil futures reached a record $147.27 a barrel on July 11 and have risen almost 90 percent in the past year. Regular gasoline, which topped $4 a gallon for the first time in June, kept rising this month, AAA figures show.

Food prices, which account for about a fifth of the CPI, increased 0.8 percent, driven by the biggest gain in the cost of vegetables in almost four years.

The report showed that food and fuel weren’t the only items on the rise. Costs for airline fares jumped 4.5 percent, the most since 2001.

Rents which, make up almost 40 percent of the core CPI, also accelerated. A category designed to track rental prices rose 0.3 percent after a 0.1 percent gain in May.

Today’s figures also showed wages decreased 0.9 percent in June after adjusting for inflation, the biggest drop since September 2005, and were down 2.4 percent over the last 12 months. The decline in buying power is one reason economists forecast consumer spending will slow.