Bob Dylan to Jakob : Be a Wallflower? 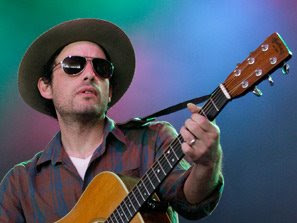 Has singer Bob Dylan staged the first protest of the 2008 Republican National Convention by persuading his son Jakob Dylan not to perform here in September?

That’s the talk in the Twin Cities, although neither Dylan was available to comment Monday.

This much is known: The Minnesota Agri-Growth Council was negotiating with Jakob Dylan and his band, the Wallflowers, to perform for 5,000 invited guests at a nonpartisan industry bash called AgNite on Sept. 2, the second night of the Republican convention.

Representatives had agreed on a performance fee, although no contracts had been signed, said Daryn McBeth, executive director of the agribusiness trade group. Then, the deal fell through.

“The lead singer of the band, his dad is Bob Dylan, and I’m told he (Bob) weighed in and encouraged them not to do it because of the political nature of what’s going on in town that week,” McBeth said.

McBeth tried to relay the nonpartisan nature of AgNite, noting it was a celebration of America’s food industry. GOP conventioneers are definitely welcome, he said, but Democrats and independents are, too. No matter.

“The deal was dead at that point,” McBeth said. “I don’t know how Bob got wind of it, or if his son and the band communicated it to him. But (the gig died after) the concern about politics, and maybe Bob Dylan’s feeling about the state of Minnesota and his son’s band playing in his home area.”

Still, the AgNite show will go on. The gala has booked the group Styx, which will perform at the historic Milwaukee Road depot in Minneapolis.

The bash is being produced by event showman Paul Ridgeway and promises a glitzy multimedia celebration of the ag story for delegates, journalists, visiting VIPs and others. There will be no speeches.

Styx has sold some 17.5 million records, according to the Recording Industry Association of America, and is most famous for such late ’70s and ’80s hits as “Come Sail Away” and “The Best of Times.”

The Styx. production and booking firm, Freestyle Productions, had no comment on the Dylan matter. But the company’s Chris Tahti did note that AgNite is shaping up as “a fantastic event, it should be the afterparty of the convention that night. It should be the place to be.”

Calls and e-mails to the Dylans’ record company and their publicists were not returned. Jakob Dylan is scheduled to appear tonight on “The Tonight Show with Jay Leno” to promote his new solo album, “Seeing Things.”

Born Robert Zimmerman in Duluth, the elder Dylan grew up in Hibbing and attended the University of Minnesota before striking out for New York and immortality. Though noted for his songs of protest, he has largely avoided taking an active role in partisan politics — although last month he spoke admiringly of Democratic presidential candidate Sen. Barack Obama.

That hasn’t stopped partisans from trying to tap the Dylan legend. During the 2004 Republican National Convention in New York, U.S. Sen. Norm Coleman introduced Minnesota’s delegate vote saying, “Minnesota native Bob Dylan said, ‘Times they are a-changin’.’ They are changing in Minnesota, with our great young Republican governor Tim Pawlenty, half of our Washington delegation being Republican ….”
Unlike in years past, even big-name entertainers, including both Dylans, now rent their services to perform at private parties and corporate events.

In 2007, the Los Angeles Times wrote about the practice, quoting the manager of several top acts, who said that for most bands now, “There are two questions: ‘How much does it pay?’ and ‘Where does it fit on my cringe meter’?”

McBeth, with the AgriGrowth group, said early negotiations with the Wallflowers seemed encouraging.

“I think it was a fit with where they were touring,” McBeth said. “And evidently, the venue and nature of our event was fine. And then, I’m told, Bob Dylan got them to think otherwise.”

[Tom Webb is a political writer for The St. Paul Pioneer Press. His work can be found at http://www.twincities.com. Politico and the Pioneer Press are sharing content for the 2008 election cycle and during the Republican National Convention.]

1 Response to Bob Dylan to Jakob : Be a Wallflower?