The Fog of Big Money Causes Loss of Sight 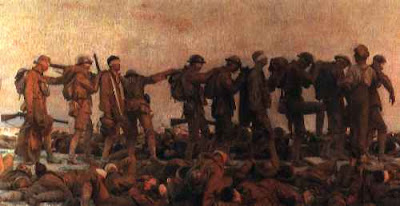 The Sierra Club Sells Out to Clorox: Lost in the Fumes
By Karyn Strickler / April 9, 2008

In 2004 I was recruited by grassroots activists to run, as a reform candidate, for a spot on the national Sierra Club Board of Directors. At the time, I believed that election was going to be a battle of the old guard versus the reformers. I thought then that the old guard wanted to maintain power for power’s sake and perpetuate the status quo. Reformers wanted stronger protections and fewer compromises on environmental issues and more grassroots involvement in the process.

All efforts at reform were squished that year, and for a long time to come, when reformers were overwhelmed by a masterful public relations campaign orchestrated by Sierra Club executive director Carl Pope, who deceptively, but successfully made Club members, the nation and the world believe that the Board was about to be taken-over by an anti-immigration, hate group.

In the 2004 Board election, a group whose membership is still a mystery, called Groundswell Sierra, orchestrated a bizarre independent expenditure-type campaign on which there were no spending limits and no reports, in apparent violation of internal Sierra Club policies and California law. By my estimate, Groundswell spent as much as half a million dollars to elect the old guard — a group of Board members who were hand-picked by, and the human equivalent of rubber-stamps for Carl Pope.

Beyond the detrimental effects within the Sierra Club, the Groundswell tactics took the focus off of direct assaults on the environment posed by the Bush administration. Squelching all reform candidates’ chances didn’t stop industry from taking the tops off of our mountains and dumping them into our streams or making our air and water human health hazards. It didn’t reverse global warming. The orangutan still faced extinction along with countless other endangered species and their unique habitat. Extractive industry continued to destroy our public lands, profiting a few at the expense of many.

Still, in 2004, even reformers did not imagine that Carl Pope and his Board of rubber-stamps would partner with Clorox, the manufacturers of deadly toxins that threaten the natural world. Supporting Clorox’s “Green Works,” will not diminish the production of their noxious chemicals. The partnership will allow the kind of green washing with which Sierra Club members, activists and chapters do not want to be associated.

Everyone is wondering how much control of internal Club policies Clorox’s money will buy. One thing is certain: The fog of big money, mixed with chlorine gas and the bright lights of power that come from being players in the political game of compromise — has caused Carl Pope and the national Sierra Club board to completely lose sight of the path to true environmental protection.

Karyn Strickler, political scientist, activist and writer can be reached at fiftyplusone@earthlink.net.

This entry was posted in RagBlog and tagged Environment, Social Action. Bookmark the permalink.